Home » Blog » Stocks » An Overview of the Pharma Industry in India

An Overview of the Pharma Industry in India 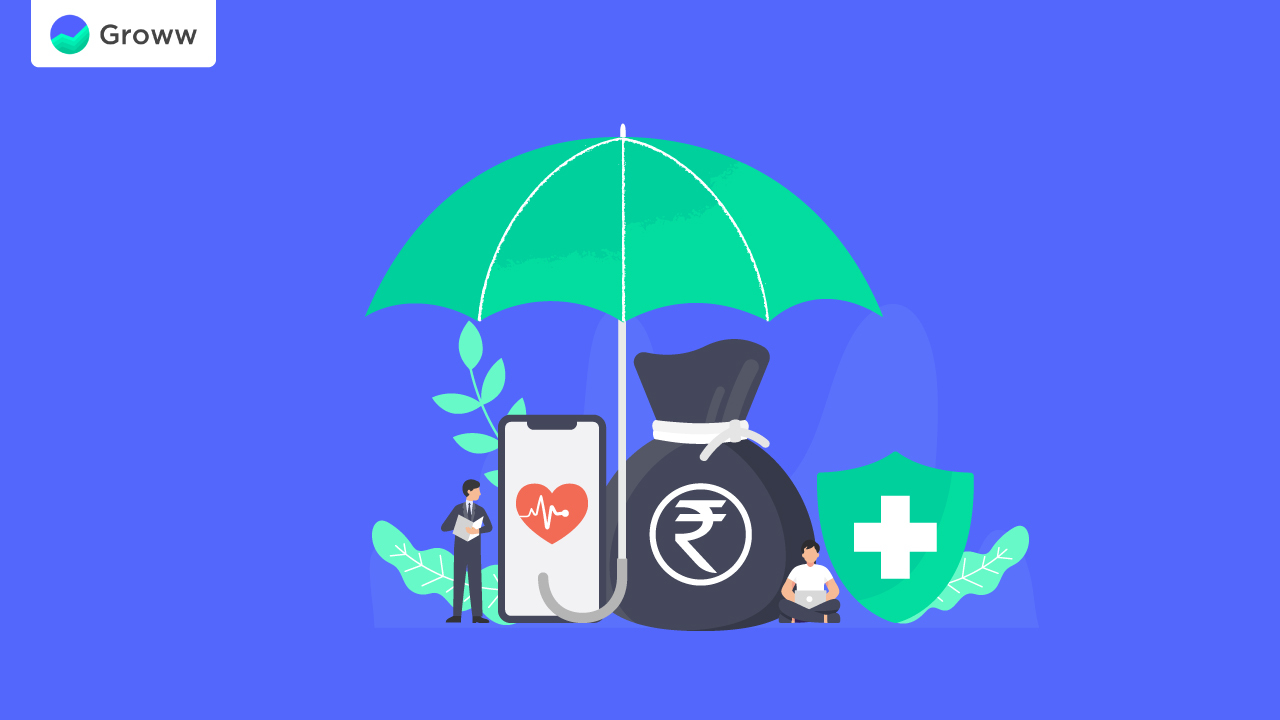 India is home to around 1.3 billion people or to put it differently, 1/7th of the world’s population. While this is a demographic advantage in many cases, the onus lies on the healthcare industry to maintain the health of the people. Government data says that India’s domestic pharma market turnover reached Rs 1.4 lakh crores, which is equivalent to $ 20.03 billion in 2019. This is a 9.8% jump from Rs 1.29 lakh crores (US$ 18.12 billion) in 2018. Healthcare industry in our country is available in both private and public spaces.

In 1969, Indian pharmaceuticals had a 5% share in the domestic market and global pharma had a 95% share. By 2020, Indian pharma has almost 85% share. The Ministry of Health & Family Welfare regulates the industry in our country. Given our population, our government’s focus on the sector, both financially and administratively becomes extremely important. If you have been considering the pharma sector for investments, here’s an overview of the industry to help you in your analysis. Read On!

Evolution of the Pharma Industry

One of the initial developments in the industry was the introduction of the patent bill. The patent bill was first introduced in 1970. The bill helped the Indian medicine industry to be less reliant on the U.S. intellectual property laws. While this may have eased production and manufacturing domestically for a few years, India’s entry into WTO in 1995 brought in many changes: price control,  trade restrictions, to name a few. It became more expensive for homegrown companies to manufacture a drug that is patented in another country.

Many thought this could write off the Indian pharma industry completely but there were a couple of factors that helped the industry to stay afloat.

At this point, during the late 1990s and early 2000s, the Indian pharmaceutical industry was just reprocessing drug patterns developed in the other countries. However, later into the decade, our investment into homegrown R&D infrastructure started to pick up.

India’s institutionalised norms, standards and practices for an R&D wing aided the industry’s growth to bring it to where it is today. The Indian pharma industry can produce quality drugs at a cheap cost because of the R&D backup.

Other than R&D, lower cost of labour as compared to other countries, availability of management and technical personnel and local equipment’s availability for manufacturing drugs has helped us to manufacture drugs at a very low cost.

Other significant developments were the expansion of the National List of Essential Medicines. The NLEM brought more than 10% of the medical industry under price control by the middle of 2016. A series of price cuts on antibiotics, antidiabetics, cancer and blood pressure drugs followed this development. Also, with the National Pharmaceutical Pricing Policy Act 2012 (NPPP), the government had started the practice of specifying a ceiling price for some drugs.

More than 25% of Indian pharma exports are to the U.S. The U.S. Food and Drugs Administration is responsible for maintaining public health in their country. India accounts for around 30% of the generic drug supply to the U.S. Therefore, any drug being sold in the U.S. warrants scrutiny and site reinspections for the Indian companies by the FDA.

This is why you must be hearing news on U.S. FDA inspections on many of the sites of our companies. As our pharma export volumes to the U.S. are significant, the FDA inspection on the R&D labs and sites is a norm that follows. Indian R&D provided a stable support system to the industry, helping it to adapt to changing market conditions.

Performance of the Sector Over the Years

In the last 10 years, the BSE Healthcare Index has grown at a CAGR of 12% per annum and the Nifty Pharma returned around 10.94% per annum in the past nine years. Nifty’s performance during the same time frame is 12.28% per annum and Sensex 12.72% per annum. Recently with the spread of the coronavirus, pharmaceutical sector and mutual funds that invest in the pharmaceutical sector have performed better than its peers. BSE Healthcare has returned 47.23%  so far this year and Nifty Pharma has returned 44.83%. With the expectation of a vaccine and all the efforts by the industry in curbing the spread of the virus, investor confidence and the demand for pharmaceutical securities seems to have risen.

In equity funds, the pharma category has returned around 51% since the start of this year, according to Value Research. This is the highest among all subcategories under equity funds.

Growth Drivers and Opportunities of the Industry

R&D Infrastructure: An Indian pharmaceutical company spends anywhere between 2-10% of its revenue on R&D. Strong research and development activities helps the industry to move forward in combating any unforeseen circumstances or any ongoing ones. India’s R&D infrastructure is lauded by many because of the cost-effectiveness, upcoming biotech industry, government initiatives, upcoming biotech industry and more.

U.S. FDA Compliance: A prominent growth driver is that we have one of the highest number of FDA compliant plants outside of the U.S. This speaks volumes about our medical infrastructure.

Low-Cost Production: Labour and production are way cheaper in India than many other countries. Hence, we are able to produce drugs and vaccines at a much lower cost. A FICCI report states that the cost of manufacturing formulations in India is at least 30 to 40% lower than most other foreign destinations.

Huge Workforce: The supply of local medical talent into the industry is larger than most other countries. With one of the youngest populations in the world and many of the youngsters picking up the medical profession, the country sees a huge influx of aspiring medical students joining the industry. This is an essential growth opportunity If the government can tap onto this resource with strong academic infrastructure. If medical education can be regulated better, with more professors and increased medical seats, this huge workforce can be tapped.

Health Insurance: Most of the medical expenses in India are largely funded out of the pocket. This means that most of it is paid by the citizens and very less is covered by health insurance. Health insurance is critical to the growth of this industry and thus is a budding opportunity for the industry.

Medical Technology: Upscaling medical technology also provides us with a growth opportunity. Government research conducted three years ago valued the medical devices industry $5.2 billion in 2017. Robust medical technology is one of the main pillars as it plays an important role in the delivery of healthcare services.

Self-reliance: India still depends a lot on foreign countries for the import of key raw materials in APIs and intermediates. With the current situation at hand, the industry has a great opportunity at hand to reduce its reliance on imports and explore domestic sourcing locations.

Digital and technology: Usage of new digital technologies and advanced analytics can upscale the industry’s growth. Manufacturing, R&D, quality, sales, supply chain, pharmacy and many other sectors where usage of technology can be a significant growth driver.

Challenges Faced By The Industry

Newer diseases: The year 2020 has placed enough evidence on the table in this regard. The novel coronavirus has shaken the entire globe by its roots. As of October 22, 2020, and roughly 6-8 months into the first incidence of the vaccine, we are still awaiting a definitive cure. This is an example of one of the challenges this industry faces: to constantly update infrastructure and R&D to combat new diseases and develop a cure for existing chronic diseases. Nevertheless, the markets have reacted positively in the hope of a vaccine and pharma is one of the only sectors which performed better than other sectors during March and April.

Curbing Costs: Everything gets expensive with the time. Rising costs and inflation also leads to rising medical costs. Making health accessible and affordable for all is a great task. The government has already initiated efforts in that direction with the Ayushmann Bharat initiative. However, considering that inflation is a dynamic metric, curbing medical costs will remain an ongoing challenge.

Medical infrastructure: This includes hospitals, medical colleges and education, medicines, pharmacies, small medical centres, labs, vaccines, machines that are used in procedures, the manufacturing infrastructure for medicines and everything that keeps the industry in place.  Maintaining the quality of infrastructure and expanding it to all urban and rural areas is also a challenge to the company.

Foreign regulations: Many companies receive a lot of their revenues from medical exports. The regulations and compliance norms of foreign countries is a challenge that Indian pharma companies have to face. Trade restrictions, exports and import regulations, customs and taxes and many other caveats that come when international trade comes into the picture.

A couple of companies have the WHO approval to manufacture the covid vaccine. An example of such an attempt is the tie-up between the University of Oxford and Serum Institute of India (SII) to mass-produce the AstraZeneca vaccine. While there has been no development as the vaccine is not out yet, few vaccines in India are progressing in their trials.

Government sources say that expenditure on medicines in India will grow at least 9 to 12% in the next five years or say, making India one of the top 10 countries in terms of medical spending. That places a lot of responsibility on all the stakeholders; private pharma companies, the government, regulators and international cooperation to maintain the general health of the public. The future of the industry depends on the medical infrastructure’s ability to develop a formidable fight against chronic diseases and any other challenges that the industry is faced with.

Disclaimer: This blog has been published in association with  DSP Mutual Fund.