Home » Blog » Stocks » Most Expensive Stocks in the World

Most Expensive Stocks in the World 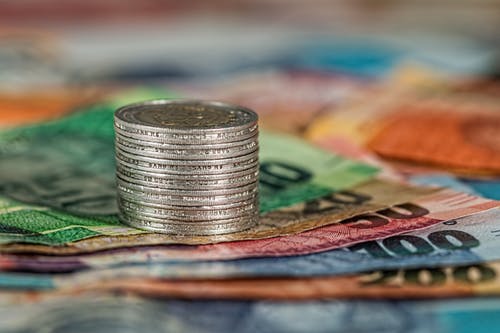 Well, you have got to look for the haystack, because honestly, what Is the point of looking for the needle? The stock market is immense and growing every single day. Somedays, it does things that can take you to breathe away, and sometimes it does things that can bring you back to life. So let us look at a stock market so large, and the most expensive stocks in the world.

Here let us look at the 10 most expensive stock of the world, going from number 10.

Top 10 Expensive Stocks in the World

Here we have listed the most expensive top 10 stocks in the world in a ascending order:

Alphabet Inc. Which is also the new name of Google. This name was given after it was restructured in August 2015. The company’s shares trade in NASDAQ. Google, which was founded in 1998 by Sergey Brin and Larry Page. It started off as a search engine. Today the company has today branched into the fields of biotechnology, venture capital, telecommunications equipment, health care, computer software, and more. Alphabet Inc.’s market cap is $751.58 billion and it has earned a revenue of $110.86 billion in the year 2017. India-born Sundar Pichai is the CEO of the company, and Larry Page continues to be the CEO of Alphabet Inc.

The Indian-based company – Madras Rubber Factory (MRF) Limited was a surprise new entry on this list. The company’s stock price has soared in current times. Thanks to increased revenue of late. It is India’s largest tire manufacturer and has a 24% market share of the tire industry in India despite the entry of cheaper Chinese imports and more.

Markel Corporation; is a financial holding company founded by Samuel Markel in Virginia in 1930. The company has an interesting origin, that is no doubt. In 1920, a new law stated that all buses and taxis should be insured. Markel was not able to find an insurance company for this purpose, so he founded a mutual insurance company named Mutual Casualty Association. Later, the name of the company was changed to Markel Corporation and it has its headquarters in Henrico County, Virginia.

Markel Corporation is also a company that is among Fortune 500 companies of the world. It specializes in giving coverage for hard-to-place risks for a range of markets, which include: yachts, ATVs, and motorcycles, environmental pollution, inland marine coverage for fine art collections, event cancellation insurance for sporting events, concerts, and weddings, reinsurance for high-risk enterprises such as oil rigs, and agricultural and equine risks.

Amazon is a company that is America’s biggest eCommerce and is based in Seattle, and it was also founded by the world’s richest man today – Jeff Bezos. They sell products like toys, books, jewellery, apparel, and much more. It also makes and sells consumer electronics like kindle and ebook readers. It is a leading player in the electronic infrastructure service. The stock price(Amzn) of this company has been rising for the past years.

Thinking to invest in US stocks? Why don’t you filter them based on sector first using the US Stocks filter

Booking Holdings Inc. Is a company that was formerly known as the Priceline Group. The company’s NASDAQ ticket has also changed to BKNG. Booking.com had the second-largest travel agency brand share in the year 2020 globally behind Chinese firm Ctrip. It provides travel services in over 220 countries through six online brands.

The company was founded as Ryan Homes in 1940. It had changed its name to NVR, which was incorporated in 1980. NVR Inc.’s main business is associated with home building and mortgage. They are a company that constructs and sells buildings and homes under the brand names Heartland Homes, NV Homes, Rymarc, and Ryan Homes. The company constructed more than 365,000 homes. NVR Inc.’s current CEO is Paul C. Saville. The company reported revenue of $6.30 billion in the year 2017 and net income of $537 million for this year.

Seaboard Corporation is a company that is among the Fortune 500 giants with revenue of $5.81 billion in the year 2017. The company’s main business is pork production and processing, as well as ocean transport. On a global level, Seaboard is also involved in commodity merchandising, grain processing, sugar production, and electrical power generation. The company owns 30 container vessels currently. Seaboard Corp. employs about 23,000 people every year and is headquartered in Merriam, Kansas.

This is a British MultiNational company for footwear, clothing, and retail-based products. It operates with more than 700 stores worldwide. Next also operates in three main channels: Next Retail, which is a chain of 550+ retail branches in the UK and Ireland; Next International, in which it has more than 180 international stores; and Next Directory, which is a home shopping catalogue and website with over three million active customers.

Lindt & Sprüngli AG, which is popularly known as Lindt. It is a Swiss confectionery and chocolatier company that was founded in 1845. It is a company that is renowned for chocolate bars and truffles, among other sweets. The company began way back in 1836, when David Sprüngli-Schwarz and his son Rudolf Sprüngli-Ammann purchased a small confectionery shop in Zürich.

Berkshire Hathaway Inc. – is indisputably the numero uno in this list of most expensive stocks in the world. Its shares are traded at $303,100.00 per share right now. Berkshire Hathaway is a multinational conglomerate that owns the companies FlightSafety International, NetJets, Fruit of the Loom, GEICO, Helzberg Diamonds, Lubrizol, Dairy Queen, and BNSF. The company does have a significant minority holding in blue-chip companies like Apple, American Express Coca-Cola, and Wells Fargo.

These are some of the most expensive stocks in the market right now, but this number can keep changing. As we know that the market can fluctuate, and it would never stop with external and internal factors taking the ups and down every day.