Groww was awarded the 2nd best performer in RFD category in Karnataka for the financial year 2017-18.

The award was presented by Mr Ashishkumar Chauhan, MD and CEO of BSE (Bombay Stock Exchange) on the 8th of July, 2018. It was received by Mr Harsh Jain, COO of Nextbillion Technology Pvt Ltd, the parent company of Groww.in. 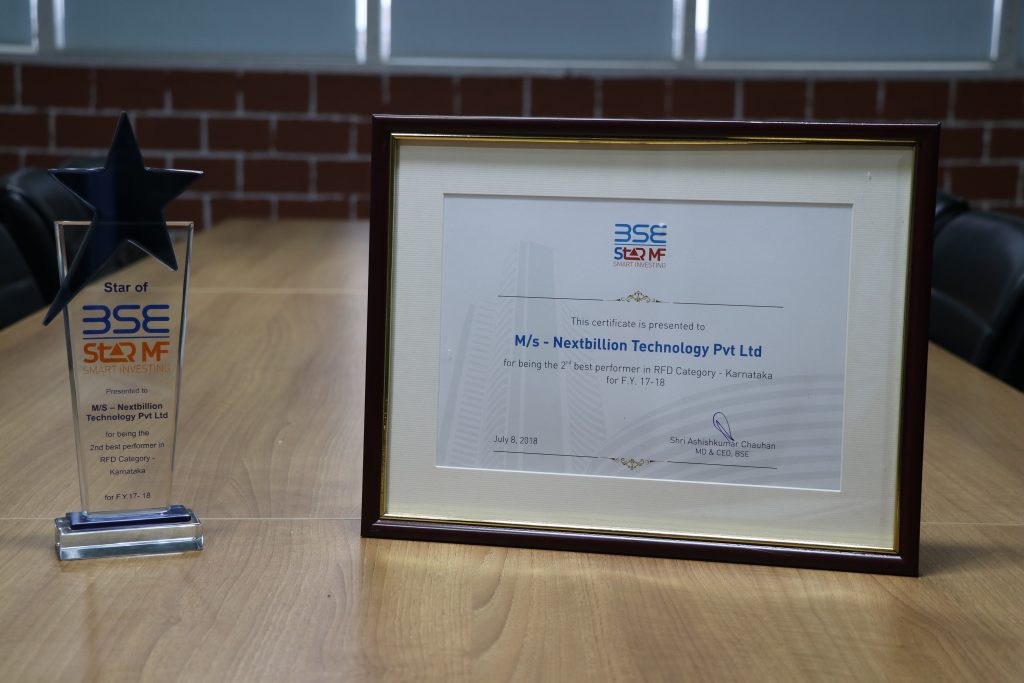 It provides distributors a platform to invest and redeem mutual fund units on behalf of their customers.

Nextbillion Technology Pvt Ltd is a registered distributor with BSE Star MF and uses the platform for mutual fund transactions for its customers.

Only distributors registered with the Association of Mutual Funds in India (AMFI) are allowed to use the BSE Star MF Platform.

BSE or Bombay Stock Exchange is Asia’s first stock exchange and claims to be the fastest exchange in the world with a median trade speed of 6 microseconds per trade.

It is located at Dalal Street, Mumbai.

It is the 10th largest stock exchange in the world and has a market capitalization of $2.3 trillion.