Home>Blog>Mutual Funds>The Mid-Cap Sector Revives, but Why Should Investors Be Careful?
SHARE

The Mid-Cap Sector Revives, but Why Should Investors Be Careful?

The mid-cap sector has undergone a roller coster ride since 2017.

If we have to dissect the performance of 2019 in two parts, let us look at the following two charts. 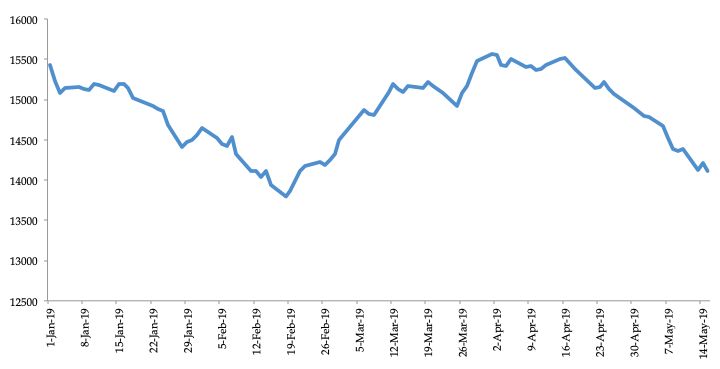 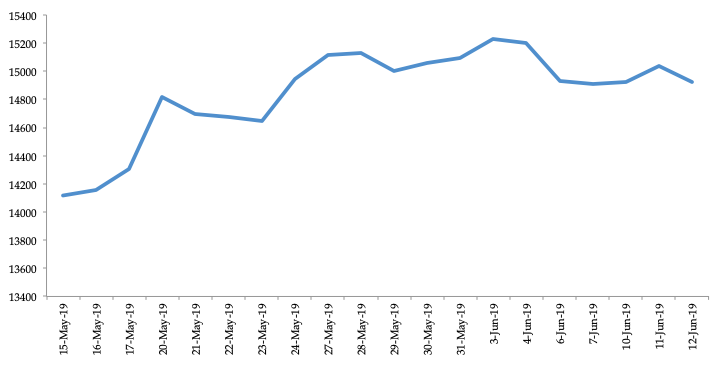 Clearly, the second chart shows positive returns. This is the period after May 15, 2019 – the period when it was pretty much clear regarding the verdict of the general elections 2019.

While we accept the fact that people mandate has been magnificent with the party of the prime minister gaining majority share in the lower house of the parliament, the victory isn’t immune to the slowdown in the economy which it is lingering with currently.

If we have to talk of the economic situation in India, the Reserve Bank of India (RBI)’s cut in growth estimate for fiscal 2020 from 7.2% to 7% is a testament to the fact that the path to economic recovery appears daunting.

Is the Slowdown Different this Time from the Past?

In India, the slowdown, this time, is different from any time in the past three decades. In the past, the downturns were majorly driven by global outbreaks such as currency volatility and high oil prices, geopolitical tension, trade barriers, and the likes.

However, this time around, the nation is in the middle of a structural slowdown. For the first time since the liberalization of 1991, the country is facing a downturn due to a decline in private consumption. The economy is facing a sharp decline in its savings rate in two decades.

On the one hand, the private capital expenditure has remained sluggish for the past few years, the consumption engine that was pulling the economy all this while is losing its steam on the other hand.

Also, the economy is facing the problem of piling bad loans in formal and shadow banks (non-banking finance companies).

How Has the Consumption Pattern Been?

If we see the consumption pattern currently, the private consumption breakdown is reasonably broad and structured. Housing demand has remained sluggish for several years now.

Also, the automobile sales have a slowdown in the recent past with the weakest performance coming in the fourth quarter of fiscal 2019.

This decline has compelled some large automobile players

even to shut down their plants in the running month. In addition to automobile, the fast moving consumer goods (FMCG) sector is also seeing a decline in volume growth over the past few quarters, particularly the fourth quarter of fiscal 2019.

We believe the ongoing consumption slump in the economy is a mix of the decline in savings, credit, income, and business confidence. These factors have resulted in the synchronized collapse of demand in credit-driven sectors such as housing, auto, and consumer durables.

RBI and the Slowdown

The complexity of slowdown has compelled the RBI and the government to take measures that may only aggravate the pain over time. Despite three consecutive rate cuts by the central bank, the interest rate has not seen any cooling down. We believe a shrinking deposit base coupled with a tepid growth rate in deposits have not allowed the banks to transmit the rate cut to the borrowers.

Also, the RBI has denied any direct or indirect lines of liquidity for NBFCs despite the government’s willingness to bail some of the names.

Now, due to fiscal pressure and a possible contraction in revenue, the government is likely to cut spending, which could have a ripple effect on the slowdown intensifying further. So, the situation is more like a vicious cycle now, and the government will have to take some severe measures to break this cycle.

When an ailing economy needs a massive dose of funds, the funding pipeline of government dries up due to the rising deficit and sinking revenues. Thus, the segment mainly mid-cap is not likely to get any fillip immediately with the victory of Narendra Modi led BJP.

BSE mid-cap has seen a decline since June 3, 2019 and many mid-sized companies rely on loans to meet the working capital requirement and thus are prone to liquidity tightness in the financial system.

To conclude, we can say that growth has to come back, but the situation doesn’t indicate it is coming any time soon. This, as an investor, remain cautious of the economic situation before taking any bets in the capital market.

The main aim for investors currently should be a scout for fundamentally sound businesses, that have scalability options and are trading at a discount.

An investor should look for companies in the segments such as insurance and consumer-focused sectors where the impact will be short-lived.

Do you like this edition?
LEAVE A FEEDBACK
Disclaimer
The stocks mentioned in this article are not recommendations. Please conduct your own research and due diligence before investing. Investment in securities market are subject to market risks, read all the related documents carefully before investing. Please read the Risk Disclosure documents carefully before investing in Equity Shares, Derivatives, Mutual fund, and/or other instruments traded on the Stock Exchanges. As investments are subject to market risks and price fluctuation risk, there is no assurance or guarantee that the investment objectives shall be achieved. NBT do not guarantee any assured returns on any investments. Past performance of securities/instruments is not indicative of their future performance.
Want to invest?
Open a Groww account & start investing. It's fast & 100% free.
GET STARTED
Recent Posts
Related Posts
Top 10 AMCs (Asset Management Companies) in India - 2021A Guide to SEBI's New Categories of Mutual FundMarkets are Down- Should I Sell Mutual Funds or Buy More?What Is The 15*15*15 Rule In Mutual Funds?What Are Emerging Market Funds : 7 Best Emerging Market Funds In India (2019)
Asset Management Company(AMC)
SBI Mutual FundHDFC Mutual FundNippon India Mutual FundAxis Mutual FundUTI Mutual FundICICI Prudential Mutual FundKotak Mutual FundTata Mutual FundIDFC Mutual FundSundaram Mutual FundInvesco Mutual FundMotilal Oswal Mutual FundAditya Birla Sunlife Mutual FundDSP Blackrock Mutual FundFranklin Templeton Mutual FundMirae Asset Mutual FundCanara Robeco Mutual FundL and T Mutual Fund