How Did Rakesh Jhunjhunwala Become a Billionaire? 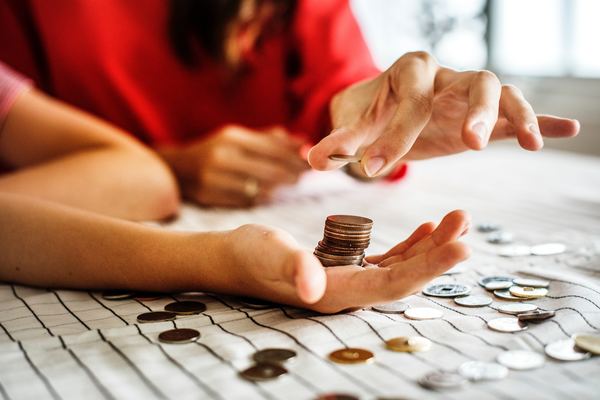 Popularly known as the “Warren Buffett of India”, Rakesh Jhunjhunwala is one of the greatest stock market investors India has ever seen.

In this article, we will discuss the stocks that Mr. Jhunjhunwala has invested in that have made him the king of the Indian of the stock market

So, Who is Rakesh Jhunjhunwala?

Born on 5th July 1960, Rakesh Jhunjhunwala is a stock market veteran. His father was an Income Tax Officer. It was due to his father that he got interested in the stock markets.

He would listen to his father talks about stocks and slowly, he started developing an interest.

Jhunjhunwala is also a certified completed Chartered Accountant (CA) and completed his education in 1985.

After completing his CA, he wanted to enter the stock market. However, his father did not help him financially.

He made his first profit in the company Tata Tea where he bought 5,000 shares of the company at INR 43 and sold them for INR 143 per share.

Today, he is one of the most famous and respected equity investors in India and manages his own portfolio as a partner in his AMC (Asset Management Company) Rare Enterprises.

His total net worth is estimated to be around $3 Billion (As on June 1, 2018). The popular financial daily newspaper, Economic Times calls him ‘The Pied Piper of Indian Bourses.’

1. Between the years 1986 to 1989, Mr. Jhunjhunwala made large investments in blue-chip companies including Tata Power Ltd., the price of which rose to INR 1200 each and made the asset of the veteran investor double from INR 2 million to INR 5.5 million.

2. One of his early investment also includes Sesa Goa, now called Vedanta Ltd. He had bought almost 400,000 shares of this company which was under severe stress due to fall in the prices of iron ores.

3. Jhunjhunwala also made an investment in Praj Industries Ltd., which is an Indian ethanol plant sector stock.

He held it for a long time (bought when the index stood at 5,500 and sold when the index was at 12,000 points) thereby generating an appreciation of nearly 250 percent in the stock.

Buying 8 crore shares of Titan Ltd. in 2002-03, this stock has provided Jhunjhunwala with immense wealth. As of today, the stock is trading at roughly INR 930 as compared to an average price of INR 5 that Mr. Jhunjhunwala had bought the stock at.

This highlights the fact that Mr. Jhunjhunwala believes in the concept of long-term investing and has been still holding the stock of Titan Ltd.

It also reflects how he has aced the art of identifying stocks at a very nascent stage. And once he is sure about a stock, he buys the company in huge numbers, as in the case with Titan Ltd. and many other stocks.

In order to keep a track of this stock, he even questions the management every quarter which is telecasted live.

Rakesh Jhunjhunwala is one of the largest holdings is in Lupin Ltd. (Currently holding 80 lac shares of Lupin Ltd.).

He had purchased the stock several years ago at an average price of Rs. 150.

Today, the price of Lupin stands at around Rs. 843 (excluding dividends and bonus shares) thereby, generating huge returns for a veteran investor.

This credit rating stock, which is the Indian subsidiary of S&P Global, has been a favorite stock of Mr. Jhunjhunwala.

He owns roughly 40 lac shares of CRISIL Ltd. In absolute terms, it has generated returns of more than 3000 percent.

This stock is in the construction space. Absolute returns generated by this stock have been more than 700 percent as per the recent data.

Top holdings of the big bull are placed in stocks such as Mandhana Retail in which he holds a little over 12 percent, followed by Viceroy Hotels in which Mr. Jhunjhunwala has invested by about 12.2 percent, and in Escorts he holds 9.1 percent.

Rakesh Jhunjhunwala believes that his greatest knowledge in the market has been making mistakes and learning from them.

He has always thought the markets to be supreme. According to him, if we do not get this principle right, we will never be able to earn money in the long run.

He has been a harbinger of India’s growth story and believes that the bull market is here to stay. Going by a simple calculation he makes that if Indian households save $1 trillion every year and of that even if $100 billion flows into the equity markets, it will be a huge bonanza for the markets.

Though a lot of Indians invest in the market, we have witnessed only a few like Rakesh Jhunjhunwala who has been so consistent in producing returns.

It is worthwhile to know that he follows the concept of buying right and keeping that particular stock in his portfolio for a long time.

If we follow this simple concept and develop the attributes of patience and discipline, we are sure to benefit in this world of investing.

0 Comments on "How Did Rakesh Jhunjhunwala Become a Billionaire?"