With ever rising interest in cryptocurrencies, there is a need to understand about all that these coins have to offer. More importantly, it is now very important to understan what differentiates one coin from the other.

Below, we explore Cardano ADA, a coin from our list of top 10 cryptocurrencies in the world.

Even as they have skyrocketed to prominence in the last couple of years, most cryptocurrencies have had chaotic growth trajectories.

Scandals, hacks, and disagreements that resulted in hard forks have brought a bad rep to their ecosystem.

Cardano is a blockchain project founded by Charles Hoskinson, co-founder of ethereum, to “provide a more balanced and sustainable ecosystem” for cryptocurrencies.

According to its website, ADA is the only coin with a “scientific philosophy and research-driven approach.”

In practical terms, this means that its open-source blockchain undergoes a rigorous peer-review process by scientists and programmers in academia.

How Does Cardano Work?

ADA is the cryptocurrency behind Cardano, and it is used to receive and send digital funds.

The developers feel that digital cash, like Ada, shows how the money will be in the future. It allows for quick direct transfers with guaranteed security thanks to cryptography.

In order to use Ada, investors must use the Daedalus wallet, which is a hierarchical deterministic, multiplatform, secure wallet designed specifically for this cryptocurrency.

The wallet is simple to install, and it allows you to view everything and even search for transactions. You use it to view specific information concerning the state of the blockchain.

It also features encrypted spending passwords and private keys for added security and the ability to be exported into a paper certificate for cold storage.

Ada redemption can be via unencrypted or encrypted redemption certificates, and users can configure the transaction assurance level. 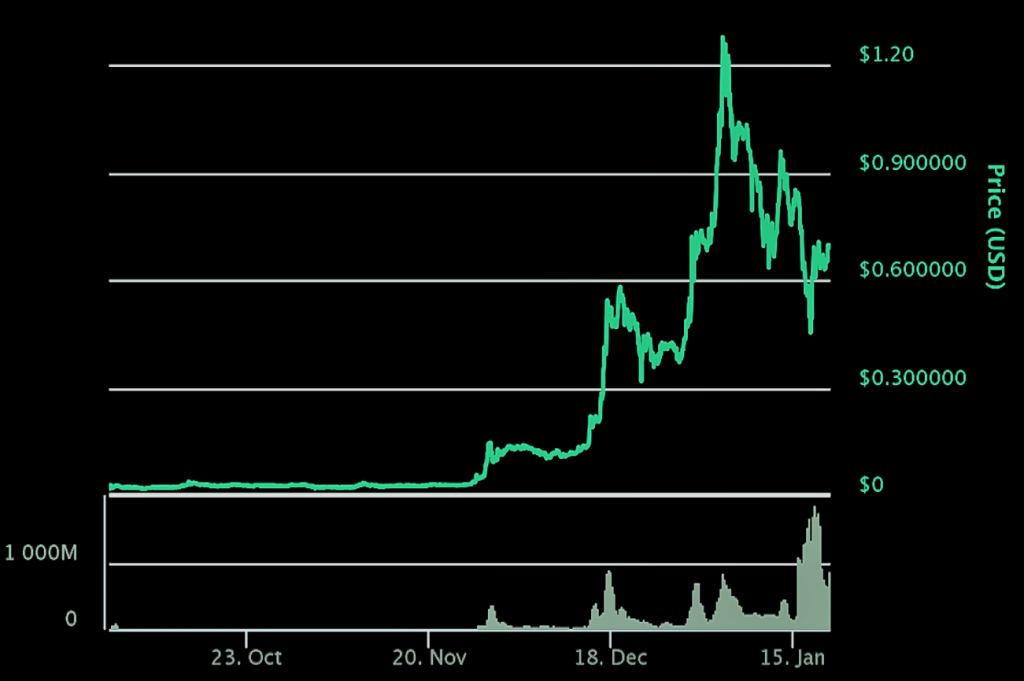 Should I Invest in Cardano?

Since it was launched just a few months ago and is already approaching the top 10 cryptocurrencies in terms of market capitalisation.

For investors, such a well-performing cryptocurrency can be tempting, and no one wants to lose an opportunity at investing. Before you do that, though, there are a few things you might want to read about it.

Further, the entire concept of cryptocurrencies is in a state of infancy right now. The cryptocurrencies are being transactional purpose and not for people to make capital gains by trading them on stock exchange.

Critics have charged that an approach modeled on Proof of Stake could end up as a plutocracy, where nodes with highest stakes would run the show.

Even as it conducts research to refine its algorithms, the Cardano foundation’s roadmap indicates that a complete version of its technology will be released during the second quarter of this year. A more comprehensive evaluation of its prospects can only occur then.

The cryptocurrency also faces fierce competition from other cryptocurrencies in a crowded ecosystem. Litecoin, a bitcoin offshoot, is angling for a similar role for daily transactions. Dash, which has inspired Cardano’s approach to governance, also has identical aspirations. Ripple might provide strong competition to Cardano’s ambitions of becoming a bridge between the existing financial system and cryptocurrencies.

Cardano boasts an impressive pedigree and a long-term vision for its blockchain and cryptocurrency.

But it is still early days. While its initial use case is as a cryptocurrency, Cardano’s blockchain intends to expand beyond coins into a control layer that will provide services absent in the cryptocurrency ecosystem today.

Given that it is still early days, much depends on the execution of the vision.

The blockchain was released only in September 2017, and the limited number of nodes within its network are all controlled by the foundation.

Hoskinson has said that its data scaling efforts will not bear fruit until 2019. Several innovations in the system, such as its aim of standardizing protocols, are still in research phase and will be implemented only as Cardano’s use cases grow. In its current state, Cardano’s technology is also unproven.

Now after weighing all the risks and opportunities involved in ADA coin, it seems that it is a big gamble to invest in cryptocurrencies. Because the future prospects of these assets are highly uncertain and the risks involved clearly outpace the benefits that come along.

If you have a penchant for making quick money then rely on the expertise of Small-Cap fund managers and invest in these instruments which significantly reduce the risks involved and simultaneously promise great returns.