8 Things You Need to Know About Ripple XRP

As with so many other cryptocurrencies, Ripple has recently shot in popularity with new investors betting their money on this coin.

Nobody quite knows how this will perform in the long run though many are betting heavily on Ripple. Here’s all you need to know about Ripple. 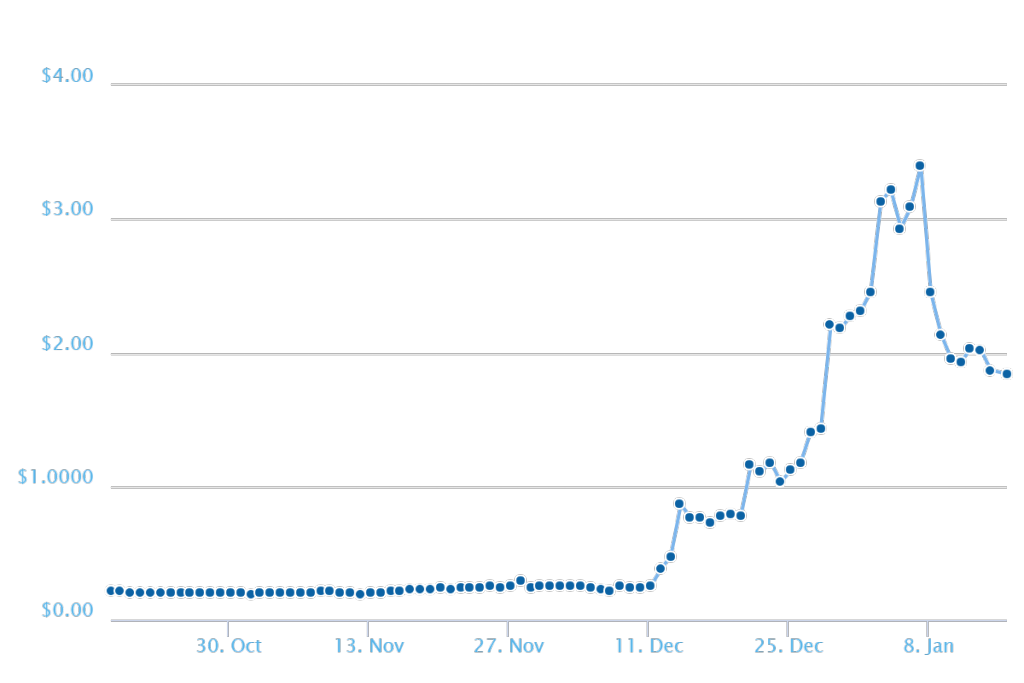 3. Should I Invest in Ripple XRP?

Investors should be considering what role Ripple might play over the course of the next several years?

The number of institutions that have partnered with Ripple has exceeded 100 and is growing almost daily and very rapidly.

But the biggest threat is competition, development of more innovative payment systems that would be similar or even better, technologically more sophisticated, offering an even more attractive alternative using a different coin as a bridge currency.

So the amount of money being transferred via Ripple could decrease substantially, or even wipe out XRP usage completely.

Moreover, many banks and financial institutions have started developing their own cryptocurrencies for the use of interbank transactions.

Unlike other cryptocurrencies, XRP coin cannot be mined. The protocol has XRP units that can come in the market to 100 billion units.

Where the founders have 20 billion units with themselves and plan to circulate the remaining 80% in the market. Out of this 80% also 67% units are still held by the founders.

Now the prices of the coin are strongly under control of the founders they can anytime flood the markets with extra coins making the markets crash.

Further, a fixed supply makes XRP a scarce resource. And the prices are a function of demand and supply. With supply being constant and speculative demand rising on an ever-increasing curve because of rumours in the market.

This may make Ripple a bubble which may burst the very moment the speculation ends and people begin to lose interest in XRP ownership.

5. Where Else Can I Invest?

Considering the degree of risks involved in cryptocurrencies, one can explore several other investing instruments, which provide a safer and more promising measure to park your hard-earned money.

One such instrument is  Mutual-fund.

As mutual funds are managed by expert professionals, even if there is some risk involved at times that risk is calculated and does not expose you to risks as astronomically high as cryptocurrencies.

If you want high returns and are open to risk then you can try investing in small-cap funds which is still better than diving in uncharted waters of cryptocurrency.

Here’s a list of some of the best small-cap funds: 3 Top Small Cap Funds. Some of these funds have given returns in excess of 60% per annum in the last 1 year.

6. How Does Ripple Work?

Ripple is more known for its digital payment protocol than its cryptocurrency, XRP. Ripple operates on an open source and peer-to-peer decentralized platform in any form, whether USD, Yen, litecoin, or bitcoin.

Ripple uses a medium known as Gateway that serves as the link in the trust chain between two parties wanting to make a transaction. Gateway acts as the credit intermediary that receives and sends currencies to public addresses over the Ripple network.

Anyone or any business can register and open a gateway which authorizes the registrant to acting as the middleman for exchanging currencies, maintaining liquidity, and transferring payments on the network.

The digital currency, XRP, acts as a bridge currency to other currencies. It does not discriminate between one crypto currency and another, and thus, makes it easy for any currency to be exchanged for another.

Holding balances with a gateway, exposes the user to counterparty risk which is also a risk that is apparent in the traditional banking system. If the gateway does not honor its IOU( I owe you ) or liability, the user could lose the value of his money held at that gateway.

Users that don’t trust a gateway, can, therefore, transact with a trusted gateway that in turn deals with the ‘untrusted’ gateway. This way the IOU will be with the trusted or creditworthy-certified gateway.

Individual distributed nodes decide by consensus which transaction was made first by taking a poll to determine the majority vote.

The confirmations are instant and take roughly 5 seconds. Since there’s no central authority that decides who can set up a node and confirm transactions, the Ripple platform is described as decentralised.

Ripple keeps track of all IOUs in a given currency for any user or gateway. IOU credits and transaction flows that occur between Ripple wallets are publicly available on the Ripple consensus ledger.

But even though financial transaction history is publicly recorded and made available on the block chain, the data is not linked to the ID or account of any individual or business.

However, the public record of all dealings, make the information susceptible to de-anonyminsation measures.

Ripple is a technology that acts as both a cryptocurrency and a digital payment network for financial transactions.

Ripple was released in 2012 and co-founded by Chris Larsen and Jed McCaleb. The coin for the cryptocurrency is pre-mined and labeled XRP.

Ripple allows for cross-border payments for retail customers, corporations, and other banks, and Larsen was quoted stating that “Ripple simplifies the [exchange] process by creating point-to-point and transparent transfers in which banks do not have to pay corresponding bank fees.”

The first bank to use Ripple was Fidor Bank in Munich, which announced the partnership in early 2014.

Now after comparing all the benefits and risks involved with a volatile resource like an XRP coin, we would like to conclude that considering the huge amount of risk significantly outpaces the benefit that comes along, it is better to explore other investment options.

Even, Mr. Warren Buffet, the greatest investor of our times is reported to have similar views on cryptocurrencies.

He said, “In terms of cryptocurrencies, generally, I can say with almost certainty that they will come to a bad ending,” he said. “When it happens or how or anything else I don’t know. But I know this: If I could buy a five year put on every one of the cryptocurrencies, I’d be glad to do it but I would never short a dime’s worth.”

The government of India is also warning investors against various threats that are associated with cryptocurrencies.