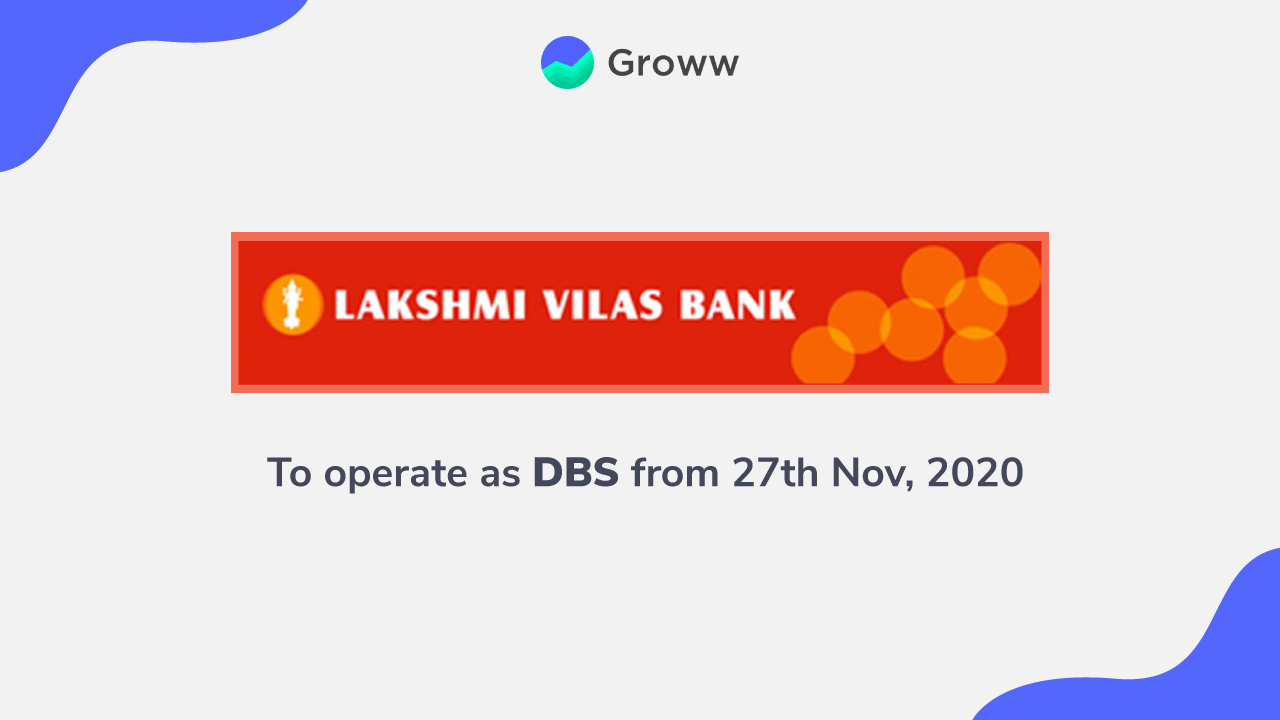 As per the latest update on the developments Lakshmi Vilas Bank, the moratorium placed on the bank by RBI on  November 17, 2020 is going to be lifted on November 27, 2020 November. The government had imposed a 30-day moratorium on the lender wherein the cash withdrawal was capped at Rs. 25,000 per depositor. The Union Cabinet has given a green signal to DBS India’s plan to take over LVB, effective November 27.

What Lies Ahead for Lakshmi Vilas Bank’s Customers and Depositors?

This merger of LVB with DBIL has come as a great relief for the customers, including depositors, as Lakshmi Vilas Bank will be operated as DBS Bank from Friday. This prompt step taken by RBI has made sure that the 20 lakh depositors and Rs. 20,000 crore worth deposits are secured.

The Reserve Bank of India (RBI), in the final scheme of amalgamation, has given DBS India the right to close down or merge all the LVB branches. Following which, all branches of Lakshmi Vilas Bank Ltd. across India will be operated as branches of DBS Bank India Ltd.

This will be the first instance where an Indian Bank is rescued by a foreign lender. This merger will provide DBS with LVB’s 563 branches, 974 ATMs, around 20 lakh depositors and 3,20,000 borrowers.

Further, DBS India, the local subsidiary of Singapore’s DBS Group Holdings, will be investing Rs. 2,500 crore while the equity reserves and surplus of the 94-year-old LVB will be terminated.

What Happens to LVB Employees?

All the employees of Lakshmi Vilas Bank will be a part of DBS India at the same terms. However, the LVB-DBS merger scheme does not guarantee the continuation of roles. DBS may hand out the services of some key managerial personnel for the same remuneration while there may a see salary revision for others in line with DBS Bank’s structure if qualification and experience fulfil the criteria.

As per the LVB-DBS merger latest news, the final scheme announced on Wednesday has not offered any rescue for equity shareholders whose shares have been written off.

A few hours after Union Cabinet’s approved the amalgamation of Lakshmi Vilas Bank Limited (LVB) with the wholly-owned subsidiary of Singapore-based DBS Bank in India, the decision of delisting its shares or debentures listed in any stock exchange was taken, on account of gazette notification dated November 25, 2020, issued by Department of Financial Services, Ministry of Finance.

The National Stock Exchange (NSE) said in a statement that the bank’s share trading will be suspended from Thursday, November 26. The amalgamation terms of Lakshmi Vilas Bank (LVB) with DBS Bank have not been pleasant for stock investors as the bank had a market capitalization of nearly Rs 500 crore till Tuesday, 24th Nov 2020.

What Led to Lakshmi Vilas Bank Merger with DBS in the First Place?

Some facts that best highlight the major reasons behind this action are listed below:

The private lender was constantly under RBI’s watch, during which it experienced the continuous withdrawal of deposits and also had low liquidity levels. This was not a sudden decision by RBI, rather, LVB was under the RBI’s Prompt Corrective Action (PCA) framework since September 2019. Under PCA, banks with weak financials are put under watch by the RBI. These banks are scrutinized based on three parameters – capital ratios, asset quality and profitability.