Home / Blog / Markets / Will the financial crisis of 2008 repeat itself? Here is a detailed analysis

Will the financial crisis of 2008 repeat itself? Here is a detailed analysis

The financial downfall of 2007 – 2008, also known as the sub-prime mortgage crisis of 2008, is considered to have been the worst economic downfall since the Great Depression of the 1930s.

The great financial crisis began in 2007 in the sub-prime mortgage market in the United States, and soon developed into a full-blown international banking downfall with the collapse of the investment bank Lehman Brothers on September 15, 2008.

Parameters that led to the financial crisis of 2008

We saw the first sign of the financial collapse in 2006, when the housing prices started to fall a bit.

During the period leading to this economic setback, the banks in USA had started providing loans to people of questionable credit (therefore the name sub-prime meaning the borrowers were not prime or considered credit worthy).

These banks also provided people loans up to 100% value of the houses they bought.

This credit push was also given thrust by the government because the median GDP in the USA was not growing in the last two decades.

Also, the interest rates for home loans had nearly touched zero during this time. Therefore, owning a house was considered to be an American dream which was thought to fuel the economic activity in the country by policy makers.

Further, it was exaggerated by the Gramm-Rudman Act that allowed banks to trade in profitable derivatives that were eventually sold to the investors.

These securities, popularly known as Mortgage Backed Securities (MBS) were backed by home loans as collaterals.

The MBS became so popular that all institutional investors in the world such as hedge funds, mutual funds and even pension funds started to purchase these securities.

Pension funds considered these to be safe as they had enjoyed AAA credit rating and at the same time these were insured by credit default swaps (CDS).

American International Group (AIG) sold these swaps in the market during this time.

However, when the housing prices started to correct, these derivatives that were bought also started losing value.

At this juncture, banks became cautious and knew that they will have to bear the brunt.

Credits in the markets froze as these banks were reluctant to lend each other during such times simply because they did not want to absorb mortgages that were worthless as collaterals.

Finally, the London Interbank Offered Rate (LIBOR) rose substantially. This led to the panic in the markets throughout.

The fall of Lehman Brothers

Lehman Brothers, which was one of the largest investment banks in the USA, collapsed on September 15, 2008 as they had too many toxic assets in their books. (Bear Stearns, one of the other biggest investment banks was saved from bankruptcy earlier as it was acquired by JP Morgan Chase at $2 per share from the highs of double digit. This deal was also facilitated by the Federal Reserve).

The crisis occurred in spite of the effort put in by Federal Reserve and Treasury Department to prevent it. This is when the housing price corrected by more than 30% in the United States.

Massive bail-outs of financial institutions and other monetary and fiscal policies were employed to prevent a possible collapse of the world economic system.

Nonetheless, this financial distress was followed by a global economic downturn known as the great recession.

Current situation of the markets worldwide: Why are investors bearish?

There are various risks that loom in the current juncture such as the trade war between USA and China which has not just affected these countries but other nations as well because these two countries are the largest in the world, both in terms of GDP and trade.

The impact of Brexit would be felt in major economies of the world.

The situation in the Asian and other emerging markets too don’t seem to be pleasing wherein we can see the plight of foreign investors who have been net sellers both in the equity as well as the debt markets.

We can see a significant correction in markets such as China, Japan, South Korea etc.

Not to forget, there has been a sudden change in stance by foreign investors on India and China which recently had been in the list of favorite countries to invest.

Rise in oil price is not supporting the cause of countries such as India and other oil importing nations.

China too has felt the blow of the trade war and major investment firms like JP Morgan has downgraded China from Overweight to Neutral.

All in all, investor sentiments all over the world can be considered benign.

What is the situation in India?

The recent happenings in India where there has been a major fall in the market (Sensex and Nifty have corrected by more than 10% in the last one month), given the IL&FS saga followed by rumors of Dewan Housing Finance Limited (DHFL) defaulting on its debt obligation, led to fear-mongering in the market.

This in turn severely impacted the NBFC space (especially the Housing Finance Companies-HFCs).

This plunge in the market post the rumour of DHFL has been followed by greater volatility, wherein stocks in all sectors and sizes have felt the brunt, whilst foreign investors are fleeing India.

Nifty and Sensex have erased all gains this year by the sequence of events that have panned out.

The macro-economic factors which were in India’s favour last year have changed for the worse today. As India is an oil importer, it has been severely impacted by the rise in the prices of crude.

This has resulted in a wider current account deficit (CAD). The monsoons which were expected to be above normal this year did not turn out as such and therefore the rural economy has suffered.

Though things seem bleak in India’s favour today, we should not forget that it clocked a GDP growth rate of 8.2% in quarter one of financial year 2019 which is still the highest in the world.

Will the world witness another financial downfall?

With tariff wars being played in the world, we can witness different rules and policies for different countries in one of the most important sectors i.e. financial firms.

For example, the European regulators are trying to ensure that there is more stress testing their banks while in the US, the Trump administration is trying to de-regulate and loosen the Dodd–Frank Act to enforce stricter regulation following the 2008 crisis.

More panic can be seen in emerging markets where Turkish lira has depreciated significantly against the US dollars.

This highlights the issue that banks hold foreign corporate debts estimated to be about $66 trillion.

Most of the foreign loans taken by Turkey were in US dollars which were taken when the interest rates were low.

Now, Turkey is facing a serious issue of paying back the debt, when its currency has depreciated. (Around 78% of the foreign loans held by Turkey is dollar denominated);

Non-bank mortgage lending has increased manifolds over the past decade, with these lenders providing bank like services but without taking deposits.

This is exacerbated by the rise of the so-called shadow banking, representing around 13% of the global financial system, with a large percentage allocated to China.

This industry is also growing rapidly in India supported by government initiatives backing this sector and given the high amount of NPAs in banks;

Are things the same as 2008? Can there be another recession?

Though there appear to be few cracks in the world economy because of various reasons mentioned above, the world today stands at a stronger footing than it was in 2008.

Unlike then, banks today are required to hold more capital, therefore we can say that they are less leveraged and have a stronger monetary position.

Secondly, we can also note that banks now hold less in the way of trading assets and the risk is limited substantially.

Overall, the system is much more solid from a financial viewpoint, and the provisions in case of any failure can be handled in a more stable manner.

The recession of 2008 was indeed a rare phenomenon and financial sysytems have changed for the better.

To wrap it up, though the world might witness pecuniary problems in the coming years, probably because recession is a part and parcel in an economic cycle, the great financial crisis of 2008  was a phenomenon in itself and is most likely not going to occur again.

Muhurat Trading: Everything you should know 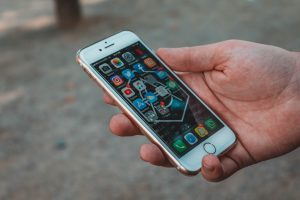 Is India Leading the Digital Revolution? 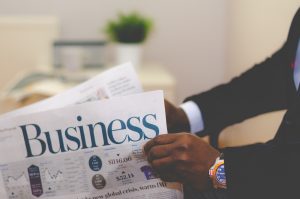 Newgen Software IPO: Should You Invest?

What happened in 2008? Market crash explained 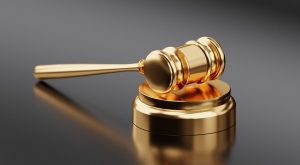 0 Comments on "Will the financial crisis of 2008 repeat itself? Here is a detailed analysis"