Why Ethereum Performed Better Than Bitcoin During the Downturn 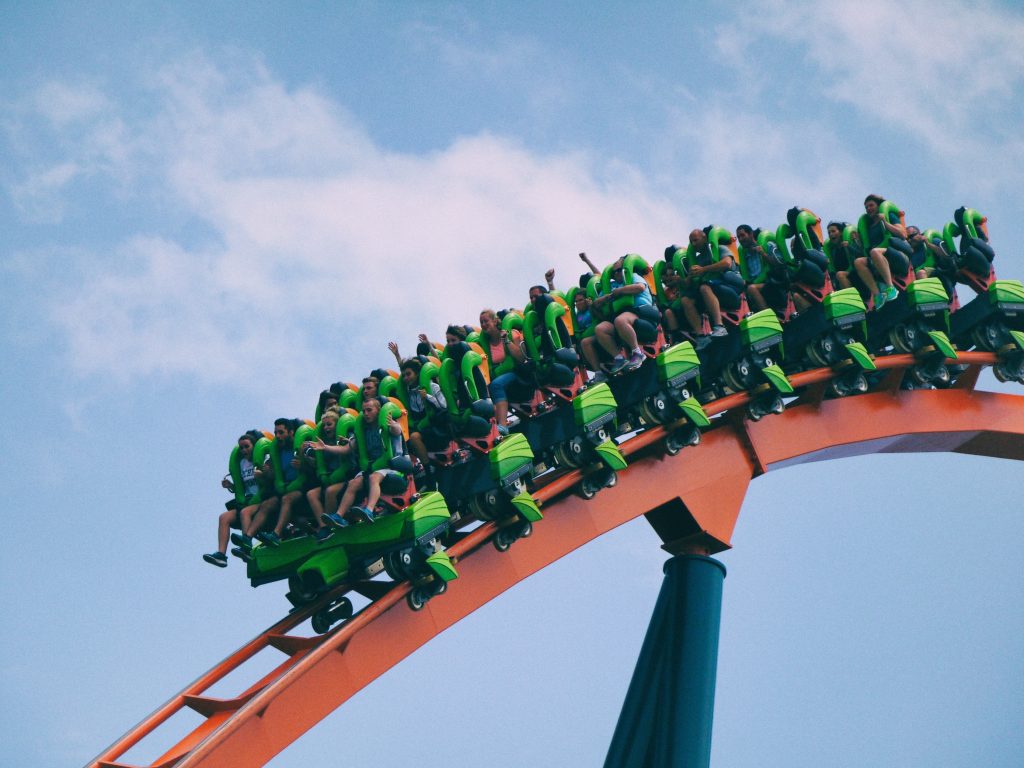 If 2017 was the year for cryptocurrency supporters, 2018 has been a prompt return to reality. The value of Bitcoin, which was raised over 1,000 % previous year, has reduced by approx 30 % so far this year, and many other coins have also come down.

If an investor wants to try and earn very good returns, he has got to risk of losing a lot.

One coin that has remained comparatively stable throughout the recent fall, though, is Ethereum.

In fact, the value of 1 ether has actually risen by 4.9 % since the beginning of the year, and its value compared to Bitcoin has increased by about 50 %. So the real question in the minds of investors is that what is it about Ethereum that has allowed it to move ahead without much trouble.

The short answer to this is that Ethereum is backed by a real utility that many other digital currencies like Bitcoin don’t have.

Rather than directing a small range of functions for which users could use the blockchain, he saw the possibility for a blockchain platform on which developers could build any application they like.

This would let software designers get all the advantages of blockchain technology decentralization, inalterability, security, etc without having to make their own personal blockchains.

That is the goal behind Ethereum, and so far it has been a huge success.

The main point of Ethereum is that it is not just a digital currency but a blockchain-based platform with many aspects.

There is a code behind Ethereum and they call it Turing-complete, which means it can run any program (or contract) that can solve most reasonably complex computational equations.

The Ethereum Virtual Machine (EVM) is a smart contract featured by Ethereum which uses its currency called ether for peer-to-peer contracts.

Ether along with other crypto-assets are held in the Ethereum Wallet; this wallet allows creating and using smart contracts.

The New York Times described the system as a single shared computer that is run by the network of users and on which resources are parcelled out and paid for by ether.

Much Faster and Greater Security

The blockchain stored applications are being used by Ethereum’s smart contracts for contract negotiation and facilitation.

A decentralized way to verify and enforce the contracts is provided by the blockchain. This decentralized aspect makes it incredibly difficult for fraud or censorship.

Because of the advanced blockchain, the things are recorded much faster than Bitcoin, mostly in seconds rather than minutes. The aim of these smart contracts is to provide greater security and bring down the associated costs.

Efficient and Number of Applications

One can either have a fluctuating amount in circulation or have a fixed amount of tokens based on predetermined rules.

Companies and organizations, which are looking for a robust and efficient network and blockchain, are attracted by the speed and flexibility of Ethereum’s blockchain.

Elimination of the need for a third party such as a lawyer, a court or any legal intermediary is an important feature of Ethereum.

The third party is generally required to complete a transaction, trade anything or establish a legal document.

Backed up by Major Institutions

Major Fortune 500 companies, start-ups, academics and technology vendors regrouped and made the Enterprise Ethereum Alliance the largest open-source blockchain alliance in the world.

The main objective is to create Enterprise grade software using the blockchain and capable of handling the most complex and demanding business applications.

There are 180 members in this alliance and the number keeps on growing. Microsoft, JP Morgan, Mastercard, ING are few among those 180 companies.

Ethereum helps to provide the organizational structure to get the idea off the ground apart from the help they prove for source funding.

One can collect proposals from the people who backed their project and then hold votes on how one should proceed.

The traditional expenses such as hiring managers and doing paperwork are eliminated. While its decentralized network means that one won’t face downtime, Ethereum also protects one’s project from outside influences.

Since its release in 2015, Ethereum’s network has become home to many decentralized applications or dapps.

Many of these dapps are still in the development phase and have yet to go live, but Ethereum has set itself up to be the foundation for a huge software ecosystem.

Here are some dapps already live on the Ethereum platform that should give an investor idea of the nearly infinite range of likelihood:

Ethereum not only gives developers a blockchain on which to make their applications, it also gives them an easy way to finance their projects on the network in the form of tokens.

These tokens, often called to as ERC 20 tokens means they are well matched across the Ethereum platform function similarly to shares of a company. Users purchase tokens to help fund software projects, while also receiving investment incentives like financial benefits or voting rights.

These tokens have become some of the most valuable digital currencies in the world, even before the start of their associated dapp. I

n fact, 17 of the top 50 digital currencies by market cap, not counting Ethereum itself, are ERC 20 tokens.

This means there is heavy amount of money invested directly or indirectly into the Ethereum platform.

All of this means Ethereum is more resistant to devaluation than other digital currencies like Bitcoin.

Bitcoin is similar to fiat currency in that it has value because people agree it has value. This gives Bitcoin stability, because every investor who has invested in Bitcoin is also invested in keeping it valuable.

But it also makes Bitcoin unsafe to prospective crashes if investors start to lose faith. If the faith goes away, there is nothing else keeping it afloat.

Ethereum does not fall victim to these same risks because it is more than a currency. It is a platform that gives a valuable service.

As long as Ethereum continues to see investment from developers who want to build on the network, the value of Ether is aided by meaningful capital.

If Bitcoin is like fiat, Ether is like gold, its value is more steady because it is partially backed up by an intrinsic usefulness that Bitcoin does not have. This is at least part of the reason Ethereum proved more tough during the recent crash.

All that said, it is important to keep in mind that Ethereum is still a very new platform and is a long way away from achieving its full potential. It has only a handful of very famous dapps, and developers are still getting used to programming for the network.

Therefore, much of Ethereum’s value is still speculative. But its ’s recent stability compared to other coins should inspire confidence in its future. As more and more dapps take benefit of the Ethereum blockchain in new and compelling ways, its value should continue to rise.

And assuming it can continue to prevent the dramatic swings that dominate the space, it may be setting itself up to become the industry leader.