Why the Bitcoin Prices Are Different on Different Exchanges 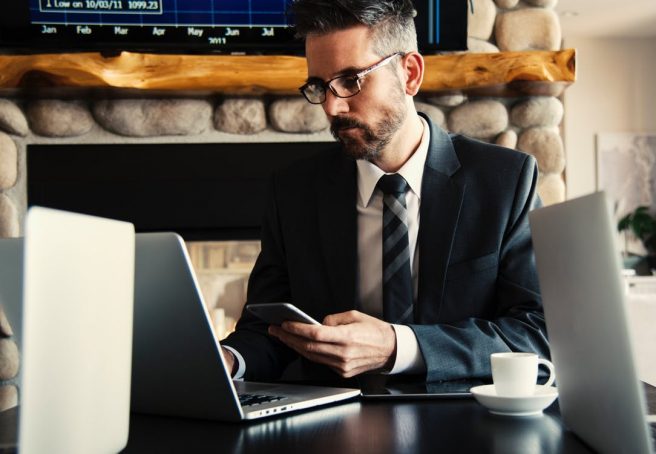 Different trading platforms are not synchronized with each other. Meaning their prices are independent of the other. It varies because the price in every platform depends on the traders. These varying prices on different exchanges are due to few things.

As of April, 2013 the size of Bitcoin was about 1.2 billion dollars and it dropped to 750 million dollars a few days later. The current market capitalization of some of the cryptocurrencies are:

While the total capitalization of the cryptocurrencies has surpassed $600 billion which includes those coins that have been lost therefore the real value is less.

The exchanges are a subset of the total market so those markets are even smaller allowing for greater variation in the prices.

The trading of the cryptocurrencies could be larger on some the big exchanges like Bitstamp, GDAX, etc and lower on small of the small exchanges.

This leads to a difference in supply of currencies in the exchange thus affecting the price. If the demand for a particular currency increases on the exchange but the supply is limited, following the law of demand and supply, the price goes up.

When the demand is low, the price goes down.

The volumes are limited since all the coins that are being mined, the quotes are only from online exchanges which constitutes a small set of the total coins that have been mined.

People do not take full advantage or arbitrage.

The price of cryptocurrencies are purely based on trading and there is no established common way to price thus nobody is aware of the cost of those currencies.

The price is actually balanced between what price an individual is willing to trade with to part with the currency and what the other person is ready to pay to acquire the same currency. The price transaction takes place between two individuals in an exchange once the upper and lower limits are identified and the price is decided thereafter.

When one exchange is very concerned about verification and accommodations, it will have very less volume and hence prices will be moving slowly. We can buy from any exchange where prices are comparatively low.

If Bitcoin is considered, it is relatively cheap to enter the market and cheap to trade in it.

Further for those who mined BTC when it was trading at a much lesser cost of a fraction of a dollar there was no issue uploading the same.

That is why the spread is so great.

The price that is being deduced after all supply and demand factors and analysis can stil be subjected to additional increase or decrease based on the country of operation, taxes, and margin.

The movement of money across exchanges is messy and inefficient requiring lots of collateral to do the task efficiently making it tough for the traders to arbitrage the differences across exchanges.

This allows the price differences to persist for longer than they would in a more efficient market.

As there is no global standard of pricing the cryptocurrencies, the prices traded at are not, in fact, guaranteed at all.

This is because most prices are calculated on an average estimate or at a recently traded price based on the transaction history on a popular exchange.

The investors should keep in mind that the actual cost of a cryptocurrency in an exchange is likely to be higher beyond the inaccuracies built into a price tracker or search engine.

The reason for this is the transaction fee charged by most of the exchanges. In addition, some traders favor specific exchanges as they have a vested interest or holding on there, so also need to take into account, bots, automated traders, and even time zone differences from different countries.

The correct price for a bitcoin, ether, or any other cryptocurrency is still, for the most part, dictated by public sentiment and large traders known as “whales.”

Since pricing is still largely speculative, and exchanges can be heavily influenced by one or two deep pockets, this further contributes to the inconsistency in price for exchanges.

There seems to be an infrastructure issue due to which the buyers currently cannot buy cryptocurrency across multiple exchanges at once again adding to the difficulty for arbitrage.

Arbitrage, or buying one asset at a low price and selling somewhere else for a higher price, is still quite challenging to pull off in practice though it may seem a great idea in theory.

With the current state of cryptocurrencies transaction networks as well as the accompanying fees, the inefficiency of the market would quickly eat into your margin of profit.

There are numerous individuals and organizations as well which analyses stocks and commodities. There is no restriction that prevents exchanges from performing similar predictions and manipulating a market based on the information to make profits.

Also, the commissions added by them leads to varying prices.

Thus the volatility, location, speculation, demand and supply, volume and all the associated factors add to the varying prices of cryptocurrencies in different exchanges.