Home » Blog » Markets » The Chinese Economy Is Slowing Down. Will it Affect India?

The Chinese Economy Is Slowing Down. Will it Affect India?4 min read 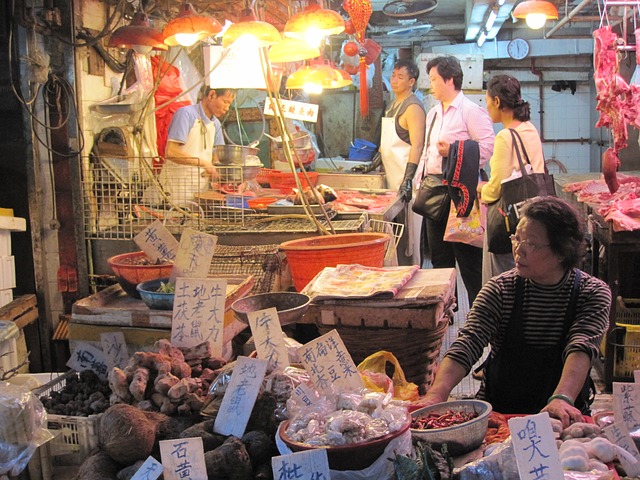 After nearly three decades of double-digit growth, China is slowing down as it is rebalancing its economy from a risk-prone export economy to a less volatile domestic consumption-driven economy.

The impact of China slowdown on India has been a topic of discussion since a couple of years now.

“Any slowdown in the Chinese economy is not likely to impact India as India is not a part of the Chinese supply chain. Instead, India is expected to offer an additional shoulder to the needs of the global economy”

However, ex-governor of Reserve Bank of India RBI governor Raghuram Rajan contradicted the government’s assertions and stated that

“China’s pain of economic slowdown can be India’s pain too.”

In this blog, we seek to discuss how Chinese slowdown is likely to impact India.

The numbers are alarming and are the latest reminder of the fact that the world’s second largest economy is going through a tough time, as the economy is in the midst of a bruising trade war with the largest economy, The United States.

Slowing growth of China, which has remained the lynchpin of the global economy, has resulted in rising concerns globally, as many companies (right from an automaker to a luxury brand) have been dependent on the Chinese market.

The economy continues to be weighed down by debt, and the impact of US tariffs is worsening the situation.

The problems in the Chinese economy and the ongoing trade war with the US has been seen as an opportunity for Indians. Several viewpoints say that slowdown is likely to impact India

It is an indication that India is inching closer to its five-times-larger neighbor.

But these assumptions need careful examination.

Let us first consider the extent of the slowdown of China’s economy.

The Extent of China’s Slowdown

It may sound alarming that China grew only 6.6% slowest in 30 years, but you should not forget the fact that 6.6% for a 13 trillion dollar economy is like adding half the Indian economy every year.

Thus, it may not be right to compare the growth rate of China when it was a $400 billion economy 28 years ago with that of the current number as the base is increasing.

Former foreign secretary Shyam Saran articulated in a forum that –

“If China continues to grow at zero percent and India grows at 10% for the next two decades, India shall be able to compete for the neck to neck with China. This sort of growth figure seems improbable”

Now, in the current scenario, the country has increased imports from India and in fiscal 2019 (until September 2018) the exports to China from India grew one third to $11.1 billion.

But the trade deficit continues to remain considerable with India importing $48.35 billion during the same period.

The Indian government has said it sees ‘a window of opportunity’ to expand India’s exports on several American agricultural commodities because of the trade war between China and the United States.

The government has already initiated discussion on exporting soybean, tobacco leaves and the likes.

Does it Provide Tremendous Opportunity for India?

Well, we believe India will see some trade advantages in the short term.

But whether this benefit would offset by the overall slump in China’s appetite for imports due to its troubled economy remains unanswered.

What About the Long-Term?

A recent report from Nomura Holdings found that there are other countries better placed than India who are likely to benefit if China moves out of production or if there is any import substitution.

Countries such as Malaysia, Japan, Pakistan, Thailand, and the Philippines are likely to benefit more than India when it comes to product substitution, as the effective tariff net of logistics is favorable for these economies.

In a scenario, where China goes out of production, FDI attractiveness would remain a clear decision maker. While taking into account FDI attractiveness, Vietnam emerges as a winner and India is likely to be placed fourth, behind Malaysia and Singapore (Source Nomura).

So, if you examine the above situations, India evolves with a mixed prospect.

People have argued that due to cheap labor and demographic dividend, India is likely to win and multinationals are likely to set-up plants in India. But we are far from that reality currently.

Apple CEO Tim Cook has pointed out that –

This has been wrongly attributed merely to low wages which aren’t real if you consider the median wage of the past decade.

Will India Benefit if China Moves out of Production?

The idea that industries like electronics or smartphones would shift to nearby Asian economy is unlikely. This is due to the fact of the integrated supply chain that China offers.

Per Cook, Apple could not make iPhones in America even if it wanted to, due to the production ecosystem, skilled labor, and other internal challenges. Thus, for Apple, shifting to smaller economies like India is fanciful.

So, what is more, important for India currently is its challenges at home and what we are doing to address them?

To conclude, if we have to distinguish the immediate short-term, medium & long-term impact on India with China’s slowdown, we would say that India would benefit regarding the trade of agricultural commodities, but the natural resources and intermediate inputs could see an impact in the short-term.

Also, hard commodities of which China was a leading consumer has been on the declining trend. This is likely to benefit India as the cost of constructing new infrastructure, especially smart cities is expected to fall.

But at the same time, the domestic manufacturers will face difficulty in selling, as China has resorted to aggressive selling to clear its inventory.