Sectorally, majority of the counters barring Information Technology, FMCG, and Banking ended the year in red. Regarding market capitalization, mid-cap and small-cap indices saw steep gains in 2017 but finished 2018 on a somber note.

Before we delve deeper into what can be expected in 2019, let us take a quick sneak-peek of the critical events that impacted Dalal Street in 2018.

When things go nuclear, markets are sure to react.

North Korea’s supposed missile tests struck investors with an uncertainty that made the first quarter of the year a tense affair.

India is a net importer of oil, and thus any northward movement remains a concern for the national economy. Brent crude oil climbed to $86.29 per barrel by early October, creating pressure on the current account deficit.

September saw the unfolding of NBFC and housing finance company crisis when one of the leading NBFC, DHFL fell as much as 55 percent in a single day when a mutual fund sold its commercial papers in a fire sale.

Also, the IL&FS debt crisis came to light when one of the credit rating agencies downgraded the investment grade bond to junk upon default.

However, the government took control of the debt-ridden IL&FS group via the NCLT route, and the board is replaced with the new one headed by ace banker Mr. Uday Kotak.

The Indian rupee remained one of the worst performing currencies in the Asian subcontinent in 2018.

6.Trade Tension Between USA and China

The month-long trade war between the United States and China created a sell-off amid Indian market mainly metal counter when the duo placed additional tariffs on each other’s imports.

Assembly election results in key states during the year has remained the talk of the town.

So, in a nutshell, 2018 has remained a year with a lot of surprises, ups, and downs, which resulted in a volatile market yet the market ended with a positive 5%.

What are the Challenges for the Economy in 2019

The economy is facing new challenges as we enter the new year.

For example, moderate food inflation indirectly indicates stress in the rural sector. It also signals that the massive increase of the minimum support prices announced during 2018 is yet to show any impact.

Also, the disruption in the NBFC and HFC that started somewhere in September 2018 has not shown any signs of improvement and the same could impact the flow of retail credit.

Lastly, the most crucial event, i.e.,d the general election is approaching which will be preceded by the Union Budget (during the election year the budget is not full but vote on account is presented).

It is likely that the current government take populist steps to secure the vote bank. This development could again risk the fiscal target.

In 2019, we believe Indian equities would take cognizance of the upcoming general elections (April/May) as one of the key triggers for the remainder of the year.

Also, events such as policy decisions by the RBI, end of the bond-buying program by central banks globally, escalation of trade-wars, the pace of foreign inflows would be other critical triggers for the market.

Despite all the challenges that the economy is facing, we expect the economy to continue to build up momentum primarily on the back of consumer demand and improved capacity utilization.

The duo is likely to lead eventually to a pick-up in domestic capital expenditure, particularly from the private sector.

The growth is also likely to receive support from low inflation, sharp fall in commodity prices particularly crude oil. Further, the back of the economy, the banking system is gradually getting back on its feet as incremental non-performing loans have started to come down and the pending big-ticket cases are getting resolved through the NCLT route.

Lastly, the government has remained committed on its agenda of ease of doing business, and we could see the improvement, whereby the rating of the economy has improved significantly catching the fancy of the global investors leading to global capital flows.

We remain positive about the economy due to improvement in the macro environment.

We do accept the fact that the political events create volatility in the equity market due to hopes and fear of the actions the new government could take.

For example, the government has waived off farmer loans, implemented a ban on alcoholic beverages near highways, etc.

These moves came as a surprise in many situations. The move doesn’t impact everyone. Only companies which are highly regulated or licensed and are engaged with the government directly or indirectly are affected.

What Does the Trend Show for Election Year?

If you look at the record, the Indian market has gained during the period before an election (both fiscal year and calendar year).

Thus, irrespective of the election result, the markets have overweighed the economic strength and growth potential in the long run.

Also, the vital event of assembly elections in states of Karnataka, Madhya Pradesh, Rajasthan, and Chhattisgarh is now behind us; the political outcome doesn’t seem to impact the equity market.

What do the Numbers Tell Us?

The Index of Industrial Production (IIP) increased to eleven months high in October 2018, when it was recorded at 8.1%.

The growth was highest in the consumer durables sector which grew in double digit. Among other industries, the major ones were machinery and automobile that witnessed healthy growth.

Also, the inflation (retail level) beat the expectation and cooled off to 17-month low owing to a decline in food, house rent, fuel, and energy sector.

What Should be an Investor’s Approach During the Year?

For an investor, we believe you should adopt an accumulation strategy of investing. Market indicators have improved resulting in investors entering the neutral zone from cautious.

To conclude, we believe the Indian economy shall grow faster in 2019 when compared to 2018 and the election outcome is not likely to play a significant role.

This is because the demographic dividend of the economy is expected to be on the front foot with a young population and their consumption demand for a better lifestyle.  Goods and services are likely to be more prominent this year.

Muhurat Trading: Everything you should know 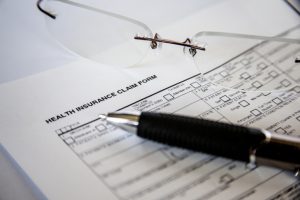 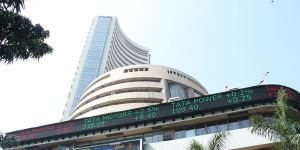 Will India Face a Financial Recession in 2019? 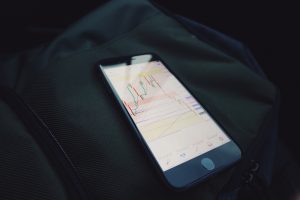 ICICI Securities IPO Details and Review: All You Should Know 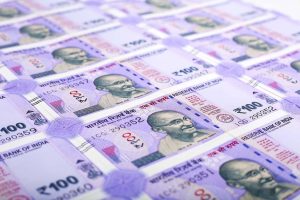