Home » Blog » Markets » Will India Face a Financial Recession in 2019?

Will India Face a Financial Recession in 2019? 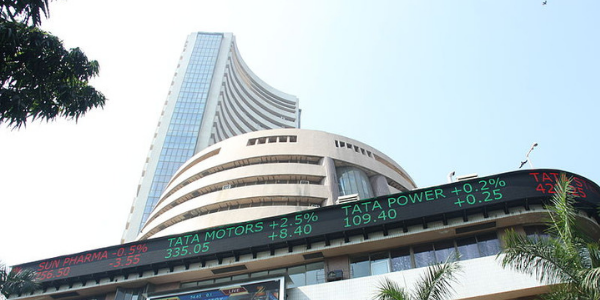 While economists perform exceptionally well when it comes to explaining the rationale behind the events that have already happened, it is equally difficult to predict what lies ahead.

Plenty of people have been asking about the chance of a crash in 2019. Something like the 2008-09 recession

The primary trigger for such a crash is likely to be a financial crisis whereby different companies, consumers and other entities have borrowed short-term money has funded long-term assets which eventually become unstable.

Experts believe such a scenario is not likely to happen in 2019, both at the global level or for India.

Status of the US Economy

Household finances are improving. Over the last few quarters, both, real asset and financial assets have grown nearly at 10%, whereas debt is up in the lower single digit.

This situation has resulted in a healthy gain in net worth.

On the corporate side, banks hold more capital concerning their assets when compared with the last recession.

If Not a Crash, Why Is Recession a Possibility?

One of the common reasons of recession for developed economies such as the US has been the error of the central bank.

The tightening of monetary policies (thus money liquidity) in the economy for a long-term has triggered the recession.

Identifying the error in real time is difficult. While bankers or policymakers could be making a mistake now, it would not be possible to detect it instantly.

When the economy is soft, and the central bank continues to keep interest rate low, there isn’t much chance of them triggering a recession.

Now with the central bank raising interest rates, the risk of a recessionary mistake is greater.

Another possible trigger for a recession in 2019 is the collapse in international commerce due to the ongoing trade wars.

If the outcome of the negotiation goes south, due to competing egos and economic ignorance, there is a high probability of recession.

Majority of the risk for the US is from China where the two superpowers have been engaged in trade war from a few months now.

Cutting exports to China is likely to hit the economy, though it may not be catastrophic.

On the other hand, reducing imports from China is expected to raise consumer prices and disrupt supply chains for American manufacturers, therefore, trade conflict is undoubtedly going to be bad for the US.

On similar lines, a slowdown in trade with Canada and Mexico is likely to be more harmful than China, given the regions are neighboring countries of USA.

Lastly, consumer nervousness is the final concern for the US economy.

The attitude is excellent currently and the growth of spending is in line with the growth of disposable income. If the consumers become wary of the future, there could be a slowdown.

While such a shift is not likely to happen anytime soon, the uncertainty around politics and factors such as war or terrorism could trigger a change.

After discussing the global economy (mainly the developed economy such as the US), let us now examine the Indian economy.

Indian Economy – Is the Recession Unlikely?

In India, the general elections are due in May 2019, which is considered to be a crucial event for the economy. We believe until the outcome of elections are out, the economy and the capital market would continue to remain restricted.

The performance of the economy is likely to pivot around these events:

Coming to the economy, with the expected decline in commodity prices (mainly metal) due to the trade war between superpowers, oversupply in the local farm market, declining crude oil price, controlled import and export, along with subsidy for food, are likely to keep inflation in check.

Also, controlled inflation along with low crude oil price and a renewed focus on fiscal stimulus from the government is likely to help rupee gain support against the US dollar.

The rupee can regain its lost ground of 2018. Thus, low inflation and low-interest rate shall ensure India does better among other countries.

Additionally, we believe the Indian economy has strong demographics that is likely to provide the much-needed cushion to growth and it will also act as a shield from any significant negative impact from the US-China trade war or global slowdown.

While the growth rate may see a correction of a few percentage points, the economy will continue to remain strong in 2019.

4. How Will it Impact the Capital Market?

It goes without saying that there is general pessimism in the global market currently.

Also, the Indian economy is venturing into general elections. Thus, the capital market is likely to remain volatile and range bound in the first half of the year.

Further, uncertainty in the first half might eventually give rise to the market performing better in the second half.

For India, it is unlikely that the economy will see a recession despite a weaker global growth outlook.

However, the economy will continue to struggle with strong growth until stable and positive data emerges from the major economies like the US, China, Japan, and the EU.