Will the Budget 2019 Affect Mutual Funds? 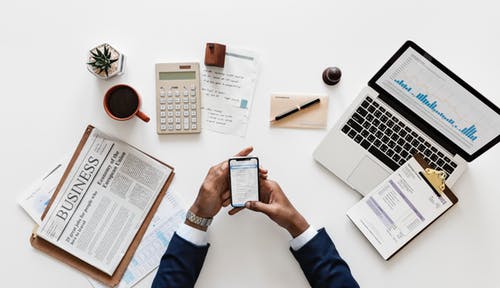 The interim budget of 2019 has brought a lot of interesting changes for the common man.

In this article, we will talk about how the budget 2019 is likely to impact the mutual fund industry.

The interim budget of 2019 provides a lot of benefits to farmers, unorganized workers and common middle-class people. A lot of changes were made to the taxation policies and frameworks.

These changes have a direct, as well as indirect impact on various asset classes, including mutual funds. The degree of impact may vary from one asset class to another.

This article will cover the various important announcements made in the interim budget of 2019 which could affect the mutual fund business industry.

There was no direct announcement made related to mutual funds. However, on account of the increased participation of the middle class,  investing via Systematic Investment Plans, there could be a positive impact.

This budget has major tax benefits for the middle class, especially for those with income less than ₹ 5,00,000. This could increase their participation in mutual fund investing.

The consistent growth in GDP, along with controlled fiscal deficit could aid FII investment in the mutual fund industry.

From the Horse’s Mouth

When it comes to mutual funds, let us have a look as to what the chief of the apex body Association of Mutual Funds of India has to say.

“Budget is pro-growth blended with fiscal prudence. Some of the steps like PradhanMantri Kissan Samman Nidhi, the new initiative aimed to take care of the distressed farmers, the pension scheme for the unorganized sector workers and the raising of the income tax exemption limits are very progressive and most welcome.

The Mutual Fund sector would benefit from the additional cash in the hands of the farmers and the increased savings for the salaried class.

Therefore, as mentioned above, the benefit extended to the middle class could boost the mutual fund investment in the country.

“The budget is positive for consumption and rural economy. We don’t see anything major negative on fiscal tax compliance, which will also improve due to higher slabs and ease which government is aiming at.

Lots of money is being given to the taxpayers by giving various benefits on direct taxes like increasing the threshold to ₹ 500,000, increasing the standard deduction by addition ₹ 10,000, tax rebate on notional income from second home & minimum support of ₹ 6,000 to farmers”

All these measures will fuel consumption & increase the top line of companies. However, there is slippage in fiscal deficit & likely increase in borrowings may have bearing on bond market. “

“As expected, the budget kept its focus on rural, small and medium enterprises and middle-class households.

While this is an interim budget and the actual realization of vision (such as the changes in direct taxes in favour of the middle-class) will have to wait till the roll-out of the full budget post the general election, it does set a narrative.

Coming to the markets, the thrust towards income enhancement is positive for the consumption oriented sectors. The bond market will have to grapple with the resultant higher market borrowing.

The bond market is faced with a mix of push and pull factors. From an equity market perspective, the budget would be seen as a positive event, given the continued focus on income enhancing measures. Market’s focus will shift back to global cues, political developments and earning trajectory.”

As he mentions, the positive effect of the income boost for the middle class could provide a flip to the equity market.

The interim budget of 2019 had a special focus on the farmers, workers in the unorganized sector and middle class.

The income boost provided by the announcement could indirectly aid the mutual fund investment by the virtue of increased participation in investments.

The overall growth plan for the country, along with the fiscal deficit could aid foreign investment in the mutual fund industry. The reason behind this is increased stability in growth and a stead fast growth rate.

As far as specific announcements related to mutual fund space is concerned, the budget did not have any.

Whether the sops provided to the middle class actually translate to increased investment into mutual fund, only time will tell.

As of now, the mutual fund industry is at a good place with regular growth and increased investment and participation, especially from domestic retail investors.