Home » Blog » Gold » What Is the Current Investing Trend in Gold

What Is the Current Investing Trend in Gold 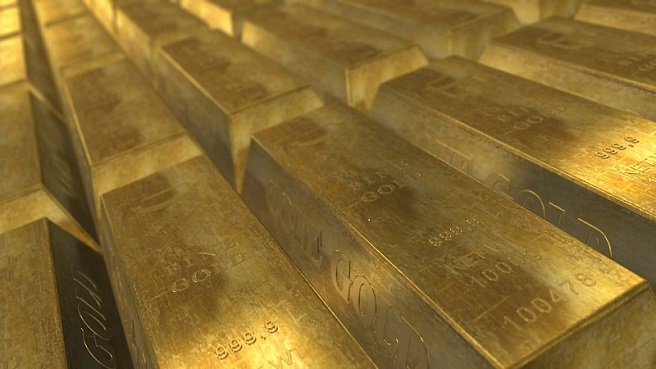 For as long as I can remember, Indians have been obsessed with gold. Since centuries, gold has been an integral part of Indian festivities, exchanged in different forms mostly as a gift.

This is a common practice observed in most parts of the country even today. Even though India has varying levels of wealth and a great divide among the rich and the poor, it is the largest consumer of gold.

In India, the wealth of an individual is assessed using the amount of gold he/she owns. Considered highly auspicious, gold has always found its place in religious ceremonies across religions in India. However, it is only until a few decades ago, that people started treating gold as a valid investment option.

You can invest in gold in two ways; paper form and in physical form. For instance, Exchange Traded Funds (ETFs), gold Mutual Funds (MFs), and Sovereign Gold Bonds (SGBs) are a common way of investing in paper form. The physical means to possess gold would include jewelry, bars, and coins.

1.Why Should You Invest in Gold?

Investment in gold can be considered beneficial for the majority of the Indian population because of its high utilization, especially in physical forms. Given below are a few more reasons why you should consider investing in gold.

The first and most important aspect of investing in gold would be the diversification of the portfolio. Diversification has the potential to expand returns by putting resources into various zones of investments. Further, this would each respond in a different manner to a similar occasion in the market.

Most experts believe that, despite the fact that it doesn’t guarantee against loss, diversification is the most significant element of achieving long-run monetary objectives while limiting danger. In addition to that, most of the assets available in the market do not influence gold’s price significantly.

However, if the values of shares go down, you may see a negative relation between gold prices and equities.

2. Save Yourself from Inflation

Inflation occurs when the average level of price increases for selected goods and services over a period of time. This phenomenon is widely experienced in India, a common example being the enormous hike in oil prices. One may be able to dodge inflation to some extent by investing in gold.

The value of money goes down when inflation increases. In the long haul, the worth of almost all significant monetary forms has deteriorated with respect to gold. Subsequently, individuals tend to hold cash in the form of gold. In times when inflation stays high, especially in double digits, over a more extended period in the economy, gold acts as a fence against inflationary conditions.

During the time of national crisis, people tend to turn towards their savings in terms of gold. This is because of the value of the gold which rarely goes down in some cases.

However, if there is a lack of trust in the government, the prices may go up. This happens because everyone tends to invest in gold at that time.

In case of an emergency, you can easily access your money, unlike other assets. In contrast to numerous resources, in most cases, there is no lock-in period in gold ventures. However, the final sum which you may receive will depend on the quality of the gold, and factors like the market price.

On account of the paper gold, the recovery sums are dependent on the market cost. You may further take loans if you are short on funds.

5. Gold as a Fixed Asset

The investments made in gold are highly driven by the gold rates prevalent in the market. It is a preferred investment option for common investors because gold is well-perceived in our country.

We have seen the United States dominate the oil market since the World War. Apart from that, it was also able to influence the values of a few other commodities during the spoils of the war. It managed to make its currency command the entire world.

Due to the same reason, the prices of gold and dollar appear to be related conversely. However, there is not much evidence and logic available to support the argument. A possible explanation could be the faith in the dollar. If the value of the dollar deteriorates, the prices of gold shoot up.

It is as simple as that! If there is an increase in demand, the prices shoot up, and vice-versa. However, if the gold is going weak, people would invest in dollars instead, resulting in an even lower value for gold.

The interest rates are one of the main influencers, which truly affect the market image of the metal. However, any difference in loan costs in currency markets can be related to an increment or decrease in the cost of the gold.

The amount of gold produced would affect its price. The huge production of gold can bring down the cost of gold not far off, as the supply of this item will increase. At the point when the cost of gold is rising or the economy is backing off, the creation of reused gold will, in general, increase.

Gold prices are highly determined because of the confidence of the people in the government. It may further increase or decrease the price based on the demand subsequently.

They may liquidate the market according to their wish by buying or selling gold. This, in turn, could lead to a subsequent increase or decrease in the price of gold.

The people’s faith in the government highly drives the gold prices because the people look for a ‘safe’ investment with secure returns.

Gold ought to be a significant part of a diversified portfolio. Despite the fact that the cost of gold can be unstable temporarily, it has constantly kept up its incentive over the long haul. As the years progressed, it has filled in as support against inflation and the disintegration of significant currencies.

It is seen as a source of wealth and status of an individual. This belief is not going to change anytime soon. Therefore, investing in gold if desirable and can turn out well for you in most cases. And most importantly, look out for the dollar!