What Is Alpha And Beta In Mutual Funds? 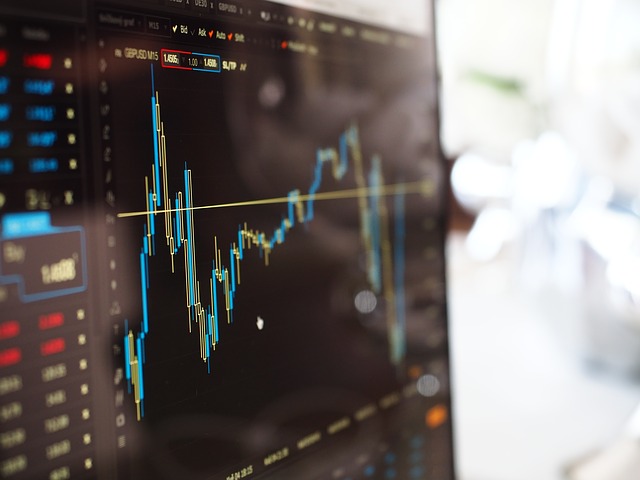 In the financial market, the two most commonly used instruments are alpha and beta. These instruments quantify the performance, response, and interaction of a Mutual Fund in the stock market.

There are several other measures or methods instrumental in gauging a fund’s performance, namely Standard Deviation, Sharpe Ratio, P/E Ratio, and R-Square. These measurements, along with alpha and beta are employed to determine which fund is statistically performing better compared to its peers.

A benchmark is an index that sets the standard against which performances of securities, funds, etc. are measured.

The baseline for alpha in Mutual Funds is 0.

The baseline for beta in Mutual Funds is 1.

In case of beta, value 1 suggests that a specific fund responds to market volatility equivalently, i.e. the shift in its price is equivalent to the benchmark movements. A value above 1 represents that a specific fund demonstrates a more significant shift in its price compared to benchmark movement. A value below 1 represents the opposite.

Why Alpha and Beta Ratios Important?

When selecting a Mutual Fund to invest in, whether it’s a capped fund, ELSS, or etc., it is paramount to gauge its past performance to make informed decision for investing.

Ratios are an essential tool in determining a fund’s history against different market phases. It also helps produce substantial data to reckon its prospects in the future – growth potential, sustainability, risk factor, etc.

Although these predictions might vary from actual results, it still provides a significant picture to the prospective investor for his/her decision.

The alpha ratio in Mutual Funds is valuable to an investor as it helps him/her to determine whether an asset or fund is worth pursuing depending on the asset manager’s capability to earn profits.

Similarly, a beta ratio in Mutual Funds offers investors the data on the degree of the volatility a Mutual Fund displays in response to market fluctuations. An investor can determine which fund would be best suited to meet his/her financial objectives.

Suppose, the beta ratio of a specific Mutual Fund is 0.7 or 70%; it means the fund is 0.3 or 30% less volatile than the benchmark index. A Beta ratio value of 1 indicates a lower risk and lower growth potential compared to ratios at par or above 1.

Investors with a low-risk appetite would always prefer a lower beta ratio in Mutual Funds as it indicates a steadier response to a volatile market condition. Similarly, investors with the investment objective of higher returns would prefer beta ratios of 1 or more than 1.

Beta is also a significant factor when gauging the Capital Asset Pricing Mode or CAPM. It denotes the expected rate of returns of an asset or fund. This data aids investors to decide whether to include a specific fund in the investment portfolio or not.

Calculation of Alpha and Beta Ratios in Mutual Funds

Alpha can be calculated alternatively by using CAPM. As CAPM is indicative of the expected returns from a specific fund, any figure deviating from the same is the alpha.

Suppose, an ELSS Fund’s CAPM was shown as 5%; later, its actual returns turned out to be 8%. This difference is indicative of the fact that the asset manager was able to produce 3% more profits than was anticipated.

Variance, on the other hand, is directly relevant to a fund’s price deviation from its average or mean and represents the price volatility of that fund across a period.

The beta Mutual Funds formula is Covariance/Variance of Market’s Returns.

Apart from alpha and beta, there are several different ratios which quantify a fund’s performance. These ratios help substantiate the history of an asset and are further used to compare with other assets of the same kind. These ratios are –

It is used to measure the variation of a set of data from the mean or average. In case of Mutual Funds, standard deviation indicates the digression of Mutual Fund returns in different phases of the market from the average or mean as calculated prior. Financial advisors and investors use this data to gauge a specific fund’s volatility.

It is used by investors to measure the return provided by a fund in comparison to the risk it carries. The process of calculating the Sharpe ratio includes deducting the risk-free rate from the mean figure. Simply, it helps analyse the profits earned from varying degrees of risk. In other words, it represents the risk-adjusted return of an investment.

Alpha and beta, along with these ratios draw a complete picture of a fund or portfolio’s history and forecasts solid grounds to make future predictions. Investors significantly benefit from these data as it lets them decide which best complements their investment objectives.

If an individual prefers higher returns over low risks, he/she can invest in funds with a beta in Mutual Funds lower than 1. Similarly, an asset can also be selected based on an asset manager’s alpha in Mutual Funds.