Top pharma stocks and what this sector’s future looks like

India is one of the leading providers of generic medicines globally. Thanks to the cost advantage that the world’s third largest economy by Purchasing Power Parity provides.

Additionally, India has a pool of scientists who have the potential to steer the industry ahead to an even higher level.

Structure of the pharma industry

The pharmaceutical industry comprises of the following segments:

The domestic pharmaceutical market was valued at Rs 1,29,015 crore in 2018. The sector has been growing at a healthy Compounded Annual Growth Rate (CAGR) of 14% during fiscal 2008 to fiscal 2013. Post-2013, the growth moderated to ~10% since fiscal 2013 owing to pricing regulations that were implemented. In 2015, the National List of Essential Medicines (NLEM) impacted the growth for the fast-growing chronic segment given cancer-related drugs were included under the NLEM.

India is one of the largest suppliers of generic medicines exporting to more than 200 countries. India accounts for over 20 percent of global generic drug exports in volume terms. The cost-advantage provided by the state makes it a preferred manufacturing hub for the global players. Pharmaceutical exports from India touched US$ 17.27 billion in FY18 with the United States capturing the top spot accounting for nearly 31 percent of the total export followed by Africa at 20%. Indian companies have expanded their presence in the generic segment as reflected by the rising number of applications for Abbreviated New Drug Application (ANDA) approvals along with the application for US Food and Drug Administration (FDA) license.

It is expected that the domestic market could register healthy growth of 10-12% due to rising lifestyle-related diseases.

Besides, the healthcare expenditure under the government’s aegis via programs such as Ayushman Bharat is likely to create tremendous opportunities for Indian companies. The growth will also be supported by the rising number of middle-class households, improving medical infrastructure and rising penetration of medical facilities such as insurance in the rural area.

Developed markets such as the United States, United Kindom, etc. spend a sizeable portion of their Gross Domestic Product (GDP) on healthcare facilities. The data reported by the World Bank indicates that developed countries spend around 12-14% of their GDP in the healthcare sector.

Going forward, the demand for pharmaceutical products in the market is likely to grow owing to factors such as aging population, rising incidence of chronic disease and government policies. The government in some regions are implementing different measures such as austerity measure in Europe. These developments are likely to provide an opportunity for Indian players.

The Indian companies maintain a leading presence in India as reflected by the rising number of application for ANDA approvals. For novice readers, ANDA is mandatory for entering the US retail pharmaceutical market. Data reported by the US FDA shows that until fiscal 2018, India ranks second after the US in the number of ANDA applications.

Thus, one can expect healthy growth 12-14% over the medium term. Also, multiple blockbuster drugs are going off-patent in the next five years time. This off-patent pipeline is likely to create a tremendous opportunity for Indian counterparts.

India is a country that is known for having the lowest doctor density. Doctor density is the number of doctors per thousand people. Having said that, the number is improving at a swift pace supported by the rising number of medical colleges. With the rising penetration of doctors, medical colleges and hospitals in India, the growth of the pharmaceutical sector could not be neglected.

Changing lifestyle in India due to factors such as rising urbanization, unhealthy dietary habit, environmental degradation, sedentary lifestyle and many more have resulted in increasing chronic cases. These factors are likely to push the growth of the chronic therapeutic segment. The segment also provides higher profitability for the pharmaceuticals companies.

The rising per capita income has resulted in increasing disposable income in the hands of an individual. This growth has a direct bearing on the expenditure on healthcare. Talking of India, the economy currently has the lowest per capita spend globally. It is recorded as only 3-4% of its GDP against 15% in the developed economies. Thus, as India grow, you can see tremendous growth in the sector.

The growth of the export market for Indian companies will see an amplified growth over time when the patent expires for some of the blockbuster drugs. Indian companies export to over 200 countries that fall in the regulated and semi-regulated market thereby providing Indian companies a wide gamut for growth.

The company’s revenue growth has been healthy due to the strong performance from API and formulation exports reflecting better sales momentum.

The Earnings Before Interest Tax and Depreciation (EBITDA) margins have improved significantly supported by revenue from limited competition products in the US. The company has also received affirmation in favor of prior decisions invalidating Copaxone 40mg/mL patents owned by Veda Research & Development Co, Ltd.

The development is another milestone for US growth and is likely to provide a boost for the company in the wake of rising market share.

Also, the company’s enhanced focus on the emerging markets such as Canada, India, and Brazil particularly for segments like oncology in Canada and cardiology in India is likely to provide thrust to the company’s top line.

Ajanta Pharma Ltd (Ajanta) was established in 1973 and is primarily engaged in the exports market and domestic formulation. The company earns nearly two-thirds of its revenue from the exports market and has five manufacturing facilities with four in Aurangabad, Maharashtra and one in Mauritius. Except for one facility of Aurangabad that manufactures API, all other facilities are formulation facility.

The company’s revenue and profit have grown at a healthy pace of ~15% CAGR over the years. The company has a strong focus on specialty therapies such as ophthalmology, dermatology, and cardiology. These therapies account for the majority share in the domestic market. Also, the company has launched over 270+ products of which around 60% are first time launches.

In the export market, the company is primarily present in emerging markets and supplies branded generics. The company has also entered the regulated market such as the United States where the company has received 20 ANDA approvals against 40 applications filed.

The company reported strong performance in the third quarter of fiscal 2019 which was primarily contributed by the financial business and pharmaceuticals business.

The Pharma Business has remained stable over time reported stable performance in terms of topline growth and sustainability of EBITDA margins.

The growth in the pharmaceutical business is driven by global pharma business which, in turn, was driven by rising traction in the acquired portfolio of Mallinckrodt and Janssen. The company also witnessed strong growth in the order book under services segment (including Biotech clients). On the Indian business, the company managed to get a stay order from the court on the FDC ban on Saridon. The company also successfully launched Saridon Plus in the northern and eastern part of India.

The healthcare business to continue to deliver double-digit growth supported by increasing market share in existing products and addition of niche products to the kitty.

Aurobindo Pharma Limited (Aurobindo) is a pharmaceutical manufacturing company headquartered in HITEC City, Hyderabad. The company is engaged in the production of generic pharmaceuticals and APIs.

Aurobindo’s revenue grew at a healthy pace led by the US (~46% of sales) and API segment (~17% of sales). The US sales were driven by new launches, product rationalization by peers and better traction in injectables. The gross margins contracted due to one-time provision for a penalty on supply failure of some products in the US market, and change in product mix.

Lupin Ltd (Lupin) is a transnational pharmaceutical company based in Mumbai. Lupin offers a wide range of products such as Branded & Generic Formulations, Biotechnology Products, API.

The company reported healthy revenue growth in the third quarter of the fiscal despite the delayed onset of the flu season in the US. While the lowering gross margins and rising specialty spend weigh on the profitability, one can anticipate strong performance for the medium term owing to the launch of Ranexa coupled with the rising intensity of the flu season.

Going forward, the commercialization of the complex generics pipeline (Levothyroxine, ProAir and Enbrel), supported by
20 other ANDA launches should provide mid-double-digit growth in the top line over the long-term.

With considerable investment allocated to product development and enhancement of manufacturing capabilities, the company is moving towards exhibit batches and subsequent filings of oral solids and injectable facilities. Thus, Alembic could witness strong revenue ramp-up and stabilization of operational costs associated with these facilities once the approvals are in place and the company starts its operation in the said facilities.

On the back of the strong product pipeline in onco-injectables/derma/oral solids dosages, along with the creation of capacity/capability to support manufacturing and sound compliance record in the US market, the company continues to attract long-term investors.

Who can invest in the Indian stock markets (eligibility)?

10 most talked about stocks in the market today 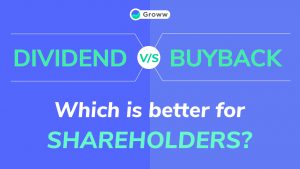 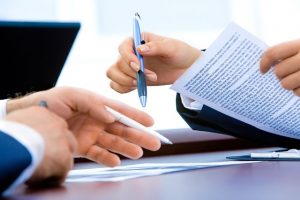 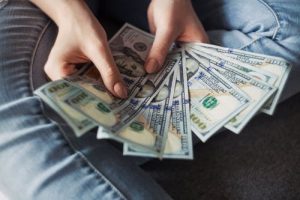 The Concept of Dividend Yield in Stocks