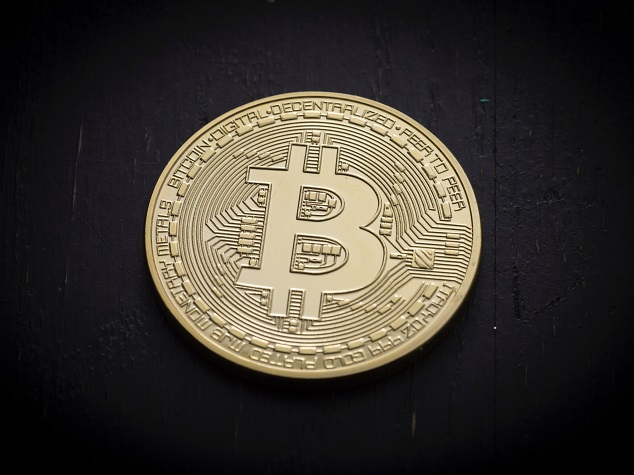 The news around soaring Bitcoin prices has been doing the rounds lately and this has made people wonder what a Bitcoin actually is. For the uninitiated, let’s start from the basics.

Bitcoin is a Cryptocurrency, one amongst a pool of many others available today (Ethereum, Ripple, etc), is a virtual currency or a medium of exchange that employs cryptographic protocols that ensure safety and authenticity of transactions.

Now Bitcoin as a  cryptocurrency works on the concept of block-chain. Let us understand this through an example:

Suppose you own a bitcoin and you want to spend it on buying groceries. The use of printed currency is controlled and verified by a central authority, which is the Reserve Bank of India in our country.

But Bitcoin is not regulated by any authority, rather, the transactions made in Bitcoin are verified by a cluster of computers.

So when a cryptocurrency transaction occurs, the transaction information is recorded as a “block” online and is then sent to this network of computers for verification. The network then verifies if the transaction is valid. The verified block then becomes added to a chain that is stored across the net.

Moreover, Blockchain allows the computer system to distribute the information, but not allow it to be copied. This way, the possibility of the same information (that is cryptographed with maths and hence called cryptocurrency) being sent twice is reduced by large.

This is what makes cryptocurrencies and its transactions ridiculously safe and not risky.

Cryptocurrency is still in its infancy and is widely misunderstood, giving rise to a lot of myths being circulated around them. This article aims to shed light on the facts behind the myths ( listed below), around cryptocurrencies and blockchain technology and tries to give the subject an objective overview.

Myth #1 Cryptocurrency Is Not Taxed

Yes, there is no central authority involved and there are no banks involved. But this does not rule out that the digital currency evades being taxed. It is just any other transaction and you are taxed whenever you sell it or whenever someone pays you in cryptocurrency.

In India, when you trade in cryptocurrencies and make a profit, and if that profit exceeds 10 lakh rupees, you have to pay 30 percent on the profit. This is for short-term gains where there is no minimum time period for holding the investment.

For a long-term gain, where your investment needs to hold for at least two years, you will be taxed 20 percent on the profit.

This is perhaps the biggest myth about cryptocurrencies since there is no material asset that is backing them. However, the people who trade in cryptocurrencies believe in the inherent value of it, which has been supporting the system since 2008.

As long as there are people who believe in and understand the value of cryptocurrencies, they are here to stay.

Myth #3 They Are Illegal Forms of Digital Money

Although the currency has been banned in countries like Bolivia, Russia, Algeria, Ecuador and Trinidad; EU nations, G7 nations, and the USA have made cryptocurrency a legal tender.

India’s previous Finance Minister, Mr. Arun Jaitley pointed out in the Budget 2018-19 that the Blockchain technology will be explored to promote digital and safe transactions. The transactions in cryptocurrency are not banned in India and are thriving.

Myth#4  Cryptocurrencies Are Used For Criminal And Illicit Purposes

While one incident of the Silk Road Raid in 2013 revealed the use of millions of dollars in Bitcoin for human and drug trafficking, cryptocurrency is yet to be regulated. Yes, some criminal cases record the use of cryptocurrency to get money, however, India has mandatory KYC (Know Your Customer) procedures in place for trading in cryptocurrencies to reduce the chance of any unlawful use of the digital money.

Myth#5  Cryptocurrencies Are Easy To Hack

Using a platform to trade in cryptocurrencies is just like any other platform for trading. Upping the security on wallets where trading in cryptocurrency is facilitated is the only way to secure your wallet and enable safe transactions.

Myth#6 There Is Only One Huge Blockchain In Place

There absolutely is not. There are many blockchains. Blockchain is just a technology that caters to different problems- they may be public or private versions of blockchain, the source may be open or closed, etc.

Myth#7  Blockchain Is A Cloud-like Database

What is important to remember is that blockchain is just like a ledger- it only keeps a record of the transactions. In its entirety, this is the ledger that is backing cryptocurrencies and ensures that transactions are safe, not repetitive and are transparent.

Blockchain cannot store any ‘files’. It only contains a code for the transaction that took place.

Myth#8  Cryptocurrencies Are Not Accepted As a Form of Payment

Cryptocurrencies came in 2008. Slowly and steadily, their virtue has been realized by people who are investing in it. Big companies like Microsoft, Fiverr, Dell and Expedia have started to accept Bitcoin. However, while buying cryptocurrencies is not illegal, cryptocurrencies are not recognized as legal tender in India. Meaning, it is not allowed as a payment option in India.

Myth #9 Cryptocurrencies And Its Transactions Are Untraceable & Anonymous

The blockchain, a public ledger maintains a record of everything. There exists anonymity, but in extreme cases, identifying users and their details is not a difficult task.

Just like any other platform, there is user anonymity, but its not absolute.

Myth #10 Blockchains Have No Business Use

The fact that ex-Finance Minister, Mr. Arun Jaitley quoted the need to explore blockchain to promote digital transactions says a lot about its sanctity.

In fact, they might be the next big thing in the investment sector. Japan has already legitimized them and has set a self-regulatory body as well.

Blockchains are the perfect database- they store information, keep it secure, permanently store records and transactions are traceable and cannot be easily hacked.

To sum up, since cryptocurrencies is still an unexplored avenue in the Indian market, a little more information around the topic can go a long way in helping investors take a call whether they would want to venture into the virtual currency space.

If you are someone planning to buy a Bitcoin or other cryptocurrencies, I suggest you weigh the pros and cons of investing very carefully and be very clear about their use and tax treatment in India before you make a decision.