Home » Blog » News » The Infosys Governance Debacle : What Should Investors Do?

The Infosys Governance Debacle : What Should Investors Do? 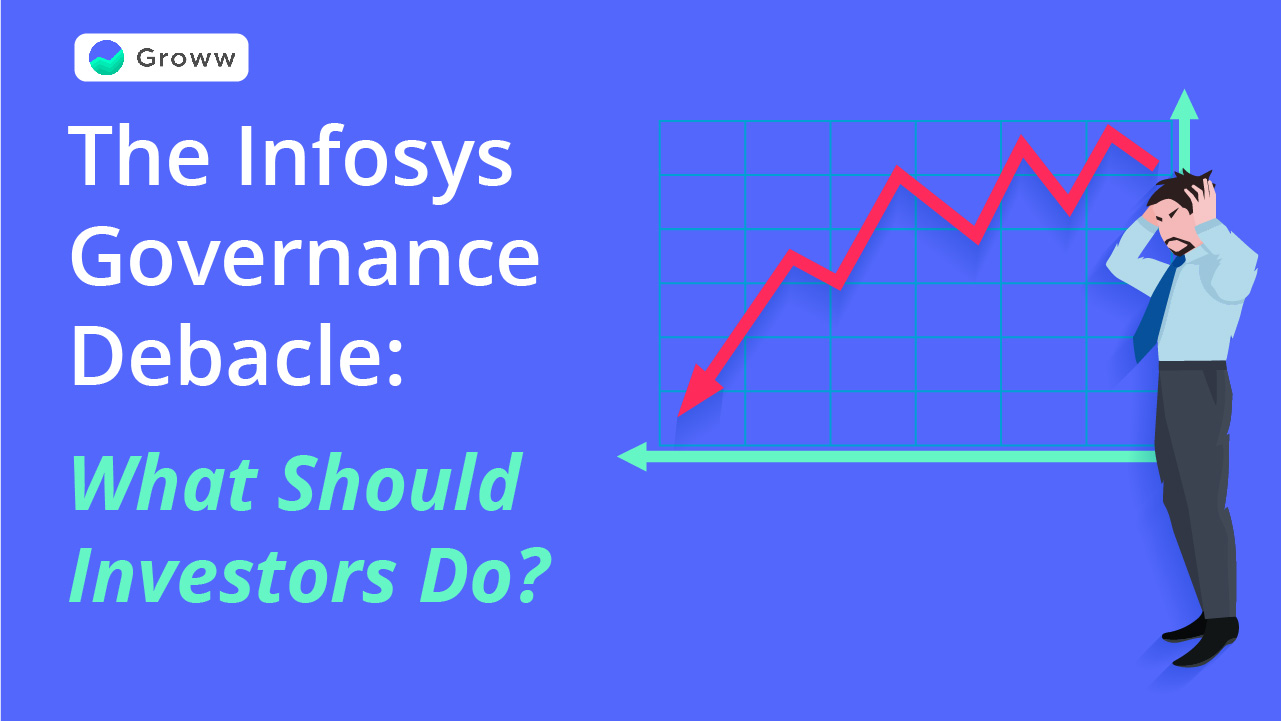 16.2 percent fall in one day in the price of the share of Infosys Ltd left the investors unnerved of the market. The drag in the share price eroded the wealth of mutual funds (MFs) and foreign portfolio investors to the tune of nearly 7000 crores. Not only the mutual funds but the FPIs also faced the heat where the wealth reduction is anticipated at around Rs 18000 crore. In this blog, I aim to discuss what went wrong with Infosys shares and what it means for retail investors. Besides, we will also cover some of the mutual funds that have a sizeable portion parked in Infosys. Read on!

The complaint also mentions that some “critical information” has been hidden from the auditors and the board of the company. The letter, as per the available media reports, mentions of some large contracts with companies like Verizon and Intel, joint ventures in Japan, and the ABN-Amro acquisition. The letter alleged that revenue recognition has been tweaked in these big tickets and is not as per the accounting standards.

Do These Allegations Hurt The Company?

The complaint came as a big blow to the company, where the promoters have always emphasized ethics and good governance. Exactly two years ago, a similar case of governance lapse came into the light when then CEO Dr. Vishal Sikka had to step down abruptly.

With such back-to-back episodes of governance malpractices, the company may lose its positioning as a beacon of corporate governance, and as a favorite stock among investors.

On Wednesday (October 23, 2019), the chairman of the board of Infosys and one of the seven founding members, Mr. Nandan Nilekani, mentioned that the company’s audit committee is looking into the whistleblower against the senior management. Also, he added that the alleged senior leaders – the CEO and CFO are rescued from carrying out such investigation to ensure the independence of the activity.

How The Market Behaved?

Following concerns over governance lapses in the IT major, the investors went unnerved. This led to a free fall in the share price that caused a steep decline in the market value of the company. The fall is the stock’s most precipitous fall in over 6-7 years.

The following shows the erosion in wealth –

Now, what about the mutual funds?

As many as 427 mutual funds have an exposure to Infosys.

The following are the funds that have significant corpus invested in the stock.

The following are the funds that hold the maximum number of shares.

If you are one of the investors to the above, what should you do?

See, this is not the first time when the IT giant has found itself caught in allegations concerning corporate governance. A couple of years back, tensions escalated between the company’s founding promoters and erstwhile management over alleged corporate governance lapses. These differences eventually culminated in the exit of former CEO Vishal Sikka.

Infosys has remained stable and has created immense shareholder’s wealth over time. We believe, as an investor, it would not be right to take corrective action immediately. Instead, we recommend you take a step back and assess the company’s fundamental position in terms of its cash flows, dividend payout policy, funding of dividend, order book, liquidity, billing rate, and the likes. This shall help you gauge if the company is stable and if the growth in earnings can be sustained.

Further, you should wait for your assessment to pan out for a few quarters and take corrective action only if it doesn’t pan out the way charted. Also, if you are a MF holder, you should see other companies in the portfolio and also how much of the corpus is allocated to Infosys. If the numbers aren’t materially high, you may choose to hold on to your investment for some time and see how it pans out.