How to Redeem Money from Mutual Funds on the Groww App 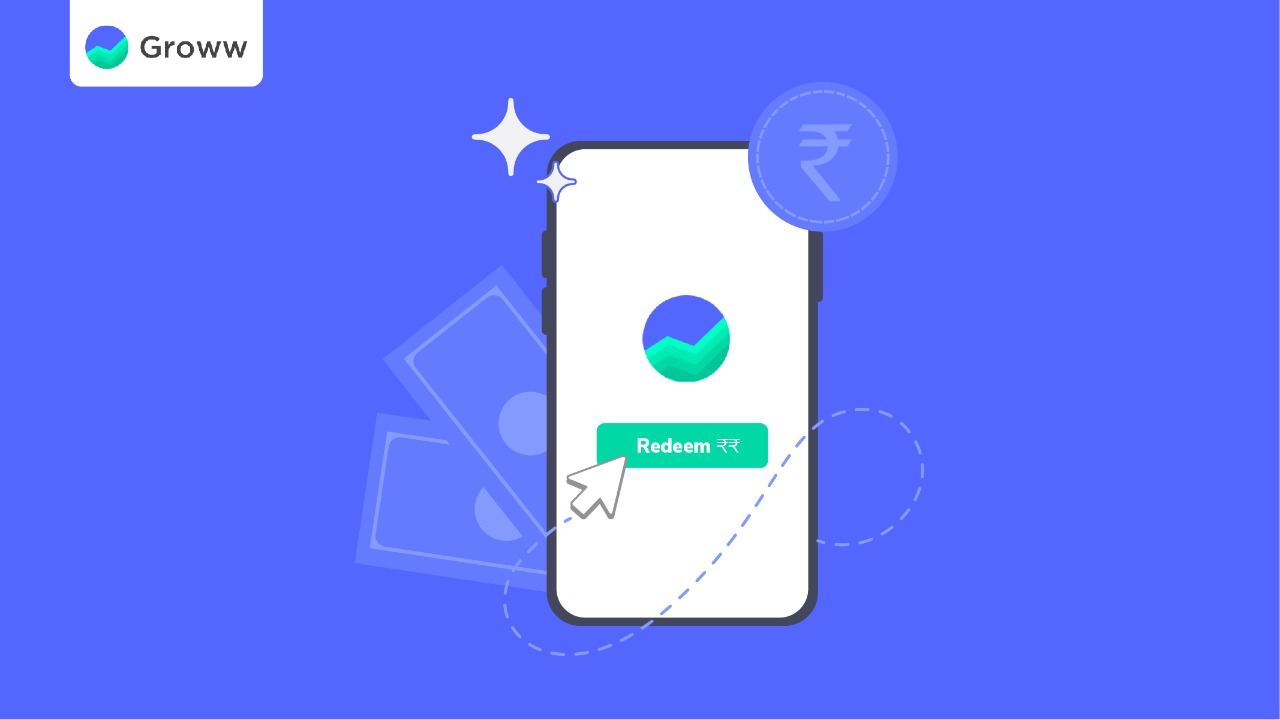 Redemption is the process by which mutual fund investors sell their units back to the mutual fund at the applicable net asset value (NAV). When you are investing in a mutual fund, you get a certain number of units in exchange for the money you put in.
Hence while redeeming/selling your mutual fund investments, you sell your units back for your money invested in that fund.

How To Redeem On Groww?

Redemption on Groww may take just a couple of minutes. On Groww, we give you the option to redeem in terms of units and amount as well. For both modes of redemption, the applicable units and value of an investment will be clearly mentioned.

Let’s look at the step-wise process of how to redeem your mutual fund investments on Groww:

Step1: Go to ‘Dashboard’. Tap on ‘dashboard’ at the bottom of the screen to see all your mutual fund investments.

Step 2: Choose the mutual fund investment you want to redeem.

To redeem money from a mutual fund, simply tap on the fund and then tap ‘Redeem’.

Step 3: Enter the number of units or amount you want to redeem.

On Groww, we allow you to redeem your mutual fund investments by entering a certain number of units or by directly entering the amount you want to redeem.

You can choose the toggle next to ‘Enter’.

You can wish to receive the redeemed amount in your Groww balance amount or your bank account. This step lets you choose between the two options.

Step 5: Enter your Pin or verify using your fingerprint.

In the next step, you will see a confirmation of the redemption order placed with a few details on the applicable NAV for your order.

1.How can I redeem on Groww?

2.Are there any charges on Groww for redemption?

Groww does not charge anything for redemption. It is absolutely free. However, the mutual fund you are redeeming from may or may not have exit load. Please check the mutual fund’s details on Groww or with the AMC.

3. Where will the redeemed money go?

You can choose between Groww balance and your linked bank account.

4.Can I redeem in parts?

Yes. You can either redeem all your units or only a certain number of units.