Home » Blog » Banking » PMC Bank Crisis : Everything You Should Know As An Account Holder

PMC Bank Crisis : Everything You Should Know As An Account Holder 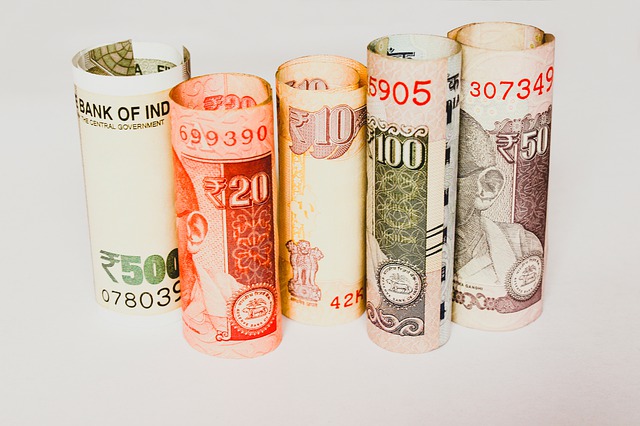 On 23rd September, the Reserve Bank of India (RBI) imposed strict restrictions on the Mumbai based, Punjab and Maharashtra Cooperative Bank (PMC).

As per the latest RBI circular, PMC Bank has been barred from carrying out a majority of its routine business transactions for 6 months.

The restrictions, extend to both lending and withdrawals, meaning a customer can withdraw only ₹ 1,000 once over the entire 6 months period from savings or current account or any other deposit account accounts.

In this blog, I will explain everything related to PMC Bank crisis and how it impacts you as an account holder. Read on!

RBI has put PMC Bank under restrictions for 6 months, that means the lender cannot give fresh loans and accept fresh deposits during the period.

Also, the withdrawals have been capped at ₹ 1,000 per account. These restrictions are put when there are three consecutive years of the adverse supervisory report.

This move by RBI resulted in chaos outside PMC’s branches in the financial capital.

The top officials of PMC Bank stated to the media that the money of depositors is safe and they have ample assets to cover all liabilities of the depositors. They also opined that the step taken by RBI was due to divergence in NPA and that RBI could have restricted only lending. Needless, to say the withdrawal limit rules caused widespread panic amongst PMC account holders.

What’s The Reason Behind This Crisis?

This sudden restriction ahead of the festival season is set to upset calculations of customers and deal a big blow to a state that is heavily reliant on the cooperative bank structure to service millions of customers in its villages.

Financial experts believe there were also mismatches between the data uploaded on the RBI server and manual entry data maintained by the bank.

As per many reports, the biggest reason for RBI’s punitive action was a loan of ₹ 2,500 crores to the now-bankrupt real estate firm Housing Development and Infrastructure Limited (HDIL).

The PMC bank did not classify the loan to HDIL as NPA despite the firm’s default on repayments and eventually, RBI took stock of the situation and termed the loan as a complete loss.

According to the RBI guidelines, such cases ask that the bank must make a provision for the loss. But the PMC Bank’s cash reserves stand at around ₹ 1,000 crores, well short of the ₹ 2,500 crore loan granted to the HDIL, which led to this harsh decision.

If RBI felt that the loan was not a complete loss, the PMC Bank would have had to make provisions for 10% of the total loan, which it had the resources for.

What Does This Mean For You As An Account Holder?

If you are an account holder with PMC bank, here are a few things you must know of.

1. Impact on your deposits

Even in an extreme situation, if a bank goes bankrupt, under bankrupt, deposits with all banks are guaranteed under the Deposit Insurance and Credit Guarantee Corporation (DICGC) to the tune of ₹ 1 lakh, including interest.

This means that amounts over ₹ 1 lakh could be at risk in the rare situation that a bank collapses.

In this scenario, your PMC account will not be debited against payment and you should immediately register freshly with a different bank account for such payments to be cleared.

Again, to receive dividends and redemption of mutual funds or stocks, the investors having PMC Bank accounts have to link new bank account details.

The restriction on PMC is unlikely to impact financial markets or other private or Public Sector Banks (PSBs) as co-operative banks have meager dealings in money markets since they largely depend on deposits.

But just because the RBI has imposed restrictions on PMC Bank, it does not mean that the bank is going under bankruptcy.

When RBI imposes a restriction on withdrawals from your account with a co-operative bank don’t panic immediately and rush to the bank for withdrawal of amount from savings and deposits.

The bank will not go into bankruptcy immediately and the intent of RBI with the imposition of lending and withdrawal curbs is to stop any harmful practice and give the bank the time to repair its financial situation.

At the end of March 2017, cooperative banks accounted for only 11% of the total assets of scheduled commercial banks (SCBs).

What’s shocking in this restriction is that PMC Bank was supposedly one of the better-run cooperative lenders in the country. It had close to ₹ 11,600 crores in deposits and ₹ 8,400 crore advances, making it one of the largest cooperative banks.

Another reason is that such banks are hijacked by vested political interests. This could mean appointing political lackeys as senior bank officials, embezzlements, fraudulent loans given which are later written off, forcing government employees to hold salary accounts with cooperative banks and so on.

Indian central bank’s supervision of cooperative banks is not as stringent as that of commercial banks due to such political interventions.

Typically, the state government audits cooperative banks while RBI inspects their books once a year only. Also, RBI does not have powers to supersede the board of these banks for irregularities or even remove directors.

But while that is the case with the majority of cooperative banks in India, RBI did have the powers to do so in the case of PMC which is a multi-state bank.

What lies ahead, is a big task for RBI and central government to come together and create strong structural reforms on how Indian cooperative banks operate.