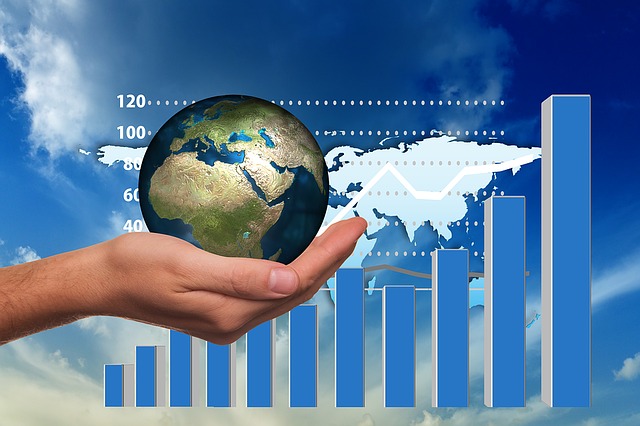 ‘’See a lot, be a generalist. Be security agnostic” -Andy Redleaf, fund manager

The financial year FY18-19 has just drawn to a close.

While it would make sense to look back into the past and judge the hits and misses of the bygone year, it’s more important to look into the crystal ball and evaluate the economic outlook for India in FY19-20.

Besides, the macroeconomic indicators like GDP, inflation, etc that would be subject to change based on domestic and global developments, it is imperative that one studies sector performance to get a better understanding of economic outlook. In India and globally, investment managers are advocating to be generalists and not specialists.

In other words, don’t favor any sector while investing. Be sector agnostic! Whatever be the new trends or the noise around moving away from a sector-focused theme, the scare of a global downturn or the unemployment fix, one must remember that the fundamentals of the Indian economy is strong.

India is a unique economy, in the sense that while it is largely a domestic economy, it also has interlinkages with global markets. The latter is from forex fluctuations and price of oil imports.

Besides, domestic economic performance, India’s macros will continue to be impacted by the US dollar, cross border capital flows by way of FDI and FII and most importantly, oil prices. One huge comfort factor is that inflation is very comfortable (below-4%). This allows considerable headroom for growth.

RBI expects India’s growth story to continue into FY19-20. The growth forecast is 7.2%.

India is broadly divided into three sectors: agriculture, industry or manufacturing and services.

The fortune of the agriculture sector, the largest employment provider is largely based on the monsoon season. There is downside risk from deviation in the southwest monsoon patterns, whereby, a lower than normal rain of 93% is being predicted by Skymet.

However, this is not too much of a concern area. Gone are the days, when the rural hinterland depended purely on farm income. They have now diversified into livestock, milk production, exports, etc.

This is also being supported by higher price support by the NDA government. As per a recent Edelweiss report, this translates into 1.5x production costs and a 6-15% hike in prices.

Thus, the rural consumption demand is expected to grow in FY19-20.

As per Government figures, the growth rate of production in fertilizer, steel, natural gas, and electricity industries was reported to be 2.5 percent, 4.9 percent, 3.8 percent, and 0.7 percent respectively in February 2019.

The highest output growth was clocked in coal and cement sectors at 7.3 percent and 8 percent, respectively, in Feb 2019.

The slight drop in February 2019 was on account of fall in output registered in crude oil and refinery products, which fell by 6.1 percent, and 0.8 percent, respectively. This adversely overshadowed the growth in other sectors.

However, in FY19-20, consumption-driven sectors will continue to remain in favor. FMCG boosted by higher rural demand, IT sector buoyed by the rupee depreciation and enhanced export earnings, financial services helped by an increase in credit demand is expected to do well.

In banking, PSU banks have a huge fillip with recapitalization by the NDA Government. It remains to be seen how they can contain NPAs to sustainable levels and improve the asset quality of the loan books while increasing interest margins.

Construction and ancillary sectors are also expected to do well, given the incumbent government’s thrust on infrastructure.

“Cement has shown sustained and strong monthly growth FY19. The other segments that come somewhat close to cement in terms of monthly performance are coal, steel, and electricity.

What Is the Market Seeking From Elections?

The General Elections of 2019 is knocking at our door and usually, the economy is volatile during such periods.

Experts believe that if the present government gets re-elected, the economy will be less volatile. However, it is difficult to predict.

With NPAs being reported from PSU banks in 2018, the credit lending slowed down a bit in banking, owing to an over-cautious, low-risk approach.

However, NBFCs rose to the occasion and provided the necessary credit for business growth. Another factor worth noting, as per a recent Edelweiss report is that bank credit to NBFCs rose by 42%.

However, the IL&FS mess has cast a shadow on the NBFC space. Thus, in FY19-20, only NBFCs with strong internal control, business models and best risk practices would continue to do well.

There is already a gradual loosening up of liquidity and lowering of the interest rate. If the banks pass this on to their customer, the demand for loans may go up considerably. However, PSUs need to ensure prudent lending and curtail NPAs in the light of bad default experiences in the past.

The consolidation wave being witnessed in the banking space is expected to continue. The most recent one being the merger of Public sector banks- Bank of Baroda, Dena Bank and Vijaya Bank. The advantages are a larger asset base which can be leveraged to improved NIMs.

India is witnessing a change from the savings predominant economy to a consumption-driven one.

The gradual shift from the bottom of the pyramid demography to the burgeoning middle class led growth is making all the difference. Thus, with higher penetration and rising middle-class aspiration, the consumption story is expected to continue into FY19-20.

Further, with easy access to credit from microfinance institutions and second-tier financing, the consumer cycle for growth of staples is expected to be robust. However, the same cannot be said for discretionary purchases.

Rural demand is slated to boost volume growth. A good monsoon can further boost the growth prospects of the FMCG and auto sector.

The Indian IT sector’s performance is dependent on the US market. This is understandable, given that US exports contribute 65% revenue to Indian IT service companies.

It is expected that there would be larger deal sizes, in spite of risks like increased protectionism, restrictive VISA rules, and emerging trade wars. However, the rupee depreciation has already reached its limits and is not expected by economists to significantly fall to the INR 75-80/$ range or beyond.

There’s a lot to be said for the sector outlook in FY19-20 in India, which is beyond the scope of this article. While the performance of each sector would vary depending on industry-specific factors, the broad macroeconomic parameters, being systemic in nature, would affect all sectors.

In conclusion, buoyed by robust consumption demand, increased purchasing power, sustainable inflation, it is expected that several sectors are likely to reap the benefit from domestic macroeconomic tailwinds.

However, the uncertainty about global economic events, a possible global slowdown,  increased trade disputes, and the resultant oil prices might impact fund flows and result in subdued domestic private investment.

Thus, the outlook for FY 19-20 remains a wait and watch approach. A mixed bag with positives and risks, the exact impact of which, only time will tell!