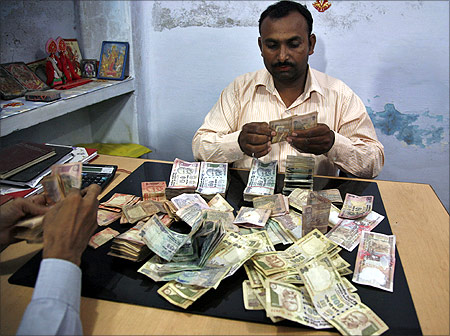 India has had a long history with various savings schemes. Amongst all the schemes one of the most popular and widely used savings schemes are Chit Funds. Chit Funds concept came into existence in the 1800’s. Then, ruler of Cochin state of Kerala, Raja Ravi Varma gave a loan to a Syrian Christian trader, by keeping a certain portion of the loan to himself and later he claimed that money for the principle of equity. According to Section 2(b) of the chit Fund Act, 1982, chit fund company is one which manages, supervises and keeps a check on chit funds. It is a scheme that allows the user to borrow as well save some money.

What is the meaning of Chit Fund?

Chit basically means transaction. It has various other names such as chit fund, chitty, kuree etc. The mechanism of chit funds is that a person enters into an agreement along with a specified number of people such that all of them shall subscribe to a certain amount of money or some kind of gain. When the person’s turn comes, either by claiming it himself or by lot mechanism or by some kind of auction he draws the amount of money he needs. By means of periodical installments over a time period, he must repay the money gained.

Over the years we see that chit fund schemes are being conducted by registered financial institutions or some unorganized schemes which are run by relatives or friends. Kerala is the state which benefited much from such chit funds. The main aspect of chit funds is to provide easier access to credit.

In the case of chit funds, we’ll see an example.Let’s say there are 10 people who come together and start a chit fund. Each of them pays Rs.1000 every month for a period of 10 months (No. of months = No. of people in the fund). In this group, there will be one organizer who takes care of all the meetings, auctions etc. He will levy some organizer charges.

Now for the first month, all the 10 people meet and deposits Rs. 1000 each. A total sum of Rs.10,000 is now available. Let’s say three people bid for this money. Person A bids for Rs. 9000, Person B bids for Rs. 7000 and Person C bids for Rs. 8000. The person who bids the lowest gets the amount, and hence Person B gets the amount of Rs.7000. He will also be charged a 5% organizer charges which are around Rs. 500. Totally he gets back Rs. 6500. The remaining 3000 which is the profit, will be equally distributed amongst all the 10 people. Each person gets back Rs. 300. Every month different person bids and the process continues till 10 months.

Whereas, mutual funds, on the other hand, pools money from different sources and invest in stocks.You are allocated units of mutual funds from the AMC of your choice. Then you get some returns for the money invested. All your transactions are regulated by SEBI and it is always trustworthy, unlike chit funds. Read here to know more about mutual funds –

Chit funds limit only to India. Normally we do not find chit funds in any other part of the world. Some of the most famous and successful chit fund houses are:

Should you invest in Chit Funds?

India plays host to a huge number of chit funds. There have been many instances in the past where organizers have fled with the investor’s money. On the other hand, some people have also benefited from such funds, especially people from small towns. It would be wise to always pick a government registered chit fund house or some reputed private company. Finally, it all narrows down on the risk appetite of the person.