Multibaggers stocks held by ace investors & should you buy?

Rakesh Jhunjhunwala and Dolly Khanna are well-known market investors. The duo has created massive wealth from the stock market and is considered to be master in picking up multi-bagger stocks.

Here are some stocks held by ace investors:

Srikalahasthi Pipes Limited (SPL) is one of the leading manufacturers of Ductile Iron Pipes in India. The company also offers foundry grade pig iron, cement, and low ash metallurgical coke. The company has its facilities in Andhra Pradesh.

The company has recently undergone capacity addition and is witnessing buoyancy in demand. Thus, the revenue growth is expected to remain healthy over the medium term. Fiscal 2018 has remained challenging regarding profit margins, but it is likely to improve gradually on the back of better capacity utilization, backward integration initiatives and stability in the input cost.

Thus, we believe the leadership position in DI pipes (~15% market share in DI pipes across India and ~70% in South), low debt-equity and healthy cash flows should provide valuation comfort.

Rain Industries Limited (RAIN) is one of the leading producers of calcined petroleum coke, coal tar pitch and other essential and specialty chemicals. The group operates in three business verticals: carbon, chemicals, and cement.

The company witnessed improved sales led by higher CPC volumes. Also, the company has low net debt and strong liquidity. We believe the company is well-positioned to fund its capital expenditure (CapEx) from its existing cash balance and cash flows. While the regulatory guidelines at the global level are likely to affect GPC supplies as it will cap the global sulfur limits.

Nevertheless, we continue to believe demand-supply dynamics in the CPC/CTP segment continues to remain favorable for the company, and the company is likely to see strong growth from current levels.

Nocil is India’s largest fully integrated producer of rubber chemicals. It offers an extensive product range and is an approved vendor at most tire majors domestically and globally. The company manufactures both intermediates and final products across two facilities in Navi Mumbai & Dahej with a combined capacity of ~55,000 MT.

The commissioning of the Dahej facility (~15,000 MT) in FY13 that mainly manufactures intermediates has been a game changer for the company. Nocil commands a market share of 40% at the domestic level and ~4.5% on the global front. The company’s sales volume has improved due to improving competitiveness (on both price and quality front) against their Chinese counterparts. Also, the company got benefitted from the revival of the automotive industry both domestically and globally.

With 90%+ capacity utilization levels in FY18 and robust demand for its product offering the company has embarked upon a massive brownfield expansion plan to double its capacity to ~110,000 MT. The CapEx is funded from internal accruals. Therefore, we believe that the expansion instills confidence by providing visibility for a strong volume-led growth that should drive impressive bottom line performance.

The revenue for the company has been growing at a healthy pace due to the plastic segment. The growth in the segment came from both higher volume and realization. The growth in the retail segment and mattresses business remained moderate. The company has been facing a decline in margins on account of higher raw material prices but the margins are likely to improve as volume revives and the capacity utilization from the new plant starts to improve.

Manappuram Finance Ltd (MAFIL) is a non-banking financial company (NBFC) based in Kerala. The company has over 3200+ branches across 25 states.

The company reported muted growth in gold loan asset under management. However, the subsidiary Asirvad delivered a healthy return on equity (ROE). Asirvad has no exposure to commercial paper thus the company did not face any funding issues. The company’s non-gold, non-MFI businesses continued to see good traction. Vehicle finance, in particular, continued its stellar performance. The business is carried out from existing gold loan branches thereby providing enough operating leverage benefits. Also, the housing finance business which was in a state of flux a few years ago has started to stabilize as the pace of non-performing assets has begun to slow down. Thus, we believe the stock is likely to grow on the back of strong performance of other segments and no funding issue as seen in other NBFCs.

Titan Company Limited (previously known as Titan Industries Limited) is an Indian luxury goods company. The company is a joint venture between the Tata Group and the Tamil Nadu Industrial Development Corporation (TIDCO). The company began its operations in 1984 under the name Titan Watches Limited and diversified into jewellery with Tanishq and subsequently into eyewear with Titan Eyeplus. Today, Titan Company is Tata Group’s largest consumer company.

The company recorded healthy growth across its business segments. For jewellery particularly, the consumer demand was encouraging this festive season, and the category delivered robust performance with store expansion, rising affluence of Indian consumers particularly from the middle-class category.

The watches segment also grew at a healthy pace with the launch of new designs and smart products portfolio and growth from modern retail channels such as e-Commerce. The company’s Titan Eyeplus has been making good progress after the commencement of frame manufacturing in the ongoing fiscal.

We believe the company’s new strategy of offering a range of products at more affordable price points is likely to bear fruit over the long-term.

VIP Industries Ltd (VIP) is the world’s second largest and Asia’s largest luggage maker. The Mumbai based company manufactured the first suitcase in 1971. The company sold over 60 million pieces of luggage. Currently, the company has over 10,000 retail outlets across India and a network of retailers in 50 countries.

VIP enjoys over 50+% market share in the organised market. The company has created successful sub-brands like Carlton, VIP Bags, Skybags, Aristocrat, Alfa, and Caprese. The company is positioned in a sweet spot and is likely to gain market share from unorganised players, and is expected to witness double-digit growth.

The Indian luggage is estimated at over Rs 10,000 crore and is mainly dominated by unorganised players. Thus, with the implementation of GST, the organised players such as VIP, Samsonite, and Safari are likely to see healthy growth.

The company sales grew at a healthy pace of over 40% during the last quarter when compared with the corresponding quarter of previous fiscal. This resulted in a significant jump at the profitability level as well. The company benefits from it’s backward and forward integrated plant which reduces the cost of the product to a great extent.
Also, the company has forayed into flexible packaging solutions with its unit at Kashipur, Uttarakhand. The company manufactures laminates and pouches used for packaging consumer products like snacks, soaps, shampoos, etc. The segment is likely to provide a steady growth to the company over time with demand coming in from varied sectors.

Aptech Limited is an education and training company. The company commenced its education and training business in 1986 and has trained over 7.2 million students globally. The company is headquartered in Mumbai and is present in more than 40 emerging countries through its two businesses – Individual training and Enterprise Business. Aptech was voted as India’s Most Trusted Brand in training & education in 2016 by IBC Infomedia & Media Research Group. The company was selected amongst India’s Top 50 Best Mid-Size Workplaces, by the Great Place To Work Institute India in association with MINT, by HT Media in 2017.

The company has moved in the direction of the asset-light franchise model. The company has fine-tuned its franchise model into a ‘Platform’ that is global. Also, the company is also working to introduce new products in the Career Education space leveraging this franchise platform and targeting newer verticals. Lastly, the next element of the company’s strategy going forward is ‘Digitization.’ Thus, Skill India and Digital India shall be two critical triggers for the future performance of the company, and we believe the company is well placed to capture the potential in these two initiatives of the government.

The company witnessed impressive operating margins which are attributed to the sharp recovery in online gaming margin. Also, the company observed healthy year-on-year growth in revenue during the last quarter. The gaming business primarily drove the growth.

We believe the performance of the company shall sustain with sustained growth in the casino business and cost rationalization efforts. Also, the company is likely to commence its operations in Kathmandu which is likely to contribute to revenue from fiscal 2020.

What is a multi-bagger?

Stocks that give abnormally high returns are called multi-baggers. These stocks are typically undervalued and have strong fundamentals and thus offers excellent investment options. These companies generally show a high degree of corporate
governance and adopt a business model that is scalable within a short period.

How to identify multi-bagger stocks?

The debt level of a company should be within a reasonable limit. Ideally debt level should not be more than 25-30% of the equity value.

Revenue multiples on a quarter­-on-­quarter basis are critical to assessing the upside potential. If the company is performing at the operational level, it indicates significant upside potential.

In addition to revenue number, you should look for the sources from which the company is making money. If the operations of the company are scalable, it is likely that the stock could be a multi-bagger.

Remember you invest in the management and not just the company. So look out for any significant change in the quarterly reports that can impact the company’s operations.

Let us now discuss five multi-baggers held by the ace investors that have created enormous wealth for Jhunjhunwala and Khanna.

Top pharma stocks and what this sector’s future looks like 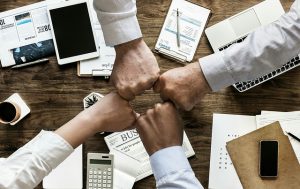 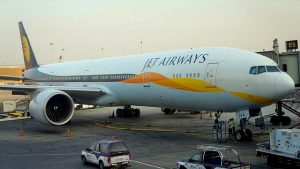 The Fall of Jet Airways: How Will it Affect the Shareholders, Economy and Reasons For its Failure