This morning, Bitcoin was down 17 per cent , Ethereum was down 21 per cent, Litecoin had dropped 20 per cent and Ripple a whopping 30 per cent.

And that’s just in the past 24 hours. The cryptocurrency market has been in the red for a few days now, following news reports of a regulatory crackdown in South Korea and China.

Many people are searching for littecoin predition 2018 but once must realise, with cryptocurrencies, nobody really understands what factors influence the coins. Therefore, to make a prediction is not a very prudent move.

Let us decipher Litecoin in the following section.

Should I Invest in Litecoin LTC?

The kind of volatility which we have witnessed in recent times as far as crypto currency is concerned, makes it an extremely risky instrument for investing money.

Moreover,cryptocurrencyy should not be seen with an investment perspective. Instead it is designed to serve as a medium of exchange and therefore should be viewed with that perspective only.

Because people and for that matter markets are driven by speculation and rumors that’s why we observe such kind of supernormal spikes in price chart.

But in case a return from any kind of investment appears too good to be true than such form of investment should always be taken with a pinch of salt because such instruments and such hikes may be a bubble.

Following are the risks associated with crypto currencies in general-

Where to Invest Instead of Litecoin?

Litecoin was released via an open-source client on GitHub on October 7, 2011 by Charlie Lee, a former Google employee. The Litecoin network went live on October 13, 2011.

It was a fork of the Bitcoin Core client, differing primarily by having a decreased block generation time (2.5 minutes), increased maximum number of coins, different hashing algorithm (scrypt, instead of SHA-256), and a slightly modified GUI.

During the month of November 2013, the aggregate value of Litecoin experienced massive growth which included a 100% leap within 24 hours.

In May 2017, Litecoin became the first of the top-5 (by market cap) cryptocurrencies to adopt Segregated Witness.

Later in May of the same year, the first Lightning Network transaction was completed through Litecoin, transferring 0.00000001 LTC from Zürich to San Francisco in under one second.

How Does Litecoin Work?

Like all cryptocurrencies, litecoin is not issued by a government. Instead being regulated by a Central Bank litecoins are created by the elaborate procedure called mining, which consists of processing a list of litecoin transactions.

Unlike traditional currencies, the supply of litecoins is fixed. There will ultimately be only 84 million litecoins in circulation and not one more.

Every 2.5 minutes (as opposed to 10 minutes for bitcoin), the litecoin network generates what is called a block—a ledger entry of recent litecoin transactions throughout the world.

And here is where litecoin’s inherent value derives.

The block is verified by mining software and made visible to any “miner” who wants to see it. Once a miner verifies it, the next block enters the chain, which is a record of every litecoin transaction, ever. 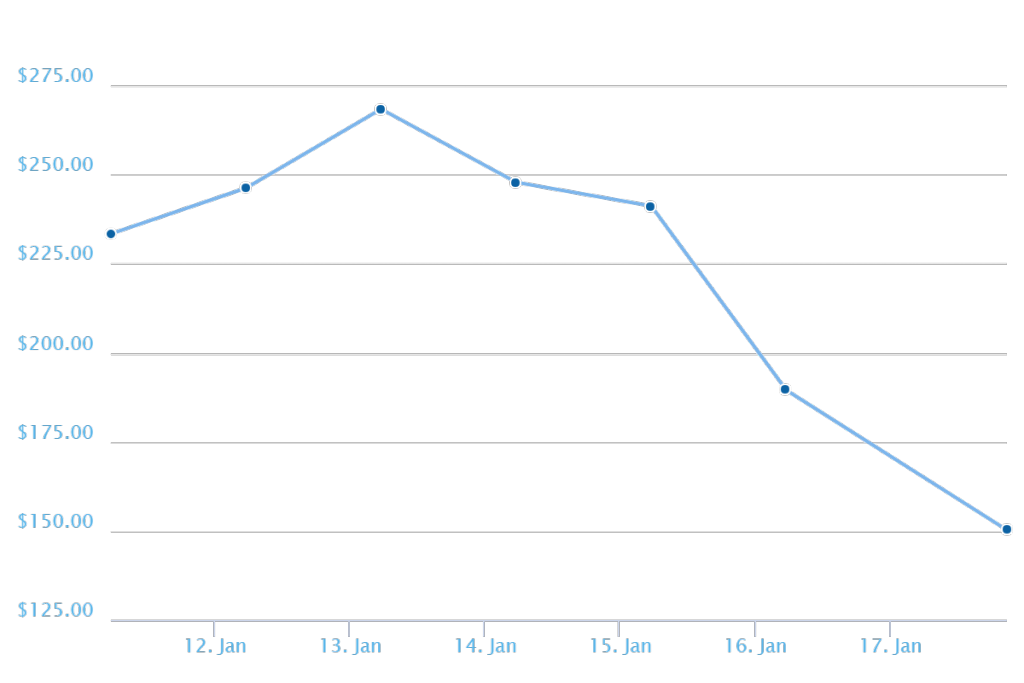 Litecoin has plunged to the sixth-largest cryptocurrency by market cap after losing half of its market value in less than a month.

The broader cryptocurrency market has suffered sharp declines lately, but Litecoin’s drop has been even more severe.

So one should be extremely cautious while placing one’s hard earned money in an instrument which is already on a falling trajectory.

Now after comparing all the benefits and risks involved with a volatile resource like a Litecoin, we would like to conclude that considering the huge amount of risk significantly outpaces the benefit that comes along, it is better to explore other investment options.

You can definitely invest in coins but only an amount you don’t mind losing – like betting.