7 Interesting Facts About the Stock Market 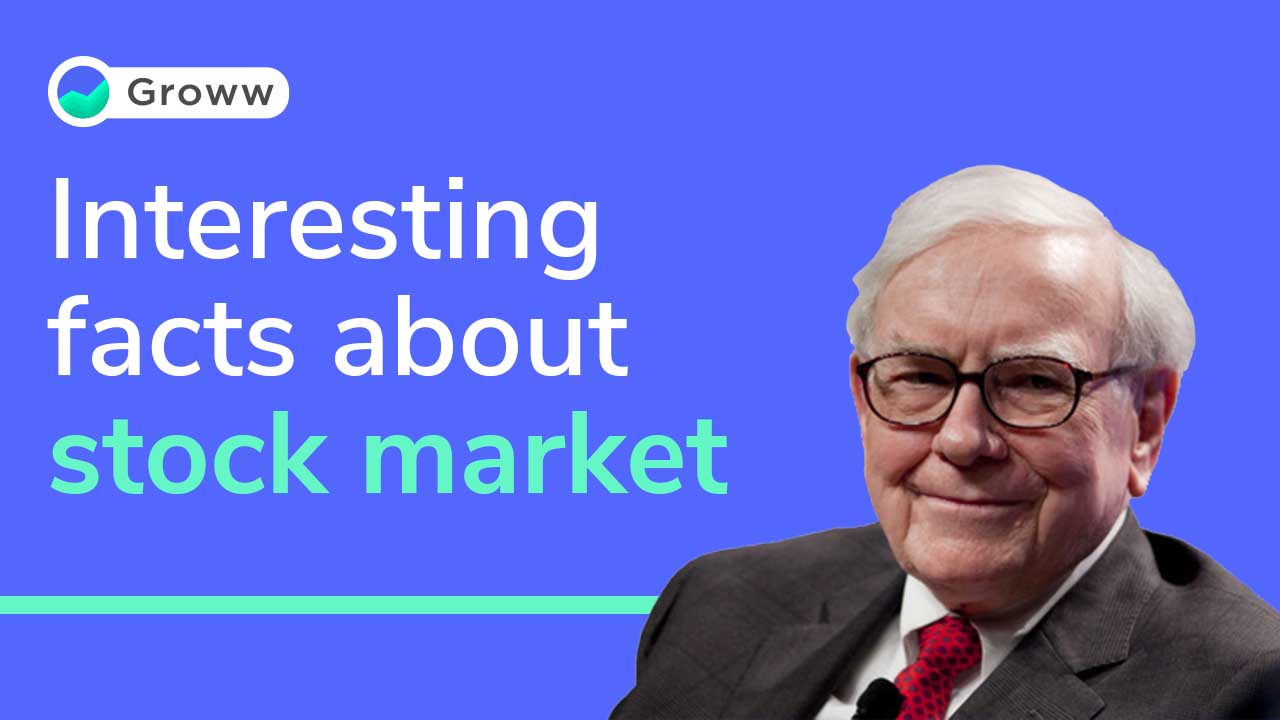 The stock market is a fascinating place. Many men have tried to decode its workings, tried predicting its unpredictable moods, gained a lot and lost a lot too. This fickleness adds to the charm of the stock market, where millions of investors flock to daily, aspiring to make a fortune. Let’s see some lesser-known ” did you knows” about the stock market, that will surely rouse you to explore this interesting investment avenue. Read On!

Though the rule of 72 is not entirely accurate, it is reasonably precise for the low rate of return. The table below shows the actual and estimated period –

Quantity and Price are the two most important parameters that are required to place an order for buying or selling of a scrip. An investor needs to remain cautious while placing orders in terms of Price and quantity. Even an erroneous mistake of interchanging price with quantity and vice-versa could result in losses running multiple thousands to lakhs to crores. The exchange in India, namely the BSE and NSE work at the speed of few microseconds. Thus, an order placed once cannot be returned.

BSE – The Oldest And Largest Exchange Of Asia

A businessman named Premchand Roychand founded the Bombay Stock Exchange (BSE) in the 19th century. Mr. Roychand made a fortune in the stockbroking business and later became famous as the Cotton King, the Bullion King, and the Big Bull. BSE was initially known as the Native Share and Stock Brokers Association.

BSE is the oldest exchange in Asia and has over 5000 companies listed. This makes the exchange of being the only bourse with the highest number of listed companies in the world.

In addition to BSE, there are over 23 more exchanges in the country. Also, before 1995, there was only physical trade that was executed in the exchange. After 1995, the exchange started with the process of dematerialization.

Costliest Stock Of The World

Berkshire Hathaway is the world’s costliest stock. One share of the company costs you over Rs 2 crore.

Yes, you saw that right.

Berkshire Hathaway Inc. is an American Multinational Conglomerate that is headquartered in Nebraska, United States. The company is the third-largest public company in the world and the largest financial services company by revenue in the world. Ace investor Warren Buffett who serves as the Chairman and is supported by another investor Charlie Munger who is the vice-chairman manages the company. On February 1, 2019, the company’s share is sold for $313,350.00, making it one of the costliest scrips in the world.

This is because the company has never had a stock split and has not paid dividends except for once. The company’s stock crossed $100,000 for the first time on October 23, 2006.

Apart from stocks and commodities, there is a pirate exchange, as well. The world’s first pirate stock exchange was established in 2009 in Harardheere in Somalia. The exchange is open round the clock and allows investors to profit from ransoms collected. There is no authentic report available on the operations, but sources mentioned that over 70 entities are listed on the exchange.

The Bull And The Bear Market

The bull and bear market is the most commonly used term in the stock market. When the stock price is appreciating, and the overall mood of the market is positive, it is known as the bull market. It is also believed that the bull has its horns pointed towards the sky, which symbolizes the upward movement. Thus, the bull market is related to the climbing market.

On the other hand, the market where the overall sentiment of the market is negative, and the stock price has been declining; it is known as the bear market. It is often believed that the bear when tackling the bull has its palm towards the ground, and thus bear market resembles a declining market.

So here were some lesser-known facts about the stock market, which only add to its intrigue and charm. While the stock market may seem like a wild place, it is possible to grow wealth manifold if you enter it with prudence and planning. So arm yourself with knowledge, invest wisely and stay patient.