Home / Blog / Stocks / What is insider trading & why is it illegal?

What is insider trading & why is it illegal?

Insider trading is an unfair and illegal practice in the stock market, wherein other investors are at a great disadvantage due to the lack of important insider non-public information about a company.

This means that someone with the inside knowledge can easily make a lot of money while the other cannot – thus making the entire trade unfair.

What is Insider Trading?

In India, insider trading is highly discouraged by the Securities and Exchange Board of India (SEBI) to promote fair trading in the stock market for the benefit of the common investor.

Insider trading is malpractice in the trading of listed company’s securities (such as bonds or stocks or stock options) in the market, undertaken by individuals who by virtue of their work have access to non-public information about the company.

This non-public information can be crucial for making investment decisions in the company’s securities.

In simple terms, insider trading means that an individual buys or sells a stock based on information that is not available to the general public.

This individual can be a corporate officer, from the board of directors, employee or someone who has received the non-public information from the company.

Let me explain you the meaning of Insider Trading through 3 different scenarios:

The lawyer immediately sells 1,000 stocks of the company because he knows that the stock price is going to go way down on news of the indictment of the CEO.

While talking to him in July 2014, he told me about Tata motors new car model, Zest and that is to be launched next month, and it’s going to be a sure hit in the Indian market.

Now, I looked at the share prices of TATA Motors which have been undervalued for a very long time but still decided to buy 1000 shares of it on 8th August 2014 when the prices are around ₹428.

This exact date was known only to the insiders and a few advertisement companies associated with this new brand of a product by TATA motors.

The car is launched was really wonderful and was a hit in its segment in the Indian market.

Stock prices of TATA Motors rocketed in the next two weeks.


But that’s illegal and is Insider trading.

So, the government employee secretly buys stocks of the real estate companies and then pushes for the implementation of the regulation as quickly as possible.

Why is insider trading illegal?

In most of the countries, some kinds of trading based on insider information is made illegal by making rules to prohibit or criminalize insider trading.

1. Unfair for other investors

Insider trading is seen as unfair to other investors in the stock market, who do not have access to the information.

The investor with the non-public information could potentially make far larger profits from the stock market than a typical investor could not make.

It is a morally wrong and unethical way of trading in the stock market. All investors should get equal opportunities to trade with the same piece of information about the company.

Insider trading in any market reduces people’s confidence in the trading process.

Let me ask you, would you play or want to play a game that is rigged?

If the people investing in stocks did not think that the market was fair, they would be less likely to enter into trading and this would seriously hurt the market conditions.

Stock trading by specific insiders to any company, such as its employees, is commonly permitted as long as it does not rely on material information which is not in the public domain.

Many jurisdictions across the world require that such trading is reported so that the transactions can be monitored.

1. The story of Rajat Gupta

Mr. Rajat Gupta, a former member of the board of directors of Goldman Sachs, has been in news for a while lately and was convicted of insider trading charges in 2012.

His charges were of leaking board room meetings information about Goldman to Mr. Raj Rajaratnam, the founder of the Galleon Group and a hedge fund investor, who traded on the information.

The information even included about Warren Buffet’s $5 billion bailouts at the height of the crisis and prompted Mr. Raj Rajaratnam, to hedge himself against the fluctuations in stock price.

Even though Mr. Rajat Gupta was not believed to have had any real financial gain, according to his attorneys, and that the two friends were discussing the deal in their position as investors themselves.

But, obviously, the timing of it and the fact that the reveal took place before the public announcement leads to his conviction as a guilty of Insider trading.

2. The story director of Acclaim Industries

Indian markets regulator, SEBI has slapped a penalty of ₹42 lakh on a director of Acclaim Industries for violating Insider trading regulations.

According to SEBI, Mr. Abhishek Mehta was managing director and promoter of the firm at the time of the violation.

SEBI said it conducted a probe from January to December 2012 regarding the change in the shareholding of Mr. Abhishek Mehta after the company’s board approved the proposal of merger of the firm with Database Software Technology Pvt Ltd (DSTPL) in January 2012.

During the investigation, SEBI observed that in February 2012, the board of Acclaim Industries decided not to merge the firm with DSTPL.

However, the decision was not revealed to the stock exchange of India.

Mr. Abhishek Mehta violated insider trading norms by selling shares and reducing his shareholding in Acclaim Industries, when in possession of unpublished price-sensitive information, SEBI said in an order dated January 25 and thereby imposed fine on him.

On 18th January, 2019, the Securities and Exchange Board of India (SEBI) has decided to hold promoters of the company, irrespective of their shareholding status, responsible for violation of insider trading norms if they possess non-published price-sensitive information (UPSI) regarding the company without any a legitimate purpose.

In the press release, SEBI has specified “that the term legitimate purpose will include sharing of the non-published price-sensitive information (UPSI) in the ordinary course of business by an insider with partners, collaborators, lenders, customers, suppliers, merchant bankers, legal advisors, auditors, insolvency professionals or other advisors or consultants, provided that such sharing has not been carried out to evade or circumvent the prohibitions of these regulations.”

This amendment is introduced under “Prohibition of Insider Trading”.

If you or someone is known to you, has engaged in this kind of trading in the stock market i.e., insider trading, this is a very serious situation and require legal assistance.

An individual involved in Insider Trading could face considerable fines and even federal prison sentences under Indian Law. 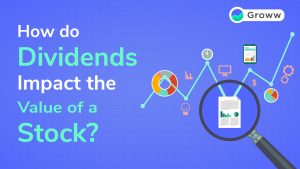 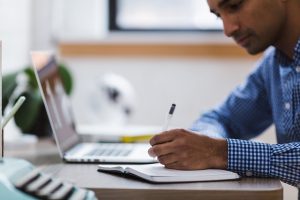 Why Should You Invest in an IPO? 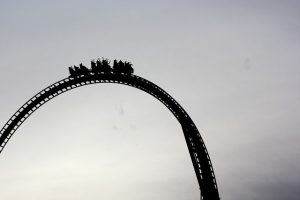 All About Cyclical Stocks : Cyclical Sectors And Their Top Picks 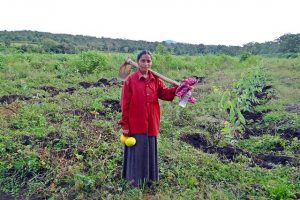 9 Agricultural Sector Stocks That Can Do Wonders to Your Portfolio 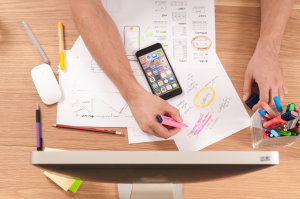