Quarterly Analysis of IT Sector 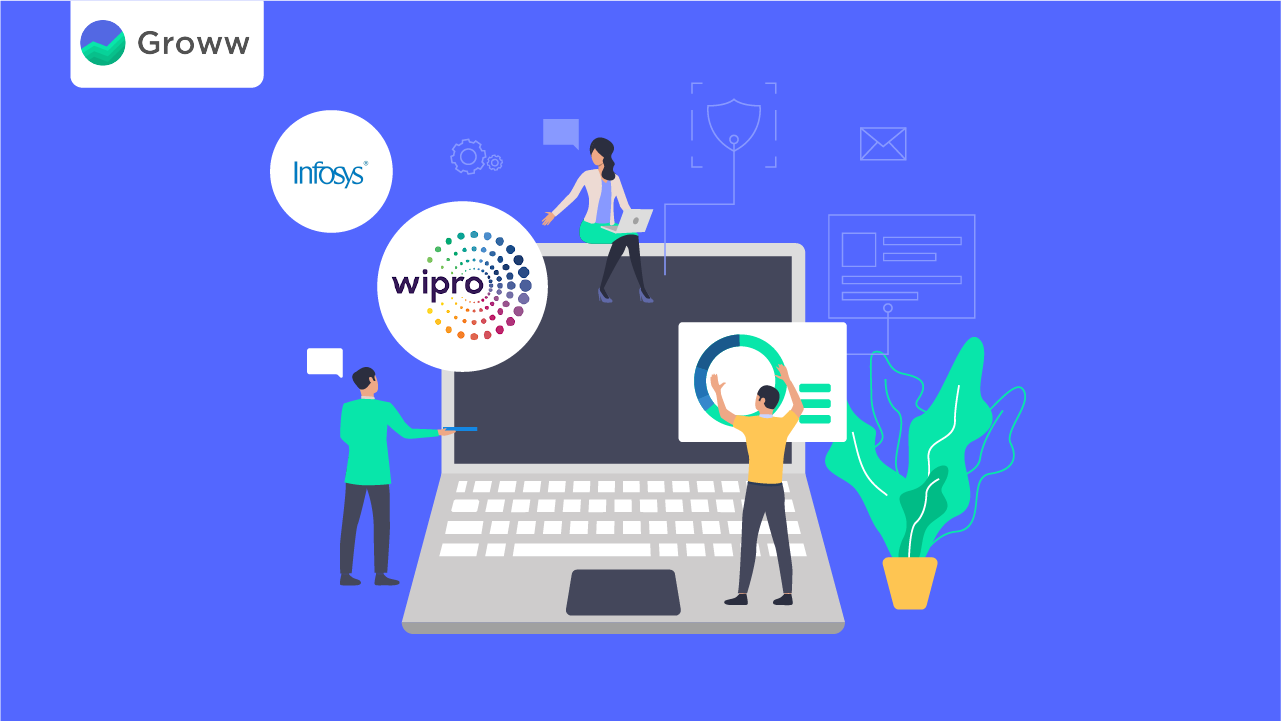 India’s technology space remains a continuously evolving market. The rise in the contribution of the IT sector to the development of the nation, measured by Gross Domestic Product (GDP), from 1.2% in 1998 to 8% in 2020 speaks for itself. In 2019-20, India commanded 55% of the aggregate $200-250 billion global services sourcing business, making it the largest sourcing destination of the world in the IT-BPM industry.

Quarter 1 performance of the top-five large-cap IT companies

Quarter 1 performance of the top 5 mid-cap IT companies

Quarter 1 performance of the top 5 small-cap IT companies

In terms of net profit, many companies delivered double-digit growth over the AMJ 2021 quarter. The digital uptake as the world moved into our homes during the lockdowns seems to have helped the cause for the IT companies in India.

In the mid-cap space, Happiest Minds reported a decline in net profit by 29%, but that mainly came on the back of an exceptional expense the company had to undertake of a few crore. The profit after tax for CAMS, meantime, increased by 59% to Rs 63.24 crore.

Among small-cap companies, Newgen Software delivered more than 100% growth in its net profit to Rs 21.6 crore while NIIT saw a stellar 78% y-o-y increase in its consolidated net profit to Rs 51 crore.

The overall revenue of the IT sector has been on a great footing over the past few years and this quarter was no different. Almost every leading company delivered increased revenue figures on a y-o-y basis which highlights the potential in the sector. Here are some top revenue numbers across companies:

Wipro, a megamoth in the industry, posted revenue growth of 22.3% to Rs 14,913 crore in the first quarter of the financial year while TCS followed behind with 18.5% growth that took its revenue figures to Rs 45,411 crore.

Small-cap company Vakrangee doubled its revenue within a year to post impressive growth of 117.64%. The revenue for the company stood at Rs 132 crore in the quarter against Rs 60.65 crore in the same period the previous year.

The demand for IT services grew multifold in the quarter as more and more people were accessing services from the comfort of their homes. The IT sector kept pace with providing seamless services to businesses and retailers.

TCS reported new deals in the first quarter of the year valuing $8.1 billion. This is a 17.3% y-o-y growth in the company’s new orders. HCL Tech secured 8 large services deals and 4 product deals. These deals were across oil and gas, financial services and technology verticals. Happiest Minds made 18 new additions to its clientele and Firstsource Solutions added 17 new clients. NIIT’s CLG (Corporate Learning Group) boasted of a 47% y-o-y growth in customer acquisition after the first quarter. It signed 3 new contracts for Managed Training Services in the life sciences segment. It also expanded the scope of work with two existing customers. CLG’s total number of MTS customers stands at 59.

Expectedly, the digital services and cloud computing verticals of IT companies grew substantially in the first quarter. This growth was boosted by the increased dependency on online services and the demand for cloud computing across organisations as well as individuals. TCS, HCL Tech, Tanla Solutions, Sonata Software, all dedicated their Q1 performance to the pandemic-led digital boom.

Digital revenue for Cognizant grew by around 15% y-o-y and was 44% of the company’s revenue in Q1 FY 2021-2022, up from 39% in the prior-year period. For Infosys, the figure constituted 53.9% of total revenues, a y-o-y constant currency growth of 42.1%. Wipro’s revenue from IT services increased by 12.2% to US$ 2.4 billion. NIIT also reported significant uptake of their digital transformation services. The company said, NIIT’s Skills and Careers Group has transitioned its customers to the digital platform which contributed to a 62% y-o-y growth in its net revenue.

Statewide lockdowns and the strike of a second bout of infections following the pandemic played spoilsport as companies were forced to undertake cost-cutting measures and lay off employees. The launch of the vaccine, recovery of the economy and higher demand for digitized services, led to a renewed hope and trust in the sector.

However, many firms reported seeing a sharp spike in attrition as the focus shifted to digitization skills. According to a study conducted by a popular human resources company, the attrition rate in the IT sector was the highest among all industries in India at 8.03% in the April-June 2021 period.

Tata Consultancy Services reported 140 basis points to rise in attrition levels during Q1 FY 2021-2022 at 8.6%. US-based technology firm Cognizant, which has two-thirds of its employees in India, reported a record high attrition of 31% this quarter, of which 29% was voluntary.

To make up for it, the company has said it will hire 1 lakh experienced professionals this year. Other IT majors Infosys, Wipro, and HCL Tech also reported high attrition rates at 13.9%, 15.5%, and 11.8%, respectively, in the April-June quarter. For Happiest Minds, the attrition rate came in at 14.7%.

Recently valuations of many IT stocks have gone up. TCS became the second Indian firm after Reliance to reach Rs a market cap of13 lakh crores. Infosys hit $100 billion m-cap, the fourth Indian company to reach the milestone after Reliance ($140 billion), TCS ($115 billion) and HDFC Bank ($100.1 billion). Increased orders and higher reliance on digitisation has helped the sector to sail through the pandemic. Market analysts believe such reasons present a good prospect for the sector in the future. The high valuations and high demand for IT services will mostly sustain in the future. Management commentaries about respective companies are also positive.