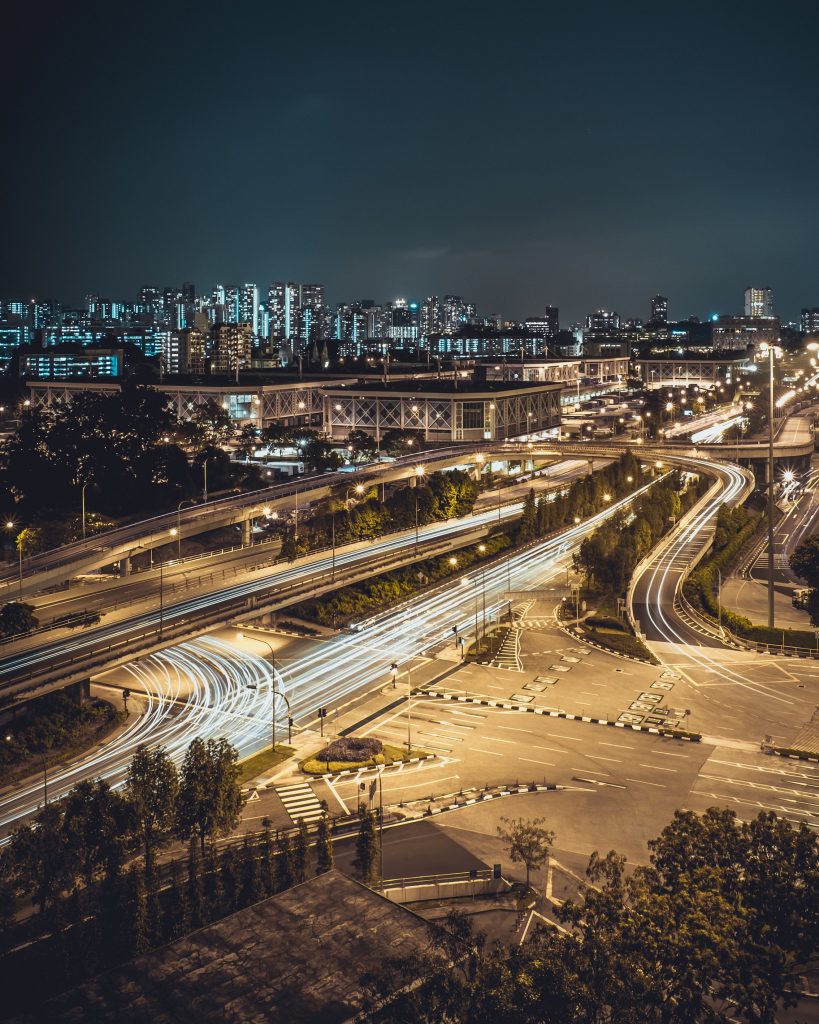 The development of a country’s infrastructure is vital to the growth of its sectors and the overall economy. The infrastructure sector is a key driver for the Indian economy.

The increased spending in this sector has a multiplier effect on overall economic growth as it necessitates industrial growth and manufacturing. This in turn boosts aggregate demand by improving living conditions.

The Government of India is expected to invest highly in the infrastructure sector, mainly highways, renewable energy and urban transport, prior to the general elections in 2019.

Foreign Direct Investment (FDI) received in Construction Development sector (townships, housing, built up infrastructure and construction development projects) from April 2000 to December 2017 stood at USD 24.67 billion, according to the Department of Industrial Policy and Promotion (DIPP).

Much of this investment is coming from many developed economies and major wealth funds across the world. There couldn’t be a better example than the Delhi Mumbai Industrial Corridor where Japan has collaborated to develop one of the world’s largest infrastructure projects in the country.

Some of the recent development in Infrastructure sector

Extension of economic activity from the metros to hyperlocal cities has been the script of growth for most developed countries. On a similar growth spectrum Prime Minister Narendra Modi rolled out a massive plan of smart cities following up on his election promise.

Smart Cities Mission is an urban renewal and retrofitting program by the Government of India with the mission to develop 100 cities across the country making them citizen friendly and sustainable. A smart city uses different types of electronic data collection sensors to supply information which is used to manage assets and resources efficiently.

In order to make the infrastructure sector more robust and attractive, Finance Minister of India, assigned infrastructure status to affordable housing in the recent budget..

In India, there is an estimated shortage of around 4 crore houses (urban and rural). In addition to the population growth of 1.4% per annum, favourable demographics, nuclearisation of families, migration to urban cities, fiscal benefits, rising income and aspirations all could lead to another 1 crore per annum demand for houses.

The Pradhan Mantri Awas Yojana (PMAY) Scheme is an initiative provided by the Government of India which aims at providing affordable housing to the urban poor. This initiative has the mission to provide housing for all by 2022.

Under this scheme, affordable houses will be built in selected cities and towns using eco-friendly construction methods for the benefit of the urban poor population in India. Also, under the Credit Linked Subsidy Scheme, beneficiaries under PM Awas Yojana are eligible for interest subsidy if they avail a loan to purchase or construct a house.

Housing has never been stressed this much in the past budgets seen in India. However, infrastructure expansion at the macro-level, primarily involving roads, highways, transport and railways, attract a large chunk of India’s GDP. According to a report, India’s infrastructure investment share in total investment has risen from 23.3% in 2007 to 32.5% in 2015. Much of that has come from public sector financing.

Our current road construction capacity is 22 km per day. Total road length (including highways) in India is 52 lakh km out of which 96,000 km are highways. And 40% of the total traffic in India is carried on highways which are only about 2% of our total road length. Decision has been taken, by current government, to increase the national highway length from 96,000 km to 2,00,000 km. It is expected that 80% of the traffic will be on national highways.

Transferring traffic from city roads to highways will help in de-congestion of cities, increase the life-span of existing infrastructure and reduce pollution levels. Government also shared plans of developing 36 ring roads in major cities of the country that will focus at providing commercial traffic an alternative to bypass cities.

Government’s ambitious project of developing inland waterways for transport has also been a focus to improve transport infrastructure in the country. Mr. Gadkari informed, “We have already started the work worth Rs. 3,000 crores in Ganga. Logistics cost is a big problem. In China it is around 8 to 10% and in India it is 16-18%. So, by using the waterways we can reduce the cost.”

In a long-awaited measure, SEBI, allowed Indian firms to launch Real Estate Investment Trusts and Infrastructure Investment Trusts in 2014. Both investment instruments allow investors to own a share of property or asset without physically possessing them. Lately, SEBI also allowed mutual funds to invest in these instruments. This promises to partially erase financing worries of big developers and financiers. Reforms like these have nudged investors in favour of the market.

Budget 2018 allocations also indicate a more pronounced boost at infrastructure development which makes India an attractive destination for investment. Indian Railways has been promised funds to modernize its infrastructure and services that includes laying 3,500 km of railway tracks and feeding 7,000 stations with solar power in the medium term.

India will invest as much as ₹ 5.97 lakhs crore in creating and upgrading infrastructure in the FY 2018-19 which is 20% more than last year budget allocation.

Apart from the core sub sectors of Railways and Roads, the special focus of this Budget 2018 has been on rural infrastructure through the development of rural roads, houses, sanitation, irrigation and water supply.

Airports is a big area, particularly with the present government able to identify infrastructure bottlenecks. The budget document mentions that passenger traffic grew at 18% over the past 3 years and airlines have placed orders for about 900 aircraft.

Continuing the focus on increasing air connectivity, the government proposed to increase the standards to accommodate 1 billion flights a year. Arun Jaitley also announced 56 unserved airports and 31 unserved helipads will be covered for usage by civilians soon.

The government also announced an allocation of ₹ 1,014.09 crore for the FY 2018-2019 towards revival of 50 airports and viability gap funding for improving aviation infrastructure in the north-east states under the flagship regional connectivity scheme.

It will also boost the regional connectivity scheme of UDAN (Ude Desh ka Aam Nagrik) initiated by the government last year shall connect 56 unserved airports and 31 unserved helipads across the country.

With an aim to bring back the flagging revenues of the national transporter back on track, Arun Jaitley announced a capital expenditure allocation of ₹ 1.48 lakh crore for the railways. This includes the redevelopment of 600 major railway stations and setting up of escalators and CCTVs and Wi-Fi facilities.

Budget allocation will help in digitalisation of Indian railways along with improvement on safety. Delays and accidents, the two main problem faced by India’s national railway system, is expected to be solved with current budget allocation.

This brings in good news for companies like KEC international and Skipper India. That apart, work for Eastern and Western Freight Corridor is going on full swing with the government estimating a purchase of rolling stock of 1,20,000 wagons, 5,160 coaches, and about 700 locomotives during FY 2018-19.

Under the Pradhan Mantri Gram Sadak Yojana, close to 57,000 km roads will be built with a total cost of ₹ 19,000 crore. That apart, NHAI would target to award projects for around 23,892 km with a total outlay of around ₹ 62,000 crore in FY 2018-19, which will augur well for companies like IRB Infra, Dilip Buildcon, Ashoka Buildcon and few others in this segment.

To meet the target of Housing for All by 2022, the Budget announced the construction of an additional 51 lakh houses in rural areas.

Similarly, the capital outlay under PMAY (Urban) has been increased sharply, including assistance for construction of 37 lakh houses in urban areas.

The government also plans to construct 2 crore toilets in FY 2018-2019 under Swach Bharat Mission and announced a programme to focus on water supply to all households in 500 cities.

Budget 2018 provided direction on the long-term projects being undertaken under the Smart Cities Mission and Atal Mission for Rejuvenation and Urban Transformation (AMRUT) programme.

Of the 100 cities mandated for the upgrade under the Smart Cities Mission, 99 have been selected so far. The programme would involve a capital outlay of ₹ 2.04 lakh crore and till now projects worth ₹ 2,350 crore completed and works of ₹ 20,852 crore is under progress.

Similarly, under AMRUT, state level plans for providing water supply in 500 cities with a capex of ₹ 77,640 crore have been approved.

Companies in the ceramics space like Kajaria and HSIL in sanitation and a slew of cement players who have exposure to these markets would benefit.

Real Estate sector was reeling for a while and was expecting some big-ticket announcements in budget 2018 to revive it. This was from the perspective that real estate greatly contributes to the three economy (by contributing 7.7 per cent to GVA), employment (15 million job creation over 5 years) and exchequer. But there has been a silence in the budget on stimulating mainstream real estate demand.

The budget clearly lays a  focus on increasing farmers’ income. But this will boost consumption in the Indian economy, which in return gives a fillip to the real estate sector.

Real estate is a function of multiple parameters and bearing of the overall economy. So if there is an overall boost to the economy through farm spending and so on, then we will see a rub-off effect on the real estate sector.

India’s budget allocation for the coming FY 2018-19 has been increased by 7.81 percent to ₹ 2.95 lakhs crore over last year’s ₹ 2.74 lakhs crore allocation. At a time when India faces military threats from both Pakistan and China, the defense outlay is unlikely to completely meet the operational requirements and capability development programs of the defence services in India

In order to boom the tourism industry, the minister added that 10 tourist destinations to attract more people to the country.

India seems to be at the cusp of an infrastructure revolution, and the budgetary support of ₹ 5.97 lakh crore for FY 2018-19 will be a big positive for the sector and supplementary industries such as cement.

According to the data available, Infrastructure mutual funds have a total corpus of more than ₹ 28,962 crores as on December 31, 2017.

Apart from these sectoral mutual funds, there are other category of mutual funds which have a significant portion of their portfolio invested in infrastructure sector.

To look at some of the best performing funds from every category of mutual funds, check out Groww 30 best mutual funds to invest in 2018.