Home » Blog » Markets » How Much Is India Spending to Keep the Economy Going?

How Much Is India Spending to Keep the Economy Going? 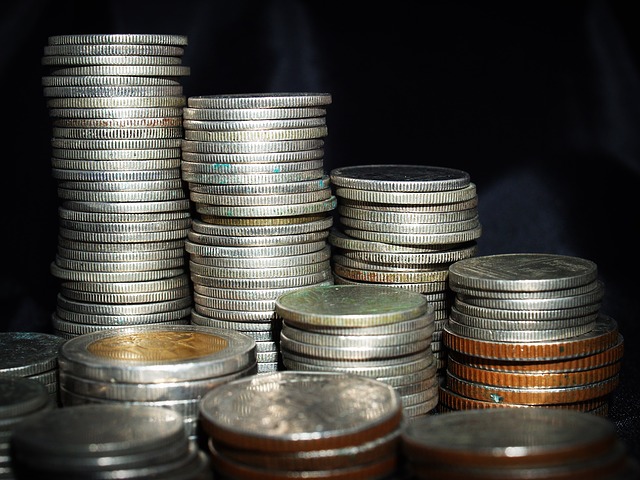 ‘Consumption is the sole end and purpose of all production; and the interest of the producer ought to be attended to, only so far as it may be necessary for promoting that of the consumer’-Adam Smith, noted economist

India’s consumption driven growth story would have got a thumbs up from classical economists like Adam Smith.

The World Economic Forum, in its recent report ( January 2019) titled ‘Future of Consumption in Fast-Growth Consumer Market – India’ has positioned India to be the third-largest consumer market, following the US and China, by 2030, fuelled by buoyant domestic private consumption.

Presently with a domestic, private consumption market worth $1.5 tn, India presents a huge business opportunity with a potential to touch $6 tn by 2030.

Zara Ingilizian, Head of Consumer Industries and Member of Executive Committee, World Economic Forum expressed confidence in the India growth story : “As India continues its path as one of the world’s most dynamic consumption environments, private and public-sector leaders will have to take shared accountability to ensure such consumption is inclusive and responsible.’

The report characterizes India as a growing income economy, transforming from the bottom of the pyramid, to an economy that is predominantly middle class driven.

The emergence of the middle class in centre stage would translate into 25million households, escaping the poverty trap.

It is believed that this consumption-led growth would be concentrated in the urban pockets, densely populated cities and rapidly developing rural towns.

“There will be an opportunity to unlock nearly USD 1.2 trillion of spend in developed rural areas by improving infrastructure and providing access to organised and online retail,”- WEF

However, there are some critical areas that need increased focus like skill building, economic upliftment of rural India and creation of a sustainable economic system for Indian citizens.

Firing on (many) Cylinders

There is another factor propelling growth, which is the Government spending, especially on infrastructure like roadways, waterways, airways, railways and highways, farm sector and healthcare.

“Infrastructure is the backbone of any nation’s development and quality of life. Whether it is highways or railways or airways or even digiways, we have gone beyond incremental growth to attain transformative achievements” -Piyush Goyal, while presenting the Budget 2019.

Besides, the private spending, this is another dimension of spending contributing to development which is in agreement with the views of Keynesian economists.

The Keynesian multiplier effect expounds an increase in private consumption expenditure or net government spending increases the total Gross Domestic Product (GDP) by a higher quantum than the amount of spending or expenditure.

This is just what the doctor ordered. We shall now look into some of the spending parameters:

Bharatmala- the biggest highway construction plan has derived a lot of impetus from the government.

India has the distinct credit of being the fastest highway developer in the whole world with almost 27 km of highway being built each day.

Even construction of rural roads has got a boost in the Budget 2019-20 with Rs.19,000 crore allocation to the Pradhan Mantri Gram Sadak Yojna (PMGSY).

The improvement in infrastructure from enhanced fiscal spending would contribute immensely to GDP growth in the coming quarters.

For many years, China was ahead of India, mainly due to its superior infrastructure. That might soon become a story of the past.

Fulfilling Every Individual’s Dream to Fly

The government introduced the path-breaking UDAAN scheme, which will give wings to the common man’s aspiration to travel by air.

India now has a large number of airports, across the country, evenly distributed in the metros, Tier 2 and Tier 3 cities. Some phenomenal statistics point to this booming industry.

By 2025, it is believed that India would be #3 in aviation, globally. However, global factors like volatile crude prices which would adversely impact the price of aviation fuel might play spoilsport.

India is the land of rivers and surrounded by oceans for a large part of its landmass.

Thus, India is truly blessed by Mother Nature in this regard. The Government is seeking to capitalize on this and has increased spending on connecting waterways.

The flagship scheme of Sagarmala, a port modernization scheme, along the coastal areas of the country has received considerable Government funding.

This will enable development of ports for quicker handling of import and export cargo. For the first time, container freight movement has started on inland waterways from Kolkata to Varanasi.

Railways is still the main source of transportation for the Indian population, especially the rural folk, when it comes to travel. The Budget saw a apex push of 7-8% towards railways.

Recognizing the need for quality education, the Government has revamped the higher education system by setting up world class institutions across the country like IITs, IIMs, AIIMs etc.

An educated woman ends up educating the members of two families. Keeping this benefit in mind, the Government has consistently allocated higher funds towards the popular Beti Bachao Beti Padhao scheme.

Under the healthcare initiative, the government of India introduced the Ayushman Bharat Yojana (National Health Protection Mission) in 2018, the world’s largest public medical care system, to pay for the tertiary healthcare of over 100 million families across India.

The scheme is also expected to provide insurance cover to over 5 lakh families. Another aspect emphasized is the maternity care, which has seen increased government spending.

Crowding Effect Is Not Justified

One might argue that the enhanced Government spending is resulting in private sector access to capital getting expensive.

However, this is not true. The private sector investment is slightly muted mainly owing to global uncertainties like trade disputes, fluctuation in oil prices, rupee depreciation and the rise of protectionism globally.

It is important to realize that the government fiscal spending into the right channels would help achieve a more equitable and well-balanced growth with improvement in social indicators.

The economic upliftment would result in newly found purchasing power in the hands of the poor, which would ultimately boost consumption and business profit.

Panic about Unemployment is Unwarranted

There is a certain section of economists who believe that India is facing an unemployment problem.

However, a large number of economists say that this is a lopsided picture. Unemployment in India is largely a population problem. It is not possible to create 100% jobs for an ever-growing population.

Further, the government is giving a fillip to entrepreneurship with its flagship Startup India Program.

Towards a More Sustainable and Equitable Growth

The high social impact spending by the government is already witnessing transformational results on the ground.

Additionally, a predominantly young demography and burgeoning middle class with significant purchasing power is contributing to the consumption led growth.

The government is aiming to channelize resources towards productive avenues like welfare schemes and infrastructure building, which would yield rich dividends in the years to come.

Thus, it might be more appropriate to term it as public sector investment in public utilities like clean water, sanitation, farm sector, healthcare and most importantly infrastructure, unlike mere spending on subsidies.

“It (India) will remain one of the youngest nations on the planet and will be home to more than one billion internet users.

The new Indian consumer will be richer and more willing to spend, and unlike her predecessors, she will have very specific preferences’ – WEF report predicting 4x consumer spending in India by 2030.