History of Stock Market Crashes In India – Known And Unknown 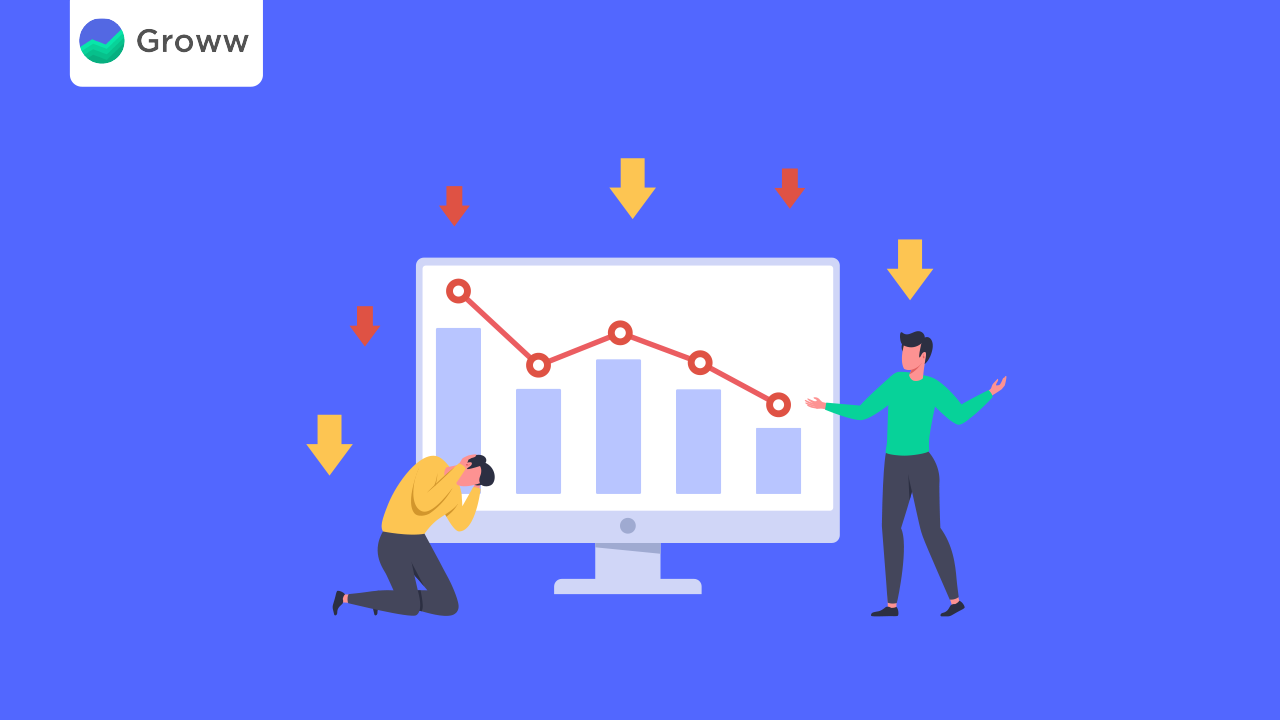 The stock market is a volatile place. Hence, there have been times when markets have crashed and caused losses to investors within no time. A crash is usually defined as a rapid double-digit fall in indices. While the markets have always recovered, sometimes, the impact of a crash has lasted for years.

Today, we are going to turn the pages of history and look at various known and unknown stock market crashes in India.

India experienced its first-ever market crash long before the Bombay Stock Exchange was incorporated. In 1865, some Gujarati and Parsi traders would mutually trade stocks of Indian companies at the corner of Meadows Street and Rampart Row.

The American Civil War started in 1861 had led to an increase in demand for cotton which was a major export commodity for Indian companies at that time. This had led to a sudden and sharp increase in the price of cotton and had a boosting effect on the stocks of companies producing and exporting cotton. Also, people who made money selling cotton invested their earnings in the stocks. By April 1865, the Civil War ended resulting in a decline in demand for cotton and causing a stock market crash.

In 1874, many stockbrokers moved to Dalal Street and the Bombay Stock Exchange was formed in 1875 as the first established stock exchange in Asia.

What happened in 1982 is not necessarily a stock market crash but definitely, an interesting incident one should keep note of.

Many people are unaware of how Dhirubhai Ambani took control of the situation to prevent a bear cartel from taking control.

In 1982, the shares of Reliance Industries were trading at around Rs.131. In a short period, the share price dropped to Rs.121. It is important to note here that this was the period when stock markets had a 14-day settlement period. Hence, you could buy and sell shares during the 14-day period and it would be treated like an intraday trade today. Hence, many people would short sell if they expected the price to fall and buy it within the settlement period booking a profit.

This was also the period when bear cartels were thriving. They would target a company, short sell its shares driving the price down and buy them back at a lower price to book profits.

The drop in the price of the shares of Reliance Industries was due to a bear cartel short selling around 11 lakh shares of the company. Mr. Dhirubhai Ambani realized that if this continues then the small investors might lose a lot of money and people might lose faith in Reliance. So, he gathered brokers who were Friends of Reliance and asked them to start buying Reliance shares. This led to a lot of buying and selling of Reliance shares during the settlement period of 14 days. At the end of the settlement period, Friends of Ambani asked for the delivery of the shares sold by the bear cartel. The cartel didn’t have the shares and Ambani didn’t allow the stock markets to open unless the trades were settled. This resulted in the stock markets remaining closed for three consecutive days.

In 1992, the Harshad Mehta scam led to the crash of the stock markets and the Sensex falling more than 50% over the period of one year.

Harshad Mehta was known as the Big Bull of Indian stock markets. He used to buy shares of a specific company, pump up its prices by increasing demand, and selling them to book profits. To give you an example, he invested in the shares of ACC Limited taking its share price from Rs.200 to Rs.9000 per share in merely 2-3 months. Subsequently, he siphoned off more than Rs.1000 crore from banks to buy stocks. When the scam was exposed, the markets experienced one of the biggest falls. Sensex tanked by around 2,000 points to levels of 2,500. It also resulted in a bear market that lasted for around two years.

In May 2004, the Sensex registered a record one-day fall of nearly 565 points. This was primarily attributed to the unexpected defeat of the National Democratic Alliance (NDA) and a meltdown in the emerging sectors of the Indian economy. Some analysts also attributed this crash to a foreign institutional investor, UBS, selling shares during the same period as the change in the political landscape caused concerns regarding the continuation of reforms in the country.

The financial crisis of 2008 adversely impacted businesses, economies, and stock markets. On January 21, 2008, the Sensex dropped by around 1408 points, eroding investor wealth. This day is referred to as Black Monday and analysts attributed the fall to a range of reasons like:

While the markets recovered from the major downturn in 2008, on August 24, 2015, Sensex fell 1624 points. This was attributed to fears about a potential slowdown in the Chinese economy. This was due to the devaluation of the Chinese Yuan a few weeks prior to the crash causing a fall in the rates of other currencies and high selling volumes of stocks. In the Indian markets, this was worsened by a poor monsoon season in India and disappointing earnings in the first quarter of the Fiscal.

2015-16 was a tough period for stock markets around the globe. In India, the Sensex continued to fall. By February 2016 it had dropped around 26% in just eleven months. This was primarily attributed to Indian banks having a lot of NPAs and general global weakness. By November 2016, there was frantic selling by people after the government cracked down on black money via the Demonetization drive leading to the Sensex falling by 6%. This was concurrent with falls in other Asian markets too.

The recent outbreak of COVID-19 that resulted in a pandemic and lockdowns around the world led to a huge market crash in global and Indian markets. From the day the World Health Organization (WHO) declared the virus as a pandemic, the Sensex dropped from 42,273 points to 28,288 points within a week. This coincided with the Yes Bank crisis causing the strong BFSI sector to lose crucial points too.

As you can see, stock markets have experienced frequent crashes for a wide range of reasons. From wars to broker cartels, political instability to banking crises, government policy decisions, and health concerns, stock markets are impacted by a wide range of factors. Hence, it is important to remember that keeping an eye open for such events can help you determine the direction the markets can take. Also, we would like to highlight here that while crashes are inherent to stock markets, recoveries have also been consistent. Hence, a long-term stock investment strategy can help you survive such periods with ease.