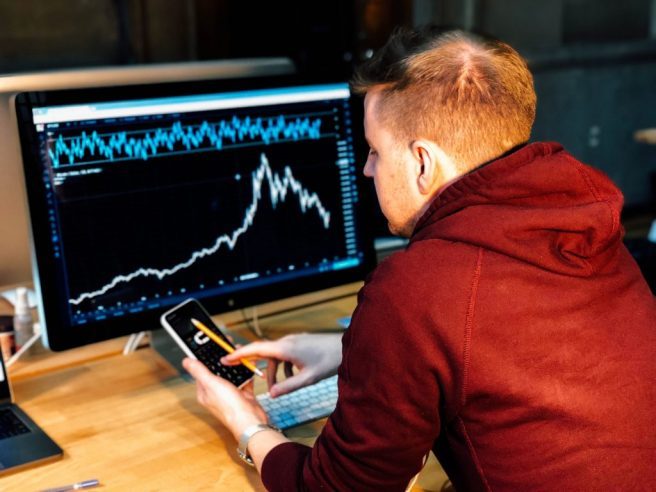 Off late the major banking names have sold off to a level that was last observed in last 2016 after the presidential election. We believe these banks could break down over the coming months thereby entering into the bear phase. While few of the commercial names are better off, the overall segment is struggling with the rising interest rate, low business investment, and a deteriorating housing market.

In this blog, we seek to discuss the prospects of the banks for the developed market while touching upon the current status from the emerging economies such as India.

If we talk of the past performance, we see that the banking stocks rose sharply soon after the US presidential election, but these stocks have acted poorly for months now. Also, there is little reason to believe that these names will rally in 2019. This belief is primarily due to growing odds for a recession in the United States and other economies of the global market. The only respite to such fate could be a settlement between the US and China on trade and intellectual property.

What do the indices indicate?

The SPDR S&P Bank ETF (ticker: KBE) witnessed a range bound movement between 2013 and 2016 despite a bullish market.

In late 2016, the ETF broke its range rising gradually right after the US presidential election, but the performance didn’t last long with the fund witnessing a trend reversal in March 2017 and a rangebound movement after that until December 2017.

Advancing to 2018, the fund support from the bulls in the early months with the fund surpassing its previous best of March 2017 but the price trend since March 2018 has remained bearish. Tremendous sell-off in the space coupled with the news surrounding slowdown in the housing market, a downturn in the economic activity of the US due to mounting tension between the US and China has resulted in the fund testing its previous levels of 2016.

If we look at the KBW Bank Index (The KBW Bank Index, developed by financial sector specialist investment bank Keefe, Bruyette and Woods, includes 24 banking stocks. The stocks represent large U.S. national money center banks, regional banks, and thrift institutions. The KBW Bank Index is a benchmark stock index for the banking sector), the index has seen a precipitous decline in the past 15 days slipping nearly 20%. The fall is one of the steepest falls since June 2016 – the month of the Brexit vote.

Impact on profitability and the treasury rate?

If we see the pattern of the treasury rate of varying maturity, it was observed that the two-year and five-year treasury relationship inverted in recent days along with the three-year and five-year trend. This inversion is often viewed as a late-cycle signal and has preceded economic recessions over time. Also, the reversal has resulted in shrinking spread between the borrowing and lending rate thereby negatively impacting the profitability levels of the financial institutions. The profitability concerns were upfront, and some of the leading institutions such as the Citigroup warned the market of revenue decline during the fourth quarter.

Proceed with caution amidst the bearish trend in the market

Evidence from the Indian market

The Indian banking sector consists of 27 public sector banks, 21 private sector banks, 49 foreign banks, and numerous regional rural banks, urban co-operative banks, and rural cooperative banks. The lending for the sector grew at a CAGR of nearly 10-11 percent over the past decade until FY18 while the total deposits grew at 11-12 percent.

We believe the financial and economic condition of the country is far superior to any other country in the world. History says that the Indian banks are generally resilient, and have withstood the global downturn well. Going forward, we believe enhanced spending on infrastructure, timely implementation of projects and continuing reforms along with adoption of technology is likely to provide a fillip to the sector.

These factors suggest that India’s banking sector is poised for robust growth as the businesses shall turn to banks for their credit requirement.

One of the risks for the industry is the massive $151-billion stock of bad loans. The considerable bad loans remains a risk for the sector’s weak income base and slower non-performing loans (NPLs) resolution. Also, the capital position of the state-run banks is at risk with the core capital ratio remaining below the minimum regulatory requirement.

The bottom line is that the global banks are trading at a nearly 52-week low after topping this January. The banking stocks are plunging as the global equity markets continue their sell-off driven by flattening the yield curve, rising trade war tensions between the US and China. Any further breakdown from the current level could result in the banks entering a multi-year bear market.

For emerging economies such as India, the banking sector continues to have a bright prospect supported by credit growth expected on the back of rising economic activity. Also, Indian banks are increasingly focusing on adopting an integrated approach to risk management, and the majority of the Indian banks have already complied to the requirements of Basel III which has a deadline of FY19.