Home » Blog » Markets » Experts Say This Is the Worst Quarter for Global Trade: Should India be Worried?

Experts Say This Is the Worst Quarter for Global Trade: Should India be Worried? 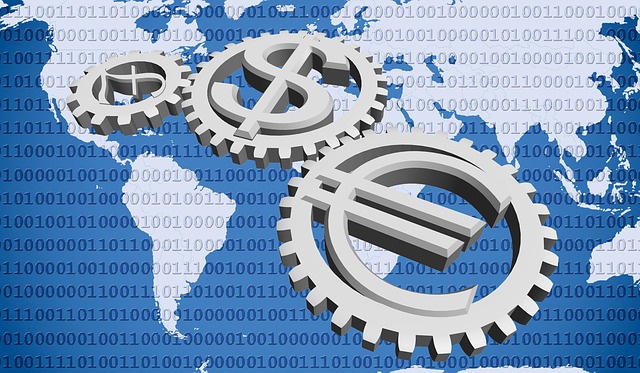 “When there are too many clouds, it takes one lightning (bolt) to start the storm’’- IMF managing director Christine Lagarde

The above words aptly summarize the current global economic order, which is shrouded in financial uncertainty and burgeoning trade tensions.

Financial analysts believe that the global macroeconomic indicators of global trade point to dark clouds looming on the horizon. How exactly and how long the impact of the trade conflict pans out is difficult to say.

One thing is for sure, the global economy is not yet out of the woods as far as global trade growth is concerned. Several antagonistic factors are pushing certain global economies towards a gradual, prolonged and painful slowdown as is evident in the EU and China.

The situation has been further aggravated by an uncertainty in the Brexit outcome and escalating trade tensions between the US and China, currently the two global economic powerhouses.

As a result, the economic situation, similar to a ‘when elephants fight, it is the grass that suffers’ scenario, is plummeting towards a global trade slump, which can further worsen, unless the trade disputes are sorted out.

What Does the World Trade Organisation Say?

The WTO has recently downgraded its trade forecasts for Q4 18-19, with a foreboding that trade volumes are expected to hit a nine-year low. Trade growth was downwardly revised to 3.7 percent in 2019 from 3.9 percent in 2018 and is expected to recede further if trade tensions prevail.

The WTO estimates are based upon WTO’s quarterly trade indicator which analyses diverse metrics like merchandise trade volume, export orders, international air freight and automobile production and agricultural output, to arrive at an index value.

A value lower than 100 points indicates declining global trade. The current reading stands at 96.3, the lowest ever since the financial crisis of 2008. The decline in the value of the comprehensive index is said to have been influenced by a fall in each of the component indices, which are strained owing to heightened trade disputes.

“The simultaneous decline of several trade-related indicators should put policymakers on guard for a sharper slowdown should the current trade tensions remain unresolved,” WTO warned.

Where Does India Stand in All of This?

India is currently fighting its own battle on the currency front, by attempting to boost exports, reduce currency fluctuations and finally cut its trade deficit, which has currently ballooned to $14.7 billion.

Counterproductively, India’s exports grew by a nominal 3.7% to $ 26.4 bn in Jan’ 2019, a drop in the ocean compared to the quantum required to trim trade deficit margins.

India is trying to seize the trade opportunity, emerging from a US-China tariff war, by enhancing exports to both the countries.

However, a global trade problem could trigger a negative demand shock, resulting in a supply glut. In such a scenario, India’s pricing prospects could be dampened, owing to the abundant availability of cheap Chinese goods in the markets. This would further drive down the returns of local Indian producers especially raw material suppliers.

Further, it would be a tall order for India to replace China as a supplier of goods, given the massive scale of manufacturing operations in China. To access alternate markets for its goods, India is in talks for a free trade agreement with the EU. However, the situation is already compounded by a slowdown in the EU.

Impact of the Trade War

The ramifications of the trade war could extend to capital flow, as well as owe to weaker global confidence. This could hurt a developing country like India badly as this would mean reduced FDI inflows, which could further weaken the rupee value.

While there is no reason to believe that recessionary trends exist in India, trade wars could have a domino impact as regards widening of India’ import-export gap.

India’s external export plus imports comprise a sizeable 42% of the GDP. Besides, India suffers from a current account deficit, largely funded by external capital inflows. The global concerns are already being factored into the Indian stock market with falling indices taking a cue from global vulnerabilities.

Is There a Positive Effect?

Every cloud has a silver lining, the upside from this economic downturn is that the oil prices would remain subdued. Oil prices rally as per global economic events. This would work to the advantage of India, which is heavily dependent on oil imports to fuel domestic economic growth.

To manage inflation and ensure healthy forex reserves, India ideally needs to have oil prices in a sustainable range of $60-$65/barrel. Currently, China is the largest buyer of US crude oil.

However, with serious differences, China may attempt to source its oil from alternate avenues. It would be difficult for US to replace China’s oil consumption, which may result in a fall in crude oil prices.

Tariff impositions and retaliatory action would result in adverse investment flow across borders. Amidst growing clamour for protectionism amongst countries, India has stayed ahead of the curve and adopted the strategy of a bilateral country wise trade pact.

As a consequence, India has negotiated and entered into a specific bilateral trade agreement with several countries across the globe as evidenced by the recently signed MOUs with countries in Latin America, Africa and the Middle East, to name a few.

While it is imperative that India improve the price competitiveness of its domestic players and encourage home-grown entrepreneurship, it is important to strike a balance between one’s internal needs and recognize the interest of India’s trading partners as well.

An all-out trade war is ultimately a zero-sum game.

India cannot afford a ‘taking off the gloves’ approach when it comes to global trade deals. In fact, India should develop its strengths, positioning itself as a collaborator in the bargaining table, rather than being drawn into the trade disputes by building participative cooperation.

The WTO has reiterated that the improved trade relations and policy clarity could result in a rebound situation with a recovery in trade numbers.

Policymakers need to proactively stay on guard and prevent a further slide of the trade trajectory from a deterioration into a full-blown US-China trade confrontation.

History teaches us that there is no winner in a trade war and an inclusive world works for everyone.
Back home, its not all gloom and doom for India’s economy. While there is cause for India to worry about the geopolitical economic events, there is no reason to panic.

While, India cannot remain immune to global headwinds, a strong and resilient domestic economy can help tide over global trade weaknesses. India should work towards improving the conditions in it’s own backyard, rather than focusing on global systemic factors.

To achieve this, India would have to improve its internal economic parameters like employment generation, inflation control and growth prospects.

However, the biggest uncertainty of all remains the outcome of the 2019 General Elections. With elections around the corner, the government of the day might have to adopt populist measures.

Hence, the political risk remains most critical as far as India’s economic growth is concerned.