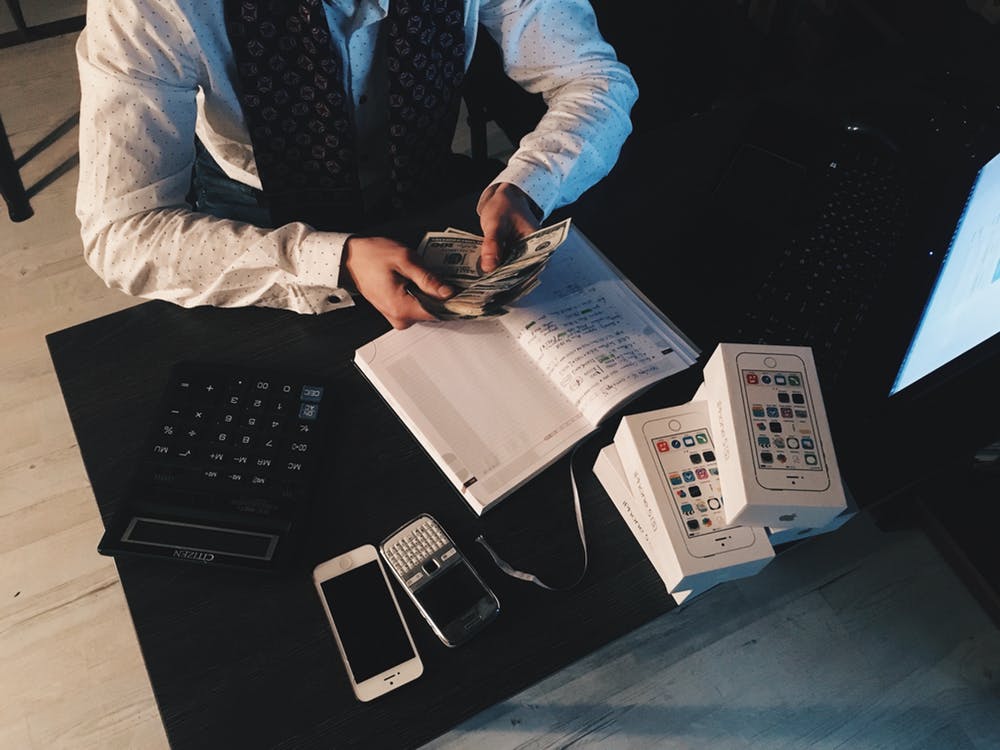 The Employees’ Provident Fund Organisation (EPFO) on 21st February declared lower interest rate for 2017-18 in comparison with the previous year. The provident fund deposits this year will give an interest rate of 8.55% which is less than 8.65% of 2016-17.

Labour secretary M. Sathiyavathy said that the cut, announced after a meeting of the Central Board of Trustees (CBT) was the best that could be given to the citizens in the present uncertain market scenario.

The decision could prove politically complicated for the Bharatiya Janata Party-led government as it may anger the vocal middle class, a point that employee representatives on the EPFO board informed central government representatives at the retirement fund body.

Labour minister Santosh Kumar Gangwar, who leads the body’s central board, said that the interest rate payout was reduced because of less returns from debt investments. Although the pension fund manager realized more than Rs 1,000 crore in capital gains by selling off a part of its equity investments, the revenues were not enough to give a better interest rate or even match that of the last year.

He further said that previous year, after they had paid an interest rate of 8.65%, EPFO had a surplus of Rs 695 crore and this year, after they decided a rate of 8.55%, the surplus was Rs 586 crore. He informed that strained finances were the reason behind a lower interest rate. Debt investments earned EPFO less than 8% return in the current financial year.

When asked why EPFO needs to keep a surplus worth Rs600 crore, EPFO financial adviser Manish Gupta said pension funds across the world need to keep a health stabilizing fund.

However, employee representatives told that as per earnings anticipation, an 8.65% interest rate would have still left a surplus of Rs48.42 crore.

When government does not add anything to the Provident Fund of subscribers, then why are they lowering the interest rate despite money in their corpus?” asked A.K. Padmanabhan, president of the Centre of Indian Trade Unions, a central trade union affiliated to the CPI(M), and a member of the CBT.

Ashok Singh, a senior leader of the Indian National Trade Union Congress and CBT member, said that when EPFO went to the capital market, the argument was that it would increase returns for Provident Fund subscribers. But two-and-a-half years on, they have been consistently lowering the rate. He further said that everyone will see the employees’ reaction on the ground soon. The government is taking away all alternatives of higher earnings for the citizens of India.

The CBT decision will need to be approved by the finance ministry.

Currently, EPFO allocates 15% of its annual receipts in equities via Exchange-Traded Funds (ETF) and the remaining 85% is invested in debt instruments, including government bonds, private sector bonds and fixed deposits. Since August 2015, when it started investing in the capital market, the body has invested a little over Rs44,000 crore. As of January-end, its equity investments have given around 16% returns.

The minister said that the CBT has decided to amend the EPF Act to add more companies under EPFO and increase social security gains. Right now, all organized sector establishments and firms having 20 or more employees have to get registered under EPFO. The minister said the ceiling has been lowered to 10 now.

This is not the first time that the CBT had taken this decision but execution remained a dream because the required amendment in the Employees Provident Fund & Miscellaneous Provisions Act did not come through. Gangwar is more positive this time and said that the move will help increase the EPFO subscribers base, perhaps to as high as 9 crore.

While the EPFO has reduced the interest rate, the returns from Provident Fund deposits are still better in comparison with other investment options like PPF and bank deposits, which have lower interest rates. Last year, the government had lowered the rates on small savings schemes such as National Savings Certificate and PPF by 20 basis points but spared senior citizens.

According to the sources, EPFO had earned a return of Rs 1,054 crore on sale of ETFs in February, which would be enough to give 8.65% rate of interest in the current financial year. An ETF is a collection of stocks that reflects the composition of an index.

The EPFO interest rates are decreasing since 2015-16 when the rate on deposits was 8.8%. Currently, the pension fund body has around 6 crore members.

The exchange-traded funds (ETFs) investments have given a return of 20.65% so far, and in the months of January and February this year.

The EPFO has invested around Rs 44,000 crore so far in the ETFs. It has been investing in ETFs since August 2015 and it has so far not monetised the ETF investments.

The EPFO manages a corpus of over Rs 10 lakh crore and gets 1 crore claims every year. Over the past, it has launched many new initiatives for the good of subscribers for making the claim process easy.

When EPFO said it has done best in between constraints, workers union said the move will hurt the salaried middle class.

It could have been worse. Last year, guess was common that the rate cut would be of around 25 basis points because of lower income on bonds, where the body invests most of its funds, and its plan to credit Exchange Traded Fund (ETF) units directly into EPFO account holders. Thankfully, the cut is a smaller 10 basis points, and pretty inescapable at that. There is a still a gap of about 90 basis points between the declared interest rate suggested by CBT and the 10 year Government Security yield at 7.66%. There is little bit of stress on the overall portfolio returns.

With this being the ruling government’s last year in office, general elections are coming up next year and it is hardly a good time to annoy the middle class.

The other good news is that the labour minister launched the UAN-AADHAAR linking facility for the benefit of members using the EPFO link in UMANG mobile application. This is in addition to the present facility on the website of the EPFO. The CBT further decided to lessen the administrative charges from 0.65% to 0.5% of total wages, which are paid by employers.

Under EPF scheme, an employee has to pay a certain part towards the scheme and an equal part is paid by the employer. The employee gets a lump sum amount including self and employer’s part with interest on both, on retirement.
As per the rules, in EPF, employee whose salary is more than Rs. 15,000 per month at the time of joining, is not eligible for EPF and is called non-eligible employee. Employees getting less than Rs 15000 per month have to compulsorily become members of the EPF. However, an employee who is getting salary above the limit of Rs 15,000 can become a member with permission of Assistant Provident Fund Commissioner, if he and his employer agree.
For maximum employees of the private sector, it’s the basic salary on which the part to be given towards EPF is calculated. For example, if the monthly basic salary is Rs 30,000, the employee part towards his or her EPF would be Rs 3,600 per month (12% of basic pay) while the equal amount is given by the employer per month.

So, for every employee with basic salary equal to Rs 15,000 or more, the diversion is Rs 1,250 each month into EPS. If the basic pay is less than Rs 15000 then 8.33% of that full amount will be contributed to EPS. The balance will be kept in the EPF scheme. On retirement, the employee will get his full contribution along with the balance of Employer’s contribution retained to his credit in EPF account.

The employee can voluntarily pay higher amount above the statutory rate of 12% of basic salary. This is called contribution towards Voluntary Provident Fund (VPF) which is taken separately. This VPF also gets tax-free interest. However, the employer does not have to match such voluntary part contributed by the employee.

The relevance of 5 years of continuous service:

Typically, in early and mid-years of their careers, employees are inclined to change jobs. After leaving, they have two options with regard to their EPF. Either they can withdraw it after waiting for 60 days (if unemployed) or transfer the remaining amount to the new employer.

The EPF withdrawal is not taxable if one has completed at least 5 years of continuous service. If one has changed jobs in less than 5 years but transferred the EPF to the new employer, it will be counted as continuous service. Someone, for instance, works for 1.5 years and then joins another company. He transfers his Provident Fund balance on to the new employer where he continues to work for 3.5 years. Taken together, it will be 5 continuous years of service for the employee. It is, therefore, better to transfer an employee’s present Provident Fund to his new employer.

Withdrawing the Provident Fund balance without completing 5 continuous years of service has tax consequences. The total employer’s amount contributed along with the interest earned will get taxable in the year of withdrawal. Also, the amount of deduction claimed under Section 80C on one’s own contributed part will be added to his income in the year of withdrawal. In addition, the interest earned on an employee’s own contributed part will also be charged to tax.

The government had introduced Tax Deducted at Source (TDS) on Provident Fund withdrawals in order to demotivate premature withdrawals and encourage long-term savings. No tax is deducted if the employee withdraws Provident Fund after 5 years. Also, TDS shall not be charged in case of PF transfer from one account to another. From June 1, 2016, for TDS, the threshold limit of PF withdrawal has been raised from Rs 30,000 to Rs 50,000. TDS will be charged at the rate of 10% provided PAN card is submitted.

The money is government backed and the interest earned is free of tax. In fact, it enjoys the Exempt, Exempt, Exempt (EEE) status as contributions are deductible from income. There is hardly any debt element that gives such high return with safety and assurance.

Therefore, it’s better to transfer an employee’s Provident Fund account when he changes job and avoid the temptation to withdraw the amount.

Disclaimer: views expressed here are of the author and do not reflect those of Groww.