Budget 2021: Economic Survey and Its Highlights 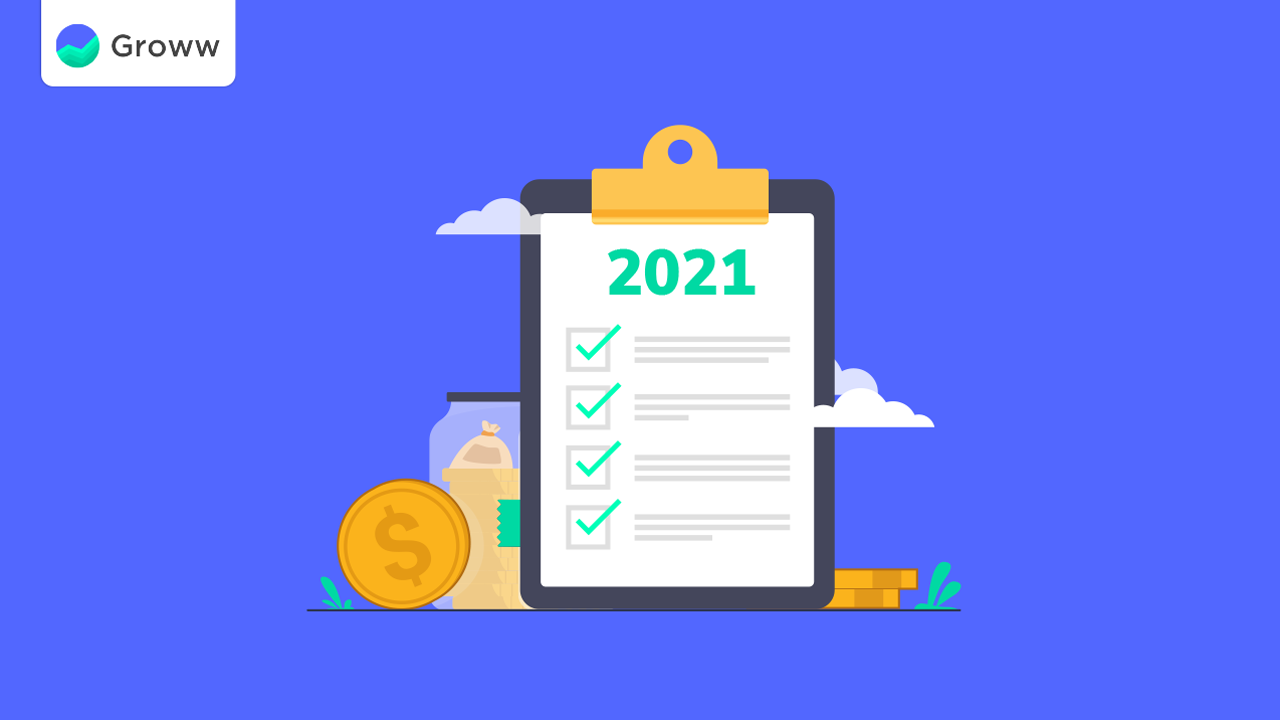 The Economic Survey of India is a detailed report of the performance of India’s economy during the last year. It analyses the progress of the economy over the last year. The Survey offers a bird’s eye view of the major economic developments during the year and highlights the challenges that lie ahead. This is usually presented one day before the Union Budget and sets the stage for the presentation of the budget.

Only last week the International Monetary Fund (IMF) had said that India will grow at 11.5% in 2021 (Jan to Dec). This made India the only country that is expected to record double-digit growth this year, according to IMF.

The pandemic stalled India’s growth trajectory in the previous year. GDP contracted 23.9% year-on-year (YoY) in the April June quarter. This was the first GDP contraction in more than 40 years. It again contracted, but by 7.5%, for the July-September quarter.

India’S FY20 GDP growth has also been revised lower to TO 4% versus 4.2% which was the provisional estimate.

On the other hand, the survey also said that the Indian government may need to continue with an expansionary fiscal stance in order to sustain the recovery in aggregate demand.

An expansionary fiscal stance means that the government have to incur substantial expenditure to implement policies that will help boost demand in the economy.

Due to the grim economic outlook, fiscal slippage and how the previous year panned out for us, several rating agencies in recent times had placed India in the lowest investment grade category. While the survey admits that this has never been done before to the fifth largest economy in the world, the survey has also advised the government to not let credit ratings throw them off-track as they do not reflect our fundamentals.

On the bad loan situation in the country, the economic survey has highlighted the need for RBI to be more equipped to be able to spot red flags way before it is too late.

The survey has called out against evergreening loans and has recommended that the RBI may levy penalties on such auditors. Evergreening a loan means covering a loan default by giving out new loans to help borrowers repay or pay interest on old loans.

The survey has also suggested that forbearance should only be used as an “emergency medicine” and should not become a “staple diet”. Forbearance refers to concessions given to those who have borrowed loans and are facing or about to face financial difficulties to repay them.

Here, forbearance refers to the first few months of the pandemic when banks were restructuring loans and gave concessions to its borrowers from EMI and principal payments. This was done to ease

The survey lauded India’s recovery path to coronavirus. It said, “By estimating the natural number of cases and deaths expected across countries based on their population, population density, demographics, tests conducted, and the health infrastructure, we compare these estimates with actual numbers to show that India restricted the Covid-19 spread by 37 lakh cases and saved more than 1 lakh lives.”

It is of the view that the “initial stringent lockdown” has aided us to save so many lives and also helped India to get a “V-shaped economic recovery.”

The economic survey recommends increasing public spending to 2.5-3% of the GDP from the current levels of 1% of GDP.

On the farm laws, the economic survey has observed a positive stance. It believes that the now-suspended laws can go a long way in assuring welfare for the farmers. It specifically mentioned that these laws will benefit small and marginal farmers which constitute around 85% of the total number of farmers.

GST collections have been above the Rs 1 lakh crore mark for the past three months. In fact, in December 2020, collections rose Rs 1.15 lakh crore which was an all-time high. In spite of the rising GST collections, India will see a fiscal slippage due to increased expenditure and lower revenues.

The survey has expressed its dissonance with “over-regulation” in the Indian economy. It has surgest to simplify regulation and increase supervision so that it leaves some room for decision-making by the stakeholders.

Inda’s imports have slowed down during the pandemic as a result of which trade balance had improved with a couple of countries, especially the U.S. and China.

India’s trade deficit widened to a 25-month high in December as imports expanded 7.56% last month. However, this expansion in imports was witnessed for the first time in 10 months.
Exports rose by a meagre 0.14% in December. The economic survey said that India may see a current account surplus after a gap of 17 years.

RBI maintained its accommodative stance throughout the year with a 115 basis points reduction in repo rates. The economic survey has said that the monetary transmission of lower policy rates to lending and deposit rates has improved this year.

Between 2020-21, consumer price index (CPI) averaged at around 6.6% between April to December 2020. From levels of 7% at the beginning of the year, CPI fell to 4.6% by December 2020. But the survey has said looking at combined inflation may not be the best way to look at price rise and it has argued in favour of core inflation as the prime parameter to drive policymaking.

While the survey has given multiple reasons to substantiate its argument, one of them was that changes in consumption patters is not reflecting in the current index.

The Economic Survey of India

Who prepares the Economic Survey?

The Economic Division of the Department of Economic Affairs prepares the Economic Survey of India. This is done under the guidance of the Chief Economic Advisor (currently, KV Subramanian). Senior officers from the Ministry of Finance also offer their inputs. Once these inputs are factored in, the report is checked by the Finance Secretary and approved by the Union Finance Minister.

Why is it presented one day before the Budget?

The Union Budget is unlike any other financial plan. While it lays out the details of the revenue and expenditure planned by the government, it shapes and reflects the state of the economy. It is like a plan of action for the coming year to keep the country’s economy healthy and growing. However, to create an efficient budget, the government needs details about the country’s economy, its performance over the last year, and any indications that need attention.

However, since this information is not easily available to all Members of the Parliament, understanding the budget proposals can be a challenge. Distributing the Economic Survey document a day before the Budget allows the government to offer context to the Budget.

While the Economic Survey was started in the year 1950-51, it used to be presented along with the Budget. However, since 1964, the government started the practice of presenting it a day before the Budget.

Why is the Economic Survey important? What does it contain?

The Economic Survey highlights the economic trends in the country and allows the government to allocate resources for optimum benefit. The Survey looks at the industrial production, employment, foreign exchange reserves, agricultural production, money supply, imports/exports, and other factors that have a bearing on the Budget. It offers a detailed account of the Indian economy over the past year. It also offers insights and highlights probable economic challenges that the country might have to face. The Economic Survey report has two volumes. Volume-I outlines the challenges faced by the country’s economy. On the other hand, Volume-II offers an overview of the last year’s economic activities, offers detail about the major schemes run by the government and its policies.

Should regular citizens read the Economic Survey? Does it have information that can help investors?

The Union Budget offers a plan for the entire economy. While some announcements like tax rates, investment-related changes, etc. can directly affect investors, there is a lot of information that can be used to make smart investment decisions in the coming year.

For example, let’s say that the government announces a higher budget (compared to last year) for building highways. While this information might not seem useful to an average investor, reading the Economic Survey might help analyze the reason behind the decision and identify potentially lucrative investment opportunities.

The Economic Survey report is a snapshot of India’s economy. As an investor, the state of the economy plays a huge role in the performance of the market. Therefore, understanding the economic situation is essential for every investor. The Economic Survey is the most authoritative report on the Indian economy offering insights and highlighting economic trends in the country. This insight can be particularly beneficial to investors.

Where can I download the Economic Survey? What are the charges?

You can download the Economic Survey from the website of the Ministry of Finance – www.finmin.nic.in. Alternatively, you can visit the website dedicated to the Union Budget – www.indiabudget.gov.in to download it too. The report is made available in PDF format, free of cost.

What is expected from the Economic Survey 2020-21?

2020 was a year riddled with the pandemic and associated lockdowns. With businesses shut and people being asked to stay inside their homes, the country’s economy took a sound beating. Currently, the economy is expected to contract by 7.7%. This is based on the First Advance estimate of the government. The survey will try to highlight the current economic state of India and might recommend measures to get India close to the desired $5 trillion dollar mark. Before the pandemic, India was expected to reach this mark by 2025. Many experts expect the budget to make announcements that are friendly to the growth of the country.

This year, the Chief Economic Advisor, Krishnamurthy Subramanian will be heading the team responsible for writing the first volume of the Economic Survey, 2020-21. Volume-I is usually idea-driven. We hope that this article helped you understand the Economic Survey in India.