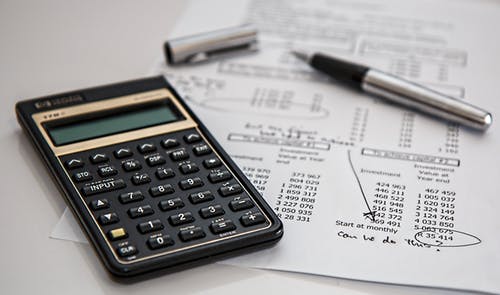 31st March 2019: a big day in the financial world, signaling the close of the previous financial year and the herald of the new FY.

Taxpayers are heaving a sigh of relief, having met the income tax deadline. Investors have complied with SEBI regulations to dematerialize share transfer and accountants have closed the books for Q4 18-19.

Suddenly, many events have culminated together to be completed before the end of a single day: 31 March 2019.

As we bid goodbye to FY 18-19 and usher in the new FY 19-20, let’s look at the new rules and regulations that kickstart from 1 April 2019 that would impact your budget.

Below is a ready reference (or rather a quick cheat sheet!) to effectively plan your personal finance in FY 2019-20.

Remember the cheering and thumping desks in the Parliament when this was announced by the NDA Government in the recent  2019 Budget?

Let’s consider two situations to understand the implication of this announcement.

Assume in the next FY 2019-20, an assessee has an income of up to Rs. 5 lakhs in the financial year. He/she is permitted to claim the entire tax payable as a 100% tax rebate.

Thus, without the need to invest in any eligible deductions under Ch VIA of the IT Act, one can get a full tax waiver.

Further, he/she makes an investment of Rs. 1.5 lakh under section 80C. Thus, his net taxable income comes down to Rs. 5 lakhs. His/her resultant tax liability would be Rs. 12,500 (5% of Rs. 2.5 lakh) excluding cess (income up to Rs. 2.5 lakh is exempt from tax as per the prevailing income tax slabs).

However, as his/her taxable income is up to Rs. 5 lakhs, he/she is eligible to claim a rebate of Rs. 12,500, and thus his/her net tax payable would be zero. The assessee is liable to file returns but the tax payable is zero.

Continuing with the same example, one can avail tax exemptions like benefits u/s 24 towards interest on a home loan, u/s 80D towards medical insurance, u/s 80CCD towards pension contribution and other provisions, making the tax-free income go up further.

It is estimated that an individual with an annual income of Rs 9 -9.5 lakh can escape income tax liability by taking advantage of the host of tax savings schemes under the IT Act. But how? Best to consult your CA!

Apart from this, one can also invest in ELSS schemes, through which he/she can claim an exemption of up to 1,50,000

One must note the difference between rebate and exemption. The exemption reduces the total taxable income, while rebate reduces tax outflow (e.g. rebate under Section 87 of the Income Tax Act 1961).

2. Increase in Standard Deduction for the Salaried Class

This will result in higher purchasing power in the hands of salaried individuals and pensioners. This can be availed as a deduction under the head income chargeable under salary.

3. No Tax on Notional Rent from Second House Property

Previously, an individual who owned multiple house properties could treat any one of them as ‘self-occupied’ with nil annual value.

The notional rent is the rent that would have been earned from the vacant house, had it not been rented out.

However, any new under-construction project commencing from April 1, 2019, would mandatorily require GST to be charged as per new rates.

There has also been a redefinition of affordable housing. Following is the new categorization:

There would be no TDS deducted in case interest income earned from bank FDs and post office deposits is up to Rs.40,000.

This would provide tax relief to the lower income groups. This is different from Section 80TTA, whereby, individuals can claim a deduction of up to Rs 10,000 on interest earned from a savings account with a bank or post office.

Embracing the digital India movement, SEBI has mandated that from 1st April 2019 onwards, transfer of shares of listed companies will be permitted only in the demat form.

The budget announced that one could reinvest the capital gains from the sale of one house property in two homes. The capital gains amount has a ceiling of upto Rs. 2 crores and can be exercised only once in a lifetime.

8. Interest Rates on Loans Linked to an External Benchmark

9. Mandatory Disclosure of LTCG on Equity in the IT Return

Long term capital gain (LTCG) in excess of Rs.1 lakh, on sale of equity shares and equity-oriented mutual funds, attract a tax of 10% (without indexation benefit).

Such transactions would have to be reported in the IT return and one is liable to pay tax on the LTCG.

Keep in mind the above new provisions that come into force from 1 April 2019, while planning your finances in the coming year. Be smart and don’t forget to avail the benefits announced in the Budget. Now that you know the rules, ignorance is not an excuse!