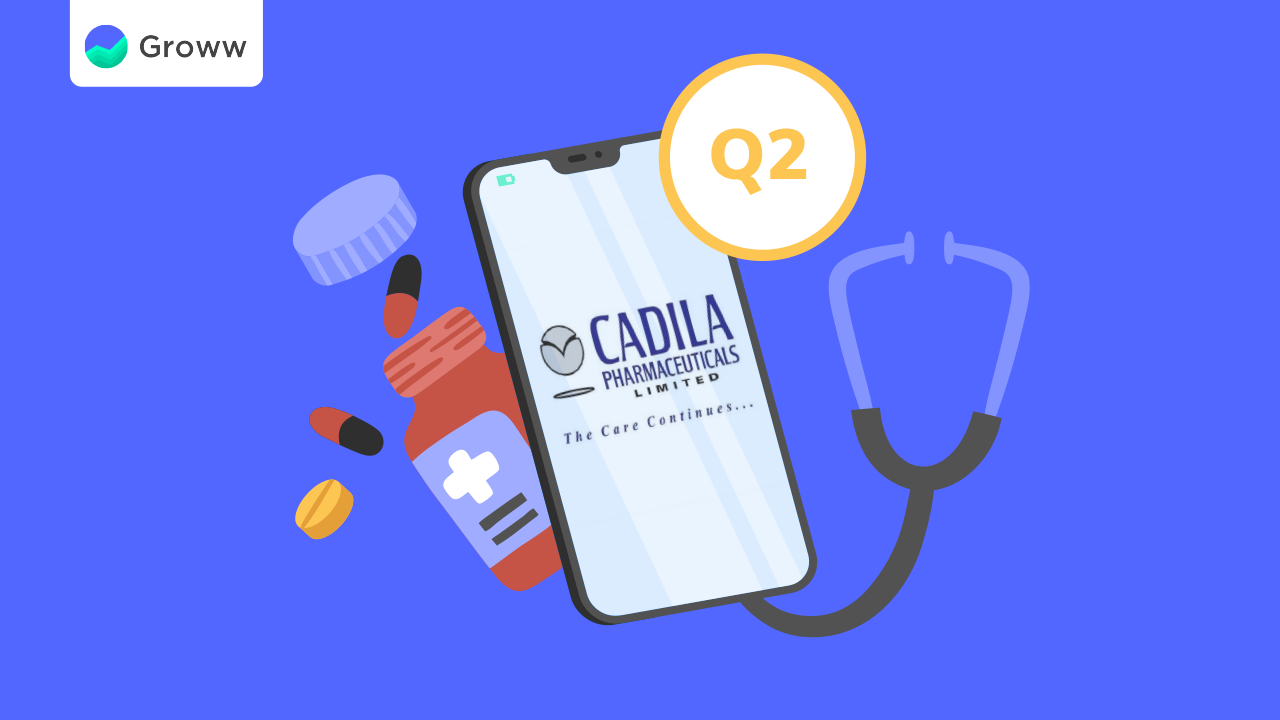 Cadila Healthcare published its results for the second quarter of the financial year 2021-22. The results were a mixed bag of highs and lows.

The consolidated profit after tax (PAT) for the company showed the most impressive jump as it increased nearly 6-fold to Rs.3002 crores in the July to September quarter (Q2 FY22) from Rs.473 crores in the same quarter last year. Even on a sequential basis, the consolidated PAT is a steep jump by 411% from the Rs.587 crores reported in the April to June quarter. This is however attributed to a one-time gain from the sale of its animal health established market undertaking.

Consolidated revenue from operations for Cadila increased 3% YoY but reduced 6% sequentially. The consolidated revenue from operations amounted to Rs.3785 crores in Q2 FY22 against the Rs.3659 crores reported in the September quarter of 2020. This jump was largely contributed by the strong growth of the company in the Indian market. However, Cadila has reported revenues at Rs.4025 crores in the last quarter (June 2021). This sequential fall was due to the de-growth in the US markets which offset the overall revenues.

The consolidated EBITDA also exhibits a similar trend as it jumped on a YoY basis but declined on a QoQ basis. The consolidated EBITDA for the July-September 2021 quarter was Rs.861 crores which is an increase by 6% compared to the EBITDA of Rs.814 crores reported in the July-September 2020 quarter. However, it is 8% decrease compared to the last quarter’s performance where EBITDA stood at Rs.933 crores for Cadila.

CAPEX after the second quarter stood at Rs.280 crores. The EPS of the company saw improvement from 5.51 in the last year’s quarter to 5.83 in the quarter under review.

After the results were posted, the shares of Cadila witnessed a surge on the National Stock Exchange. As of 1:45 pm, the shares were trading at Rs.508.15, a jump of 3.35% since the market opened. On 27th May 2021, Cadila had also declared a final dividend of Rs.3.5 per share.

The management highlighted the fact that excluding the institutional sale of COVID-related products, the business grew by 17% YoY due to a growth in volumes and also a growth in the sale of new products launched in the last few quarters. It emphasized the fact that the company gained market share in the areas of diabetes and cardiovascular therapy on a YoY basis. In future, as the pharmaceutical market recovers and the healthcare delivery infrastructure becomes normalized, the growth of the company would be driven by the focus on key brands identified by the company.

The company also said that it has made significant investments in the digital space to build digitized platforms for seamless virtual connections between doctors and patients. This would help in bettering prescriber engagement and patient centricity.

Cadila Healthcare in the news

Cadila Healthcare launched the Enoxaparin Sodium injection during the July-September 2021 quarter in the US markets. This is the first generic product launch by the company. The company also introduced 3 new products during the quarter taking the total tally of new products to 7 after the first half of FY2022. Out of the 3 new products added, 2 were under approval from the Brazilian Regulatory Authority ANVISA and 1 is under approval from the Australian Regulatory Authority.

The company’s new vaccine, ZyCov-D received EUA from DCGI. ZyCov-D is the first plasma DNA vaccine for humans approved globally. The vaccine got approval for adults and adolescents aged between 12 and 18 years becoming the first-ever vaccine for this age group. The vaccine has been developed for Alpha, Beta, Kappa, Delta, Delta Plus, and Lambda variants of COVID.