Home » Blog » Learn » Bull Phase or Bear Phase: When Should You Start an SIP?

Bull Phase or Bear Phase: When Should You Start an SIP? 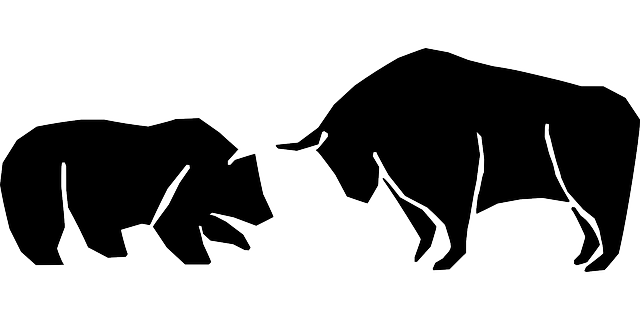 The recent rally in the last few weeks in the market has been welcomed by the investors. This has been so because the rally was in the backdrop wherein the markets were despondent and investors were at tenterhooks.

Many macro factors were against India lately. But the scenario has changed to the better with factors such as oil prices, benign food prices arresting inflation, dust settling in terms of geopolitical tensions etc.

Though the last few weeks have been good with FIIs being net buyers in Indian equities, you should not forget what lies ahead.

Yes, we are referring to the General Elections of 2019 to be held in the coming month. Investors are confused about the strategy to be adopted during these times. Whether should we wait putting our hard earned money or given the changing scenario should we employ the cash in the markets.

Most SIP investors at these crucial times are at a dilemma whether or not to continue with their investments. It is in this backdrop, today we will discuss as to why SIP should be a strategy that should be continued irrespective of the course of the markets.

Investors thinking of starting an SIP (Systematic Investment Plan) now would probably consider holding back. This is because of the volatility that is expected due to the coming general elections.

The stage has been set for many opposition parties that may join hands to try and dethrone the current government.

Another reason which is making investors hold back is the valuation for some companies still seem to be far stretched. We all know that a market peak is never a good time to invest our lump sum money. But procrastinating of starting an SIP will always be a missed opportunity.

What if you invest in the market now and it starts going up?

In this case, you would have made the investment at a point when the market was going through a low phase.

Meaning, going forward, you can expect your investment to do well. The best scenario for you here is to jump on the opportunity at hand and take advantage of the same.

If you were to go by the current scenario, most of the times there have been pre-election rallies in the markets. Given the robust macro factors at place for India, whichever party comes to power, the country is poised to do well in the coming years.

Therefore, the best principle to follow is ‘Buy Right and Sit Tight’.

The second factor to play out is that of market correction which sure is playing in the minds of the investors. Though some major macro headwinds have subsided, the biggest of the lot is who will come to power?

What if I make an investment, only to see it crash in the next few months? Is that the question which has been bothering you as well?

Suppose the market falls after the elections, the first two or three of your investment or SIP outflow will be at a loss, as these will be bought when the markets are at peak.

But hey, what will happen to the subsequent SIPs? The answer is simple, they will be bought at the level the markets are correcting.

In this case, the number of units allotted will be more, thereby, taking advantage of the correction. Here, you play on the primary principle of SIPs which is rupee-cost averaging.

Lets take an example from the market crash of 2008 to understand it better.

Suppose you created an SIP investment in a diversified equity fund in December 2007, just a month before the market fell.

But had you continued your SIP, you would have recovered this amount in the coming couple of years and see your fund grow exponentially in subsequent years.

This is exactly how SIPs work in favour of investors when the markets crash right after they begin investing.

Is There an End to Contemplation?

Let me tell you this, there is no end to contemplation.

One can never predict the course of the market in the near future. Even ace investors have said that the market is unpredictable and therefore, there is no ‘best time’ to start an SIP.

Nobody can sure whether the current high will lead to more highs or the market will turn southwards.

Given all the scenarios that we have discussed, I suppose that it is in our best interest to continue or start with SIPs irrespective of whether the markets are in a bull or bear phase.

While choosing a fund you should look into various key parameters, you must have a long term vision in mind and make sure to stick to it during rough times as well.