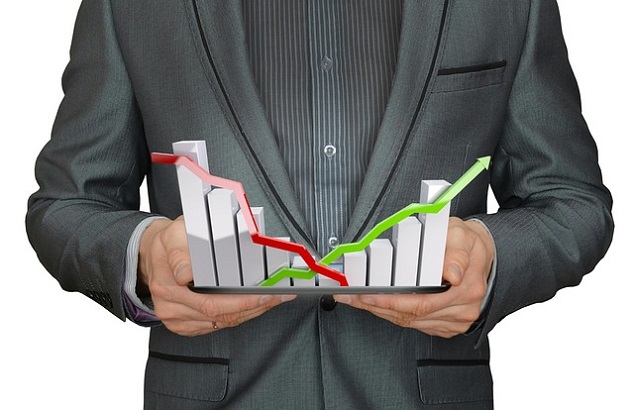 The Indian Stock markets saw a sharp dip post the budget announcements made by Mrs Nirmala Sitharaman. But what could be the reasons behind this ? What does this market movement mean for you as an investor? I aim to cover such questions and more in this article. Read on.

While many have lauded the budget proposals put forth by Modi 2.0 goverment, the stock markets don’t seem so happy.

Stock investors lost close to Rs. 3.2 lakh crore after the Sensex dropped 793 points. It is the sharpest fall in Sensex since October 2018.

Further, the India VIX index, which is looked upon as a barometer of near-term volatility, gained over 6% on 8th July 2019.

There are five main reasons that possibly drew this adverse reaction from the Indian stock markets.

1.Increase In Surcharge On Income-Tax

This increase in surcharge has not gone down well, as it will increase the effective tax rates of higher-income groups.

This means if FPIs accumulate income of over Rs. 2 crores entirely from listed equities in India, they will now attract 25% surcharge over their capital gains tax, short or long.

While one would continue to pay 10% LTCG tax (Long Term Capital Gain Tax) on income over Rs. 1 lakh on listed shares, if the capital gains along with the other income heads exceed Rs 2 crore, then one has to pay the higher surcharge,

So the market crash was primarily on account of concerns over future fund flow into the secondary market due to the hike in surcharge on the income of high-income individuals.

2.No Aid To Lift Consumer Spending

Pre-budget expectations were high to lift consumer spending out of its rut through short-term stimulus measures.

But no such measures have been announced in the budget.

The expected increase in the basic income tax exemption slab from Rs. 2.5 lakhs to Rs. 3 lakhs hasn’t come about. Instead, there has been a sharp increase in income tax rates for the super-rich, which may have implications for spending on premium products and services.

Requisitions made by industry lobbies for indirect tax concessions on a range of consumer goods including passenger vehicles have been ignored in the budget speech.

In fact, by hiking import duty on a range of imported electronic and electrical goods, the budget 2019 has perhaps made some big-ticket consumption items costlier for the consumer.

Minimum public shareholding in listed companies is proposed to be increased from 25% to 35% after discussions with SEBI.

This proposal threatens to unleash a fresh supply of shares into the equity markets, by way of follow-on public offers by companies who feature higher promoter holdings.

Around a quarter of the 4,700 companies listed on Indian stock exchanges is having promoter shareholding above 65%. This means that promoters will have to sell shares worth Rs. 3.9 lakh crore to meet these norms.

While this will improve market depth in the long run, in the short run the supply overhang promises to depress stock valuations for companies that aren’t in fancied sectors.

Plans to dilute the government’s holdings in public sector firms below 51%, at a time when these firms aren’t particularly popular with market participants, will also add to this supply deluge.

The proposal restricting the corporate tax rate cut only to companies with a turnover of up to Rs. 400 crore is perhaps a disappointment announcement to the markets too.

Among NSE-listed companies, about two-thirds of these companies will not be eligible for the benefit as they clock consolidated sales of over Rs. 400 crores.

There could also be certain economic changes around the globe, that may have a role to play in the market crash. A few of them are listed below:-

Why Investors Shouldn’t Be Bothered?

While the immediate stock market reaction to the union budget proposals has been negative, investors need not worry as none of these proposals materially dent the long-term profit prospects of listed firms.

On the contrary, the promised splurge on infrastructure building both in rural and urban India, the liquidity package for HFCs, the re-capitalization and promise to dilute Government stakes in public sector banks are definitely long-term positives for equity markets in the long run.

So, is the increased headroom for FPIs to participate in domestic equities and bonds.

The bond markets, in contrast to the stock markets, seemed quite pleased with the Centre’s decision to rely on offshore borrowings to fund its sizeable deficit, with the 10-year government bond yield falling below 6.7% after the speech.

This will free up headroom for domestic firms to access the bond markets and temper the costs at which they borrow.

It is also best not read too much into the financial market’s immediate reactions to the Budget speech, as the aggregate impact of the Budget will be clear only after the fine-print in the accompanying documents has been thoroughly dissected.

Some investors say that making predictions of the stock market is not science but an art.

As India gears up to become USD 5 trillion economy, the growth in the stock market is a sure shot.

However, regardless of whether prophets take an analytical approach or use intuition, markets are very difficult to predict, else there will be many more millionaires in the world.