Budget 2019 Expectations : What’s In Store For The Common Man 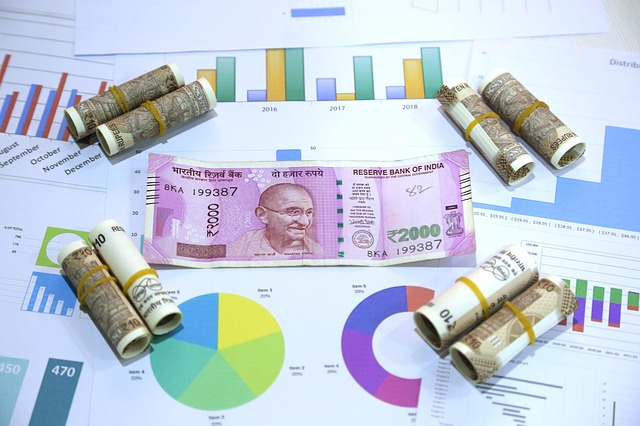 The entire country is eagerly awaiting the NDA Budget 2019, which would be announced on 5th July, and understandably so. For this will be the first budget that will be presented by the Modi 2.0 government after it came into power by winning the second consecutive general election.

The expected reforms can have a significant impact on the general public and corporates alike, as well as on integral sectors of the economy

With this article, I would like to highlight some of the prominent budget expectations from the re-elected government in general and new Finance Minister Nirmala Sitharaman in particular.

The budget plays a critical role in giving direction to the economy of the country as well as setting the tone for the GDP of the country. It is important that the budget is prepared with due planning and care, in order to promote jobs, infrastructure growth and give a boost to the Indian economy.

Certain recent economic events have been a spirit dampener for Indians. For instance, in May 2019, unemployment in the country touched a 45-year high. To add to these woes, India lost the tag of the world’s fastest-growing major economy to China.

Budget announcements related to fixing the widespread epidemic of unemployment as well as the economic progression of India is what the general public most keen to know.

Economic experts, on the other hand, would be scrutinizing an important metric that has a huge impact on our economy; Fiscal Deficit. The way budget expenditure is allocated will play a major role in containing the fiscal deficit of the country. Only time will tell whether the target fiscal deficit of 3.4% will actually be achieved or not.

Moreover, in presenting the budget 2019, the new Finance Minister Mrs. Nirmala Sitharaman has big shoes to fill, especially since her selection as the Finance Minister came as a surprise to the financial world. Also, the former Finance Minister, Mr. Arun Jaitley surely made his mark in the last tenure.

Therefore, this budget will be critically evaluated. The public shall also be keenly waiting to see if the promises made by the Modi 2.0 government are actually delivered.

Here are some of the key expectations, the country has from the Budget and the impact of these reforms on the Indian population if these expectations are met:-

This range of income is currently taxed at a rate of 5%. Therefore, an increase in the exemption to the tune of INR 50,000 shall correspond to a saving of INR 2,500 for individual taxpayers.

It must be kept in mind that in the interim budget announced by Arun Jaitley, a full tax rebate up to the total income of INR 500,000 was introduced under section 87A.

2.Increase In The Deduction Limit Under Chapter VIA (Section 80C)

Section 80D deals with deduction related to medical expenditure/ healthcare. At present, the limit of deduction under Section 80D is restricted to INR 25,000.

To cope up with the rising medical expenditures along with an increase in inflation, it is expected that the Finance Ministry could increase the maximum deduction eligible under this section to INR 35,000. The rationale is to make medical treatment more affordable and accessible to people.

There could be an increase in the threshold limit of LTCG on sale of listed equity shares and units of equity-oriented mutual funds. At present, the threshold for above- mentioned Long- term Capital Gains is INR 100,000.

On a different note, many fund managers opine that the long-term capital gains on the sale of listed equity shares and units of equity-oriented mutual funds should be removed. Let’s see what some of them have to say on this :-

Harsha Upadhyaya, CIO (Equity) of Kotak Mutual Fund opines that “For macro-economic stability of a nation, it is always desirable to promote domestic savings driven investment-led growth model. In line with this, we expect the government to focus on reviving the household savings rate, especially through financial assets in the country. Traditionally, due to various incentives or even otherwise, most Indians have invested in physical assets. To encourage more investments in mutual funds, Section 54EC benefit should be extended to cover mutual fund investments too, with suitable lock-in provisions. In our opinion, this will enhance flows into mutual funds, thus channelizing retail investments into long term productive capital.

We shall have to wait for 5th July 2019 to see if their concerns are heard or not.

4. Return Of The Tax- Free Bonds

The tax- free bonds, as the name suggests, are those bonds whose interest income is not taxable. These bonds are usually long-term in nature, with a maturity period of approximately 10 years or more.

Upon a simple analysis, it can be observed that this move shall greatly benefit the National Highway Authority of India (NHAI), in raising capital for huge infrastructure projects.

Inheritance tax is a tax on all properties, jewelry, shares, FD, cash and bank balance inherited by the assessee. This tax, if reintroduced, would make its comeback after nearly 35 years.

Inheritance tax can also be called as estate duty, it is similar to wealth tax. However, the imposition of such a tax could be subject to a lot of opposition and criticism.

At present, Section 24B of the Income Tax Act, 1961 provides a maximum deduction of INR 200,000 on pre-construction interest or interest on housing loan.

However, the real estate sector has bared the brunt of the demand slowdown. To boost the recovery in the demand, the government could increase the maximum deduction available for home loans.

The rationale could be to incentivize buying new homes (real estate) and thereby boosting demand in this sector.

National Pension Scheme (NPS) is a voluntary retirement scheme, promoted by the government of India, to inculcate the habit of savings and to promote the creation of a retirement corpus.

This would make exit (withdrawal) from NPS completely tax- free.

This could benefit salaried individuals living in non-metro cities such as Pune, Gurgaon, Hyderabad, Bangalore among others.

In case these cities are categorized as metro cities, the salaried employees living here stand to gain from higher HRA deduction.

NBFCs have recently borne the brunt of a liquidity crisis in the market. ASSOCHAM, which is the apex body, recommends measures to address this crisis.

NBFCs have been seeking relaxation in securitization norms. The aim is to ease the liquidity crisis.

10. Focus On The Agricultural Sector

It is widely known that one major goal of the Modi government was to double the Indian farmer’s income by 2022. In considering the present situation and development thus far, it is doable only if the massive investment is made in the agricultural sector. The focus should be to improve and upgrade the existing rural agricultural infrastructure including irrigation, supply chain and cold storage among others.

The agricultural industry is expecting that the budget 2019 shall provide a major boost to this sector.

Although we can only speculate what the reforms would be as of now, I hope the budget announcements to be made tomorrow bring good news for all economic sectors in India and help the Indian economy grow and thrive.

Disclaimer: The views expressed here are those of the author and not of Groww.