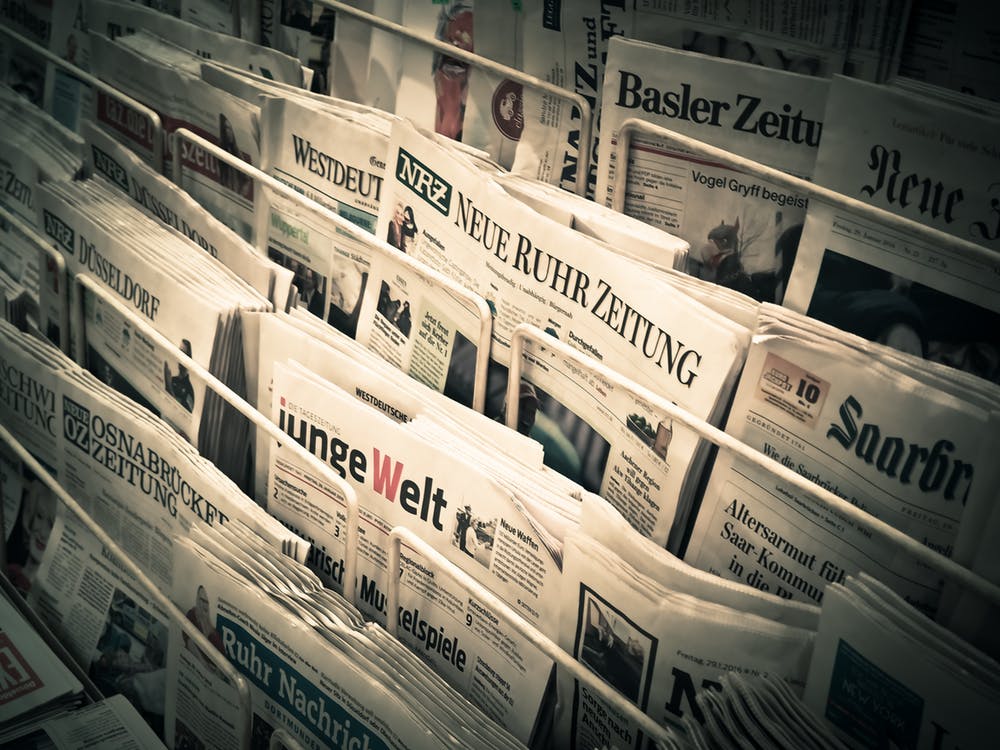 Markets continued its downward run for the sixth straight session with the benchmark BSE Sensex falling by over 1,200 points in the early trading hours on Tuesday (6th Jan 2018). However, the Sensex in a volatile trade saw some recovery in the late hours to close 561 points lower at 34,195 while NSE Nifty closed at 10,498 with a fall of 168 points.

Sensex Nifty fell on the Union Budget Day owing to a lot of negative or at least not-so-positive cues that include re-introduction of 10% tax on the long-term capital gains (LTCG).

Besides this, there was no positive sentiment for the corporate sector, while government expressed a lot of dedication to the agrarian sector in the Budget Speech.

The BSE Sensex rose initially beyond the 36,100-level, while the NSE Nifty rose past the 11,050-level, before paring some of the gains. The caution proceeded from the irregular focus on the rural economy.

Arun Jaitley said that focus is being given to generating higher revenue for farmers. “The government wants to assist farmers to produce more and realize better prices. We are firmly on the road to attaining 8% growth. The Budget will concentrate on improving the agricultural and rural economy,” Jaitley said.

Sensex shares are believed to be over-priced since the price/earnings (P/E) ratio is at 25.42.

This move by the Finance Minister amazed the Dalal Street as they were factoring in a change of the period of ‘Long Term’ from 2 to 3 years. The investors were taken aback by this announcement in the budget. The market responded to this announcement with fall in Sensex by 330 points.

Arun Jaitley also informed the people in the house that the total capital gains that were exempted from listed shares and units was around Rs 3,67,000 crores as per returns filed for the assessment year 2017-2018.

He also informed that the major part of the gains made goes to the corporate companies and LLP thus creating a bias against other businesses including manufacturing. So, there arises a chance to make a moderate change in the present tax regime, he said.

It is believed this step will assist the FM Arun Jaitley raise more tax in Budget 2018.

The benefit of indexation had not been provided to investors for taxing LTCG taxing LTCG at 10%.

This also has a bad impact on an investor’s sentiment. The Securities Transaction Tax (STT) continues to be applicable along with 10% tax.

Benchmark indices saw the steepest single-day fall in more than a year on 2nd Feb 2018 as stringent tax rules for stock investments and the easing of fiscal deficit targets discouraged investors.

The selling in developed bond markets, mainly in the US highlighted the nervousness of investing in equities as investors kept a cautious eye on solid oil prices, considered one of the biggest risks to the Indian economy.

The broader market saw a deeper selloff as domestic investors started to dump mid- and small caps, the best performers in the capital market since September 2013. The BSE Midcap index dropped by 4% to 16,574.70, the most since August 2015.

Industry experts said the future direction will be regulated by global volatility. Bond markets in the US and Europe have come under stress in 2018 between worries that central banks will start unrolling their monetary stimulus at a faster speed because of economic betterment.

The 10-year US Treasury yield has got up to the highest since April 2014. Concerns about increasing bond yields in the US affected sentiment in Asia and Europe.

Overnight, Dow Jones came down by 1,100 points, its biggest drop since six-and-half years after US wage data on Friday directed to rising inflation which may lead to higher rates by the US Federal Reserve.

Indian markets are already under stress after the government presented the budget that concentrated on populist measures ahead of general elections in 2019 and imposed a long-term capital gains tax on equities and equity-oriented instruments.

Among sectoral indices, BSE Realty was the biggest loser which fell down 4.1%, followed by BSE Bankex and Metal indices, which lost 3.1% each.

All the 30 Sensex stocks were trading at a loss. Tata Motors Ltd fell down nearly 10% after it reported lower-than-expected earnings due to poor performance by Jaguar Land Rover (JLR).

Shares have fallen across Asia after a wild day for US markets that resulted in the biggest fall in the Dow Jones industrial average since 2011.

Two days of steep losses removed the US market’s profits from the beginning of this year, ending a spate of record-setting calm for stocks.

Market sentiment was impacted following heavy losses in other Asian markets which was because of a record-fall on Wall Street after investor troubles peaked over increasing US borrowing costs, brokers said. Asian shares dropped sharply after Wall Street suffered its biggest decline since 2011 as investors’ faith in factors pinning down a bull run in markets began to break.
“Since last autumn, investors were betting heavily on the Goldilocks economy – solid economic expansion, improving profits of the corporate companies and stable inflation.

In domestic markets, adding to the anxiety before RBI monetary policy meeting which began on Tuesday, the rupee came down by 29 paise to 64.36 against the dollar too lowered the sentiment.

Investors also turned careful ahead of the RBI policy meet this week as they feel that repo rate might be raised in between inflation concerns.

“Selling continued in the market as concern over bond yield and not so strong global market impacted the sentiment. Upcoming RBI monetary policy will be a key element for the market, the outcome of which is expected to be status quo, but any comment over government’s fiscal policy and worry over increasing yield will add volatility” Vinod Nair, Head of Research, Geojit Financial Services Ltd, said.

Investors lost Rs 9.6 lakh crore in three days, with the stock-market retreat extending over Budget proposals to tax equities along with a global sell-off.

Talking on the markets poor show, Finance and Revenue Secretary said that he will discuss the problem of fall in local markets with Arun Jaitley. Adhia added that the local markets are copying global weakness, “but the government will look into what it can do”.

Disclaimer: views expressed here are those of the author and not of Groww.