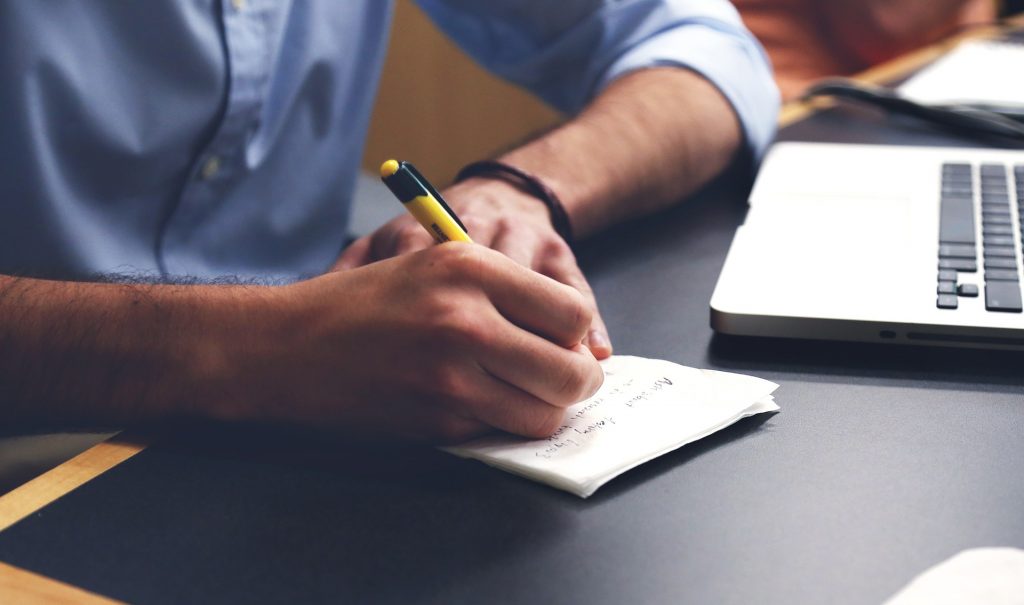 Finance Minister presented Union Budget for the fourth time in Lok Sabha. The main focus this time was on Agriculture and Health Care. As promised by the PM, in initial years, to increase the income of farmers by 2 times by 2022, this budget has got great news for farmers and other agriculture sectors. Health care is second on the list to get priority.

Here are the expected impacts of the budget on various sectors.

The rural sector has benefited the maximum in this budget with the allocation of Rs. 2000 crore fund for development of the agricultural market.

The Finance Minister has committed that he wants farmers to earn more with the same land and same cost and this year’s focus will be more on the rural economy.

MSP(Minimum support price) is set at 1.5 times of the expenses of farmers

Supporting women SHGs(Self Help Groups) to take up organic farming, thus helping farmers increase their source of income. Loans to self-help groups will increase to ₹75,000 crore. He has allocated ₹5,750 crore to National Livelihood Mission and ₹2,600 crore to the groundwater irrigation scheme. These are considered to be major boosts to the agricultural economy.

Operation Green will be launched for agriculture and the Minister has allocated ₹500 crore for this.( Operation Greens aims to promote farmer producers organizations, agri-logistics, processing facilities and professional management. The operation aims to aid farmers and help control and limit the erratic fluctuations in the prices of onions, potatoes and tomatoes.)

The cluster-model approach will be adopted for agricultural production.

He also allocated  ₹1,290 crore for development of the bamboo production sector. This was in recognition to liberalize exports in the agricultural sector and realizing the potential of agricultural export to be $100 billion instead of current $30 billion.

He proposed to extend the facility of Kisan Credit Cards to fisheries and animal husbandry farmers to help them meet their working capital needs.

The finance minister has allocated Rs. 200 crore for the cultivation of highly specialized medicinal and aromatic plants, large number of small and cottage industries that manufacture perfumes, essential oils, and other associated products.

The government has been steadily increasing the volume of institutional credit for agriculture sector from year-to-year from ₹8.5 lakh crore in 2014-15 to ₹10 lakh crore in 2017-18 and this year again he has proposed to raise this to ₹11 lakh crore for the year 2018-19.

Capital Expenditure of Rs. 1,48,528 crore has been allocated this year to Railways

Redevelopment of 600 major railway stations has been taken up

It’s declared that all major railway stations having footfall greater than 25000 will have escalators.

Apart from this free Wi-Fi, CCTV and other state-of-art amenities will be provided to commuters.

An approximate figure of 50 lakh crore is needed to create world-class infrastructure in the country. The most important initiative of Modi government’s smart cities program is undertaken enthusiastically by allocating 2.09 lakh crore and selecting 99 cities under this program.

UDAN shall connect 56 unserved airports and 31 unserved helipads in the country. The government is planning to expand existing airport capacity to handle more than one billion trips a year.

Ten prominent sites will be developed into iconic sites to boost tourism.

Apart from this, the initiative of AMRUT program has been undertaken to provide water to all the 500 cities in the country and for this Rs. 77,640 crore of budget has been approved

Water supply contracts for 494 projects, worth ₹19,428 crore, and sewerage work contract for 272 projects, costing ₹12,429 crore, has been awarded.

A sum of  ₹60 crore has been allocated for disaster resilient infrastructure.

a SUM OF ₹10,000 crore has been allocated for creation and augmentation of telecom infrastructure.

The Commerce Ministry is developing a national logistics portal as a single window programme to boost the logistics sector.

Niti Aayog will establish a programme to direct initiatives to develop artificial intelligence initiatives. Phase 1 of Bharat Net programme has been completed

No changes were introduced in personal income tax rates.

A major portion of the personal income tax collection comes from the salaried class. Returns numbering 1.89 crore were filed last year, and ₹1.44 lakh crore was paid as taxes.

He proposes a standard deduction of ₹40,000 in lieu of the current exemption for medical and transport allowances. Revenue cost of this is ₹8,000 crore.

Exemption of interest income for deposits in banks and post offices will be increased from ₹10,000 to ₹50,000 for senior citizens, and TDS shall not be deducted from this income.

All senior citizens will now be able to claim benefit of a deduction of ₹50,000 for the medical insurance premium.

For critical illnesses,₹1,00,000 deduction will be given for medical expenditure.

Mr. Jaitley proposes 100 percent deduction to farmer-producer companies having a ₹100 crore turnover. Corporate tax will be reduced to 25 percent for companies that have a turnover of up to ₹250 crore.

Estimates of revenue foregone due to this measure is ₹7,000 crore.

Long-term capital gains tax of 10 percent is proposed for gains exceeding ₹1 lakh. Health and Education Cess will be increased to 4 percent

Customs duty on raw cashew will be reduced from 5 per cent to 2.5 per cent.

The Education Cess and the Secondary and Higher Education Cess on imported goods will be abolished. Instead a Social Welfare Surcharge of 10% will be introduced.

For health and well being, Finance Minister has allocated Rs. 1200 crore for the flagship programme of the National Health Policy 2017. This programme is launched to cover 10 crore poor and vulnerable families. This amount will also cover 1.5 lakh health and wellness centres which will provide essential drugs and diagnostics services.

The government is aiming to provide them with upto ₹5 lakh per family per year in secondary and tertiary care institutions. The FM claims that this scheme will cover 50 crore beneficiaries.

The government will also provide ₹600 crore for nutritional support to all TB patients, considering this to be the most harmful disease prevalent in the country.

A very remarkable initiative by government in the field of medicine education is by promising to open 24 new medical colleges by upgrading district hospitals in the country, to allocate at least one medical college for three parliamentary constituencies.

Allocation on National Social Assistance Programme this year has been kept at ₹9,975 crore.

By the year 2022, every block with more than 50 % ST population and at least 20,000 tribal persons, will have an Ekalavya Model Residential School. Ekalavya schools will be on par with Navodaya Vidyalayas and will have special facilities for preserving local art and culture besides providing training in sports and skill development.

He also announced the Prime Minister’s fellowship programme to subsidise research. Under this 1,000 B.Tech students will be identified every year and provided facilities to pursue PhDs in IITs and IISc.

6 crore toilets have been built already, and in the next year, two crore additional toilets will be constructed.

The Jivan Bima Yojana has benefited 5.22 crore families. 187 projects have been sanctioned under Namami Gange. All 4,465 Ganga gram villages have been declared open-defecation free. The government has identified 115 aspirational districts and will invest in social services.

Considering the lower sections of the society, The government has earmarked allocation of ₹56,619 crore for SCs and ₹39,135 crore for STs in 2018-19.

According to Finance Minister, India has taken measures to develop 2 defense industrial production corridors in the country.

To carry out business reforms for ease of doing business deeper and in every State, the Centre has identified 372 specific business reform actions. The capital of the Food Corporation of India will be restructured.

Disinvestment target for this year is set at ₹80,000 crore. The government will recapitalize the public sector banks to help them lend an additional ₹5 lakh crore.

United India Insurance, Oriental Insurance and National Insurance will be merged and then listed.  Gold monetization scheme will be revamped to allow people to open hassle-free gold deposit accounts.

Outward Direct Investment (ODI) from India has grown to US$15 billion per annum.

Highlights Apart from the Above Mentioned Sector

As we see from the above proposed budget, some sectors have greatly benefited from it suppose you consider social welfare, agriculture or health care but other sectors such as middle class people have been hit due to no change in income tax slab rate.

Not only this but also, introduction of tax rate of 10% on gains from equity has affected the sentiments of the investors too. The post effects of this are seen when SENSEX fell by 840 points and all the stocks related to these mutual funds are being sold, that is the market is bearish(Black Friday 2nd Feb, 2018).

We cannot ignore that  Arun Jaitley has brought in largest healthcare program in the world by providing so many facilities and allocating budget of approximately ₹1900 crore  to it.

Apart from all these reforms, bigger push on digital India reforms is commendable with approximately 5 lakh free Wi-Fi hotspots at a cost of ₹10,000 crores is appreciated if Modi government wants to cover everybody in e-governance umbrella.

So, on and all someone profits other loses from this year’s budget, but the government has maintained its focus on keeping up its promises to agriculture and health care sectors and  covering a larger part of India to make it pay taxes.

Disclaimer: the views expressed here are of the author and do not reflec those of Groww.