Did all you keen financial analysts notice that the markets dipped from February 2018 till March 2018 and recovered again in June 2018?

Well, we have performed a small analysis to check how mutual funds from various categories have been affected during this time period.

The Indian stock market crash of February 2018 could be anticipated because Sensex was trading at an all-time high of 35,000+ levels and Nifty was trading at a level of 10,800+.

Since February 2017 Sensex and Nifty had only been bull.

The markets have continued the downtrend and they are presently trading marginally below the dotted line.

Sectoral indices are trading on a mixed note, with stocks in the pharma sector leading the losses.

How Did the Stock Market Crash of 2018 Affect Investors?

Investors’ lost over Rs.4 lakh crores in market capitalization on  BSE, for the period starting from February 1 to February 12th.

Bulls managed to recoup some losses, but the word of caution still lingers.

Although most large-cap stocks remained relatively stable, quality midcaps failed to stand still and witnessed deep cuts in a matter of days.

Of course, the crash was not like the 2008 stock market crash, but it was enough to scare the seasoned investors.

For this study, we have chosen  the best performing mutual funds in each category

In the 1st category of Small-Cap Funds, we have chosen:

In the 3rd category of Mid-Cap Funds, we have chosen:

In the 4th category of Debt Funds, we chosen:

The Variation of NAV During this time period is shown below: 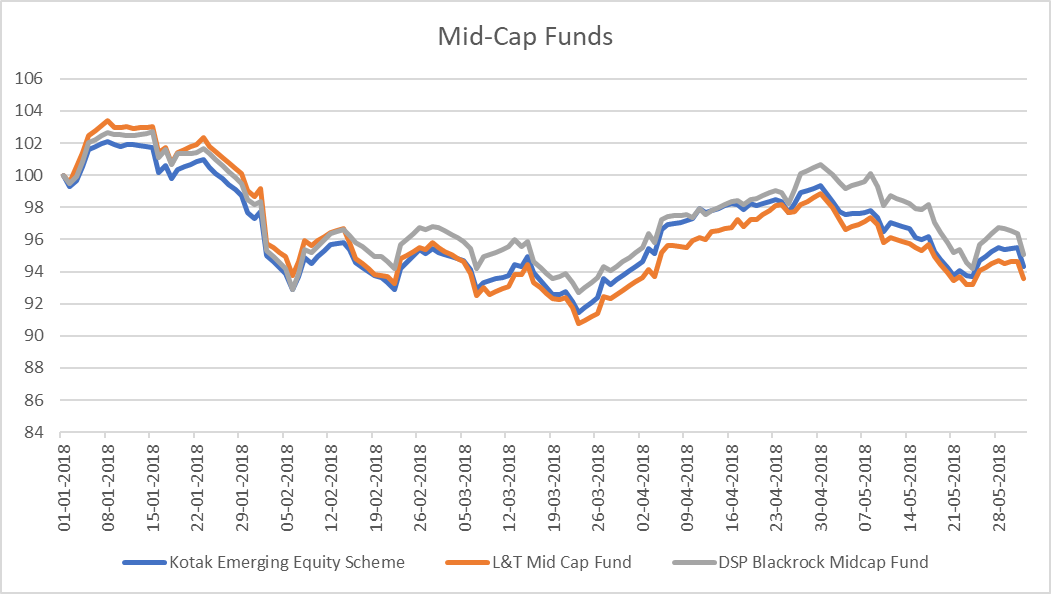 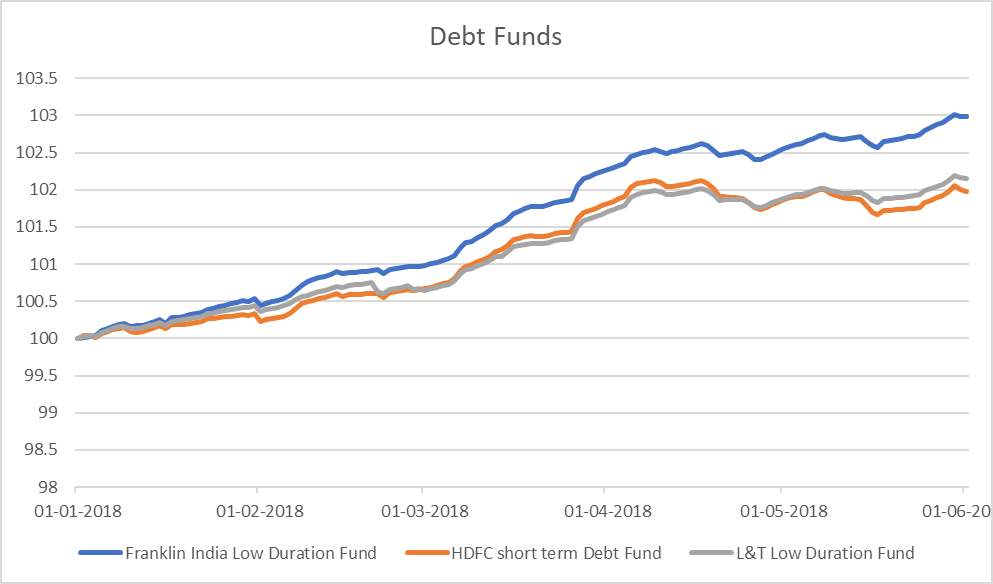 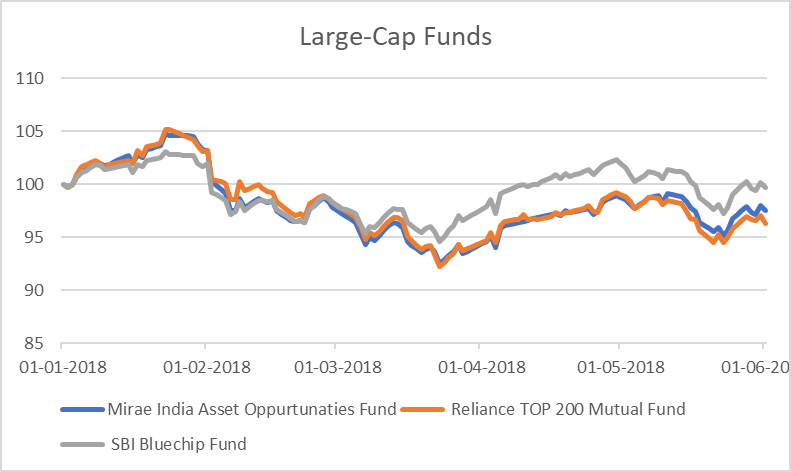 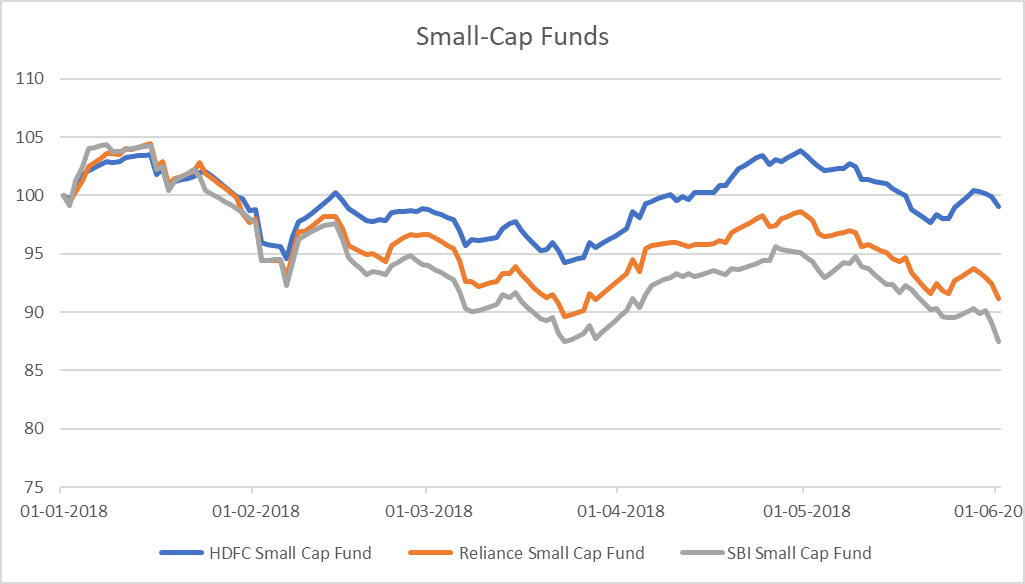 From the above graphs and a few simple calculations, we observe that the return on the initial investment of Rupees 15,00,000 varies between the various categories.

In the Case of Small-Cap Funds, the Net Return is Shown Below:

In Case of  Mid-Cap Fund, the Net Return is Shown Below:

In Case of  Large-Cap Fund, the Net Return is Shown Below:

In Case of  Debt Fund, the Net Return is Shown Below:

From the analysis, we can say that only Debt Funds do not make a loss during this period.

If you had invested in any of these categories, you would have seen a drop during these months. But presently, the market seems to be recovering and this is obviously a good sign.

This analysis also tells us that debt funds are less riskier than small, mid or large cap funds and debt funds can survive the market bubble burst better.

Keep these pointers in mind while investing.