Home » Blog » Crypto » Bitcoin: Rise, Fall, and the Future Ahead

Bitcoin: Rise, Fall, and the Future Ahead 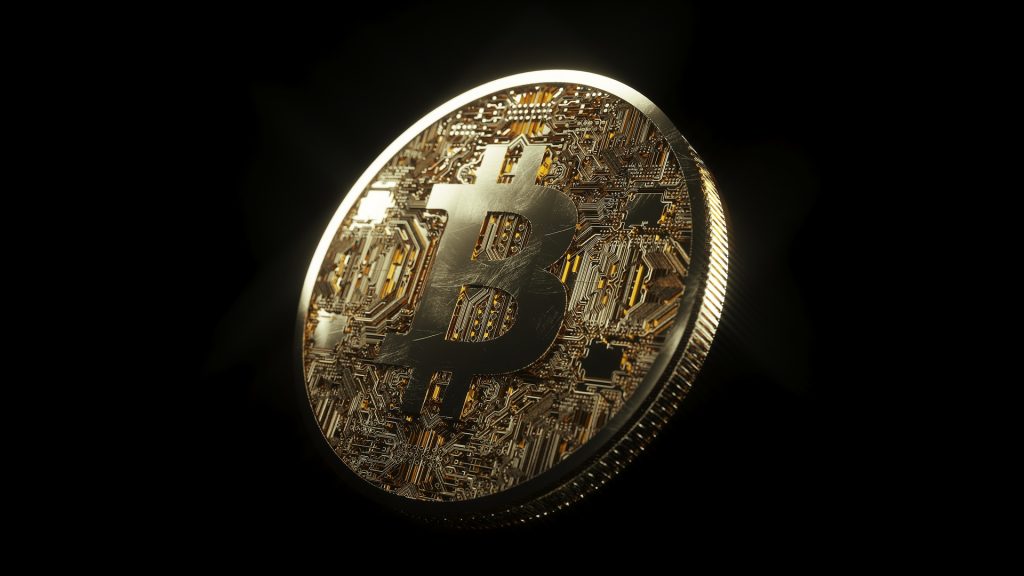 On December 18, 2017, Bitcoin was trading at its peak at $18,674. Fast forward to February 6, 2018, in a time span of less than 2 months, Bitcoin has experienced major correction trading at a low of $6,350. Putting this correction in percentage terms, the value of a Bitcoin has dipped approximately 66% or roughly 2/3rd of its value.

The story of Bitcoin’s rise and fall has been fast and a nail-biting one at that. In the month of November – December, the value of bitcoin had witnessed an exponential increase of almost a 100%.

Bitcoin is a digital virtual coin that has value. It can be exchanged among two parties directly, over the internet, without the need for a middleman. It has also been referred to as the ‘cash for the Internet’.

Bitcoin is not controlled, owned or even backed by a central entity such as a government or a central bank, like the Federal Reserve.

It is easy to operate and can be sent quickly and securely from any point in the world to another, thereby eliminating geographical distance, making the world one common platform.

Due to the decentralized nature, the value of a Bitcoin is determined by the demand and supply i.e. market forces, without any outside manipulation from any central body.

Bitcoins are mathematical algorithms that represent monetary units. At present about 11 million Bitcoins in existence. Bitcoins are not unlimited, meaning in all approximately only 21 million could ever come into existence.

How is Bitcoin Created?

Bitcoin can be created through a process called mining. One can compare this to gold mining, but unlike actual mining, mining makes the use of processing power of the computer to create (mine) new Bitcoins.

What Affects the Price of Bitcoin?

The value of a Bitcoin in open market is determined by the market forces of demand and supply. World events, macroeconomic factors also have a direct bearing on the price of the Bitcoin.

Example, US Presidential election, sanctions on a country, these factors affect the price of a Bitcoin as they affect any other asset class like equities.

Moreover, events such as recognition of Bitcoin as a legitimate way of payment also increased Bitcoin’s value, whereas hacking of crypto exchanges, Bitcoin regulation, the postponement of the Bitcoin’s ETF caused panic and a rapid decline in value.

The value of bitcoin increased exponentially to the delight of its investors and with that so did its popularity.

Bitcoin was listed on two futures exchanges CBOE and CME.

The listing of Bitcoin Future contracts on these exchanges has boosted the legitimacy of bitcoin and the access to trading it more frequently. Contrary to the popular opinion that the value of bitcoin could fall, given the opportunity to short them, the value of the cryptocurrency hit an all-time high in the month of December 2017.

The correction in the Indian market post budget, with the Sensex falling more than a 1000 points within a week, also coincided with the fall in values of cryptocurrencies in general and Bitcoin in particular.

This led to a lot of conjecture and speculation, about the potential impact of the impact of Indian budget on the cryptocurrencies, specifically Bitcoin.

During his Budget speech on 1st February 2018, Mr. Arun Jaitley clarified all confusions regarding bitcoin when he stated that the Indian government had decided not to recognize Bitcoin or for that matter any cryptocurrency as a legal tender.

He also clarified that, where the Indian government does not consider Bitcoin as illegal, it does consider it a highly risky investment.

The government opines that those who decide to invest in cryptocurrencies, do so after utmost research and understanding. It also encourages the use of other investment alternatives available such as Mutual Funds among others.

The government, however, suggested that was working towards adapting itself to the changing technology by adopting the blockchain technology.

Blockchain technology is the main mechanism that supports cryptocurrencies such as Bitcoin.

Further, it is possible that the RBI could bring out its own cryptocurrency in the quest to develop its own Blockchain technology.

Some experts opine that the Union Budget announcement probably does not directly influence the correction in bitcoin prices.

“The price correction has nothing to do with the Union Budget. Indian market decisions don’t impact global prices,” said Praveen Kumar, chairman and chief executive officer of Belfrics Global SDH.

An interesting turn of events suggests that as more and more regulation is brought in the cryptocurrency world by the RBI and the Indian government, both corporate and retail investors in the country would be more willing to consider an investment in cryptocurrencies such as Bitcoin.

Will the Fall Stop?

For bitcoin alone, an enormous $44 billion has been wiped off out of the total market capitalization of nearly $200 billion.

According to the global head of investment research at Goldman Sachs Group Inc., this fall is just the beginning of the potential end and the situation could get a lot worse from hereon.

Mr. Strongin suggested that investors should be prepared to witness a fall in the value of their coins as most of the digital currencies were not prepared to survive for long in their current form.

He opined that this could be the signs indicating a potential bubble and he could not find the rational as to why the process for these currencies should go up in the future.

“The high correlation between the different cryptocurrencies worries me. Because of the lack of intrinsic value, the currencies that don’t survive will most likely trade to zero.” Said Strongin.

Talking further about his opinion about the future of these cryptocurrencies, he said “Are any of today’s cryptocurrencies going to be an Amazon or a Google, or will they end up like many of the now-defunct search engines? Just because we are in a speculative bubble does not mean current prices can’t increase for a handful of survivors. At the same time, it probably does mean that most, if not all, will never see their recent peaks again.”

On the other hand, Strongin was keener on the potential of Blockchain technology in the long-term.

“In terms of using bitcoin or some of the cryptocurrencies, we are also looking at it, but I’m told the vast majority of cryptocurrencies are basically Ponzi schemes. It’s still not really clear how it’s going to work.” He said.

However, he opined that blockchain technology should be followed more carefully, as it could be used to follow money more effectively and thereby help reduce corruption.

After the government of India imposed a Long-term capital gains tax of 10% on sale of equity shares and equity- oriented units of mutual funds, a lot of investors were confused about the applicability of the same for Bitcoins.

One of the doubts arising among people is whether the gains from the sale of cryptocurrencies like Bitcoin shall be considered as speculative or as non-speculative income.

Technically speaking, the doubt is whether the gain from the sale of bitcoin would be treated under the head – Income from Capital Gains or Income from Other Sources.

Since both the heads have a different rate of tax and its applicability, clarity on the same is required.

Not only may the tax to be paid differ under the different heads of income, but also this confusion may lead to a lot of unnecessary tax litigation.

Different professionals have different opinions on the matter and the government’s stance on the taxability of gains arising from the sale of Bitcoins is eagerly awaited.

Adding to the uncertainty as to the taxability of Bitcoin, the Government’s position on it being a good or service to attract GST is also unclear.

At present, no GST is levied purchase and sale of Bitcoins. At the budget speech of 2018, Finance Minister Mr. Arun Jaitley, said that the government is working on bringing a clarity as to the applicability of GST on the same.

What Should Investors do?

Bitcoin in 2009 was created with the intention to be used as an alternative to fiat currency, is a decentralized one.

However, as we have observed in 2016 and 2017, the purpose has kind-of shifted and it is increasingly being viewed as an investment asset.

Whilst the debate that whether Bitcoin is a currency or an asset has become a hot potato; investors would be better off after a clarification by the government as to the position of Bitcoin, the taxation policies revolving it, amongst others.

At present, the government is encouraging investment in other investment classes such as mutual funds, ETFs among others.

Mutual funds are of different kinds and one can choose the mutual fund taking into account his/ her risk-return preferences, thereby being a safer investment class than investment in cryptocurrencies in general and Bitcoin in particular.