Home » Blog » Crypto » Bitcoin or Ethereum : Which to Invest in?

Bitcoin or Ethereum : Which to Invest in? 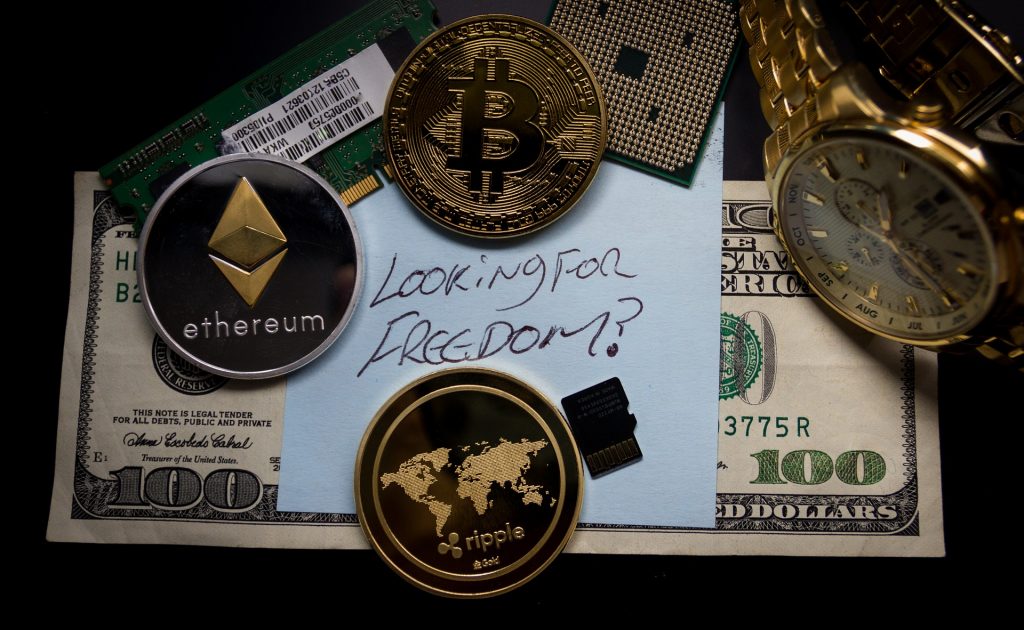 Are they digital money or more like gold? Are they a new way to pay for things online or a way to store value?

Those aren’t easy questions to answer when you’re talking about hundreds of different cryptocurrencies, some old, some new, and some very different from the rest. This diversity of half-informed opinions further enhances the confusion.

In this guide, we’ll look at two shared aspects of the cryptocurrencies: Their ability to act as a store of value and as transactional mediums. We’ll also see some of the unique features which make crypto-currencies stand apart.

When you think of crypto currencies two name that come to mind are Bitcoin and Ethereum. As one focuses on Bitcoin vs. Ethereum, though, there are some stark, obvious differences.

Let us do a quick comparison of the two leading crypto currencies.

Age of the two Currencies

Their age is the most obvious, with bitcoin having entered this world as the very first global cryptocurrency in 2009 and Ethereum only showing up in 2015 as a potential alternative.

Although it is less proven than its predecessor, Ethereum does have a few nifty features which give it a lot more potential than its older sibling in some key areas.

As a Store of Value

The most successful cryptocurrency for storing value continues to be bitcoin.

As the most valuable coin in the world by quite some margin — and the progenitor of the entire cryptocurrency revolution — bitcoin has proven itself.

It’s far more recognized than any of its peers, and that makes it easier to buy, store, and sell. That’s not to say that Ethereum and its coin, Ether, have been ineffective.

For such a young currency, Ethereum has proved to be one of the most popular. At the time of writing its market value and 24-hour trading volume are second only to Bitcoin.

The actual monetary value for a single “ETH” however, is less than five percent of bitcoin, so owning a few Ether is no way near as pleasant as owning a few bitcoin.

Bitcoins possess a built-in scarcity. There is a hard limit on the eventual number of bitcoins, with diminishing returns for miners as they approach that mythical 21 million mark.

One day no more bitcoins will be created, and no matter how many end up being lost, no more will be made. Thanks to supply and demand, that means bitcoin should, in theory, grow in value, at least until no more coins appear.

In comparison, Ethereum will continue to release the same amount of Ether on a regular basis forever, so its supply will remain constant and expanding.

Cryptocurrencies are nothing if not volatile, though, and as much as it seems most likely that bitcoin will remain the king of the cryptocurrencies for the foreseeable future, there is no guarantee of that.

As a Medium of Exchange

However, from a general point of view, Bitcoin and Ethereum differ in purpose.

While Bitcoin is created as an alternative to regular money and is thus a medium of payment transaction and store of value, Ethereum is developed as a platform which facilitates peer-to-peer contracts and applications via its own currency vehicle.

While Bitcoin and Ether are both digital currencies, the primary purpose of Ether is not to establish itself as a payment alternative (unlike Bitcoin) but to facilitate and monetize the working of Ethereum to enable developers to build and run distributed applications (ĐApps).

Part of the reason there are so many crypto coins today is that many of them are built on Ethereum’s underlying technology, even relying on it entirely in some cases.

While the specifics of that are beyond the scope of this article, it’s all possible because of one key feature that Ethereum has that bitcoin doesn’t: Smart contracts.

How the Two Currencies Work?

Where bitcoin supports quite simple scripting (comparatively), Ethereum can handle much more complexity thanks to its smart contract system.

It makes it possible to set simple rules which have to be followed, effectively forcing contractual compliance in a manner that would never be possible with a real-world contract, without some sort of middleman.

While both Bitcoin and Ethereum are powered by the principle of distributed ledgers and cryptography, the two differ in many technical ways.

For example, the programming language used by Ethereum is Turning complete whereas Bitcoin is in a stack-based language.

Other differences include block time (Ethereum transaction is confirmed in seconds compared to minutes for Bitcoin) and their basic builds (Ethereum uses ethash while Bitcoin uses secure hash algorithm, SHA-256).

So, Which is the Best – Bitcoin or Ethereum?

Although you will easily find people willing to definitively tell you that one cryptocurrency (even outside of the Ethereum vs. bitcoin debate) is better than the other, that would do a disservice to whichever the ‘loser’ is.

Both Bitcoin and Ethereum have their advantages and like most other cryptocurrencies, which one is right for you is very much dependent on your financial situation and what you want out of your investment.

If you want to buy in to the most proven cryptocurrency with the most developer support, Bitcoin is the better of the two currencies. It’s the most expensive out there though and its transaction fees are high, so if you want a big return on what you’re putting into it, you’ll need to have plenty to spend and be patient.

Bitcoin has repeatedly swung upwards and downwards in value in recent weeks, and its historic crashes can be devastating for those with big money invested. But as the die-hard fans often say, just “hold.”

If you plan to make more regular transactions, to pay for goods or services, or send cryptocurrency to a loved one, Ethereum is much more manageable.

With less of a scaling problem, its blockchain is far more open and you’ll see your currency confirmed far faster. You’ll be charged much less for the privilege too. It’s not perfect, but it’s far better than bitcoin in that respect.

If you are planning to put money into Bitcoin or Ethereum, do your research first.

This is still a young venture and the future of any and all of them is far from certain.

Moreover, with government of India coming up with sanctions on cryptocurrency recently, one should be cautious while trying their luck in cryptocurrencies.

Still if you want easy returns and are open to risk then you can try investing in small-cap funds which is still better than diving in uncharted waters of cryptocurrency.