Home » Blog » Crypto » Bitcoin Mining Explained: All You Need to Know About the Modern Gold Rush

Bitcoin Mining Explained: All You Need to Know About the Modern Gold Rush 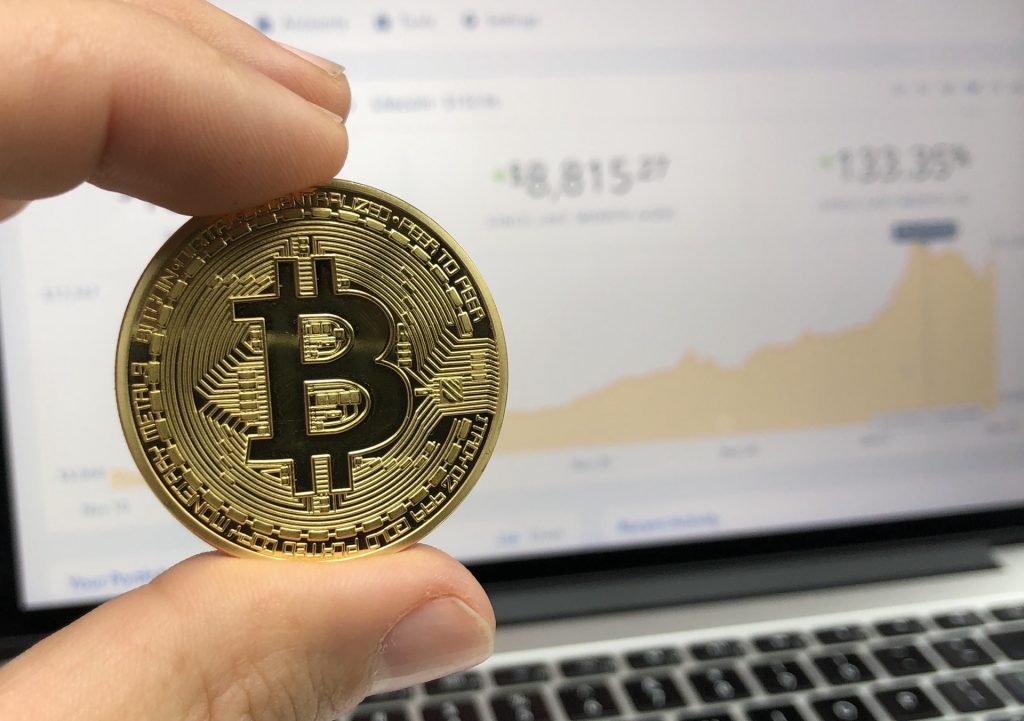 Bitcoin mining is deliberately made in such a way that it consumes resources and is difficult so that the number of blocks found each day by miners remains stable. Individual blocks must consist a proof of work to be considered valid. This proof of work is examined by other Bitcoin nodes each time they receive a block. Bitcoin uses the hashcash proof-of-work function.

The primary motive of mining is to let Bitcoin nodes to reach a secure, tamper-resistant consensus. Mining is also the process used to introduce Bitcoins into the system: Miners are paid any transaction fees as well as a subsidy of newly made coins.

This both serves the motive of circulating new coins in a decentralized manner as well as encouraging people to provide security for the system.

A proof of work is a piece of data which was difficult to produce in terms of cost and time consumption so as to meet certain requirements. It must be insignificant to check whether data satisfies said requirements.

Producing a proof of work can be a random process with low probability so that a lot of trial and error is needed on average before a valid proof of work is generated. Bitcoin uses the Hashcash proof of work.

Some nodes are mining nodes, called miners. These group outstanding transactions into blocks and add them to the blockchain. They do this by finding a complicated mathematical puzzle that is part of the bitcoin program, and including the answer in the block.

The puzzle that needs an answer to is to find a number that, when combined with the data in the block and passed through a hash function, gives a result that is within a certain span. This is much tougher than it sounds.

The resulting hash has to start with a pre-established number of zeroes. There’s no way of finding out which number will work, because two consecutive integers will give wildly different results. What’s more, there may be several nonce that give the desired result, or there may be none. In case of none, the miners keep trying, but with a different block configuration.

The first miner to get a resulting hash within the wanted range announces its victory to the rest of the network. All the other miners instantly stop work on that block and start trying to spot out the mystery number for the next one. As a prize for its work, the victorious miner gets few new bitcoins.

The difficulty of the calculation (the required number of zeroes at the beginning of the hash string) is adjusted quite often so that it takes on average about 10 minutes to process a block.

10 minutes are taken because that is the amount of time that the bitcoin developers think is necessary for a stable and decreasing flow of new coins until the highest number of 21 million is reached.

At the time of writing, the reward is 12.5 bitcoins, which at time of writing is worth a lot of money and the market value of the bitcoin keeps on fluctuating on a regular basis.

Although it’s not nearly as easy a deal as it sounds. There are a lot of mining nodes competing for that reward, and luck and computing power play an important role because the more guessing calculations a miner can perform, the luckier he gets.

Also, the costs of being a mining node are high, not only because of the powerful hardware needed. If the miner has a faster processor than his competitors, he has a better chance of finding the correct number before others, but also because of the large amounts of electricity that is needed for running these processors.

And, the number of bitcoins awarded as a reward for solving the puzzle will reduce. It’s 12.5 now, but it halves every four years or so (the next one is expected in 2020-21).

The value of bitcoin relative to the cost of electricity and hardware could go up over the next few years to partially pay for this reduction in bitcoins, but it’s not sure.

In regions such as north eastern China, Peru and Chile, the supply of electricity produced from renewable sources is so high that electricity is given away for free.

Chile in 2016 generated a lot of solar energy because of which it had to distribute most of it for free. Since then, the government of Chile has manufactured more solar plants and concentrated on building infrastructures to produce enough clean electricity to power the entire country without additional costs.

It is important to admit that minimum consumption of non-renewable and costly electricity is in the interest and benefit of cryptocurrency miners. It is for this particular reason that many miners have shifted to regions like north-eastern China, Chile, Norway and Iceland wherein miners can get cheap electricity from renewable sources and naturally cool down their facilities with cold climate.

In Iceland, almost 100 percent of energy and electricity is produced from renewable sources. Hydroelectric power and geothermal energy account for 99.8 percent of Iceland’s electricity. In Norway, another popular country for cryptocurrency miners, hydropower accounts for 95 percent of electricity produced by the country. In both countries, electricity used by households and facilities are almost entirely produced by clean and renewable energy.

It is advantageous for miners to shift to countries like Iceland and Norway because low-cost electricity substantially decreases operating costs.

The stunning success of cryptocurrencies around the globe has had a more unanticipated impact on the island of 340,000 people. It could soon lead to energy shortage in the middle of the Atlantic Ocean.

Iceland has become one of the world’s main locations for energy consuming cryptocurrency servers. Analysts explain it as a 21st-century gold-rush equivalent.

The industry’s electricity demands have risen drastically, too. For the first time, demand for electricity now is more than Icelanders’ own private energy need, and energy makers fear that they won’t be able to meet with the increasing demand if Iceland continues to attract new companies because of the success of cryptocurrencies.

Many new companies have entered Iceland with an interest to open up new data centers to mine cryptocurrencies in recent times, even as problems increase that the country may have to reduce investments because of an increasingly stretched electricity production capacity.

The bitcoin rush may have amazed locals in Icelandic cities that are unexpectedly rushing with cryptocurrency technicians.

The economics of bitcoin mining mean that most miners need dependable and very low-cost power on the order of 2 or 3 cents per kilowatt-hour.

As a result, a lot are situated near sources of hydropower, where it’s less costly.

Since huge amounts of power are used, the environmentally concerned consider the practice extremely unnecessary. Bitcoin mining is a smart business model because it needs no staff and little investment.

Moreover, taxes on cryptocurrency mining operations are less, although that may change, as Iceland’s politicians have been made conscious of issues surrounding bitcoin mining.

The data centers there are specially made to exploit the constant wind on the bare peninsula. Walls are only partial on each side, letting a draft of cold air to cool down the equipment.

Helmut Rauth, who manages operations for Genesis Mining, a major bitcoin mining company said that what they are doing in Iceland is like gold mining. He further added that they are mining on a huge scale and giving the gold out to the people.

Genesis Mining, founded in Germany, shifted to Iceland in 2014 when the price of bitcoin increased from $350 to $1000.

The currency’s price was impacted in January 2018 when China declared it would move to wipe out its bitcoin mining industry, because of problems of huge electricity consumption.

Bitcoin mining is competitive and the objective is that a miner wants to decipher or find a block before other miner does. Then he will get the block reward and transaction fees from the block.

During the last several years miners have seen huge amount of hashrate coming online which made it difficult to have much hashrate personally individually to decode a block, thus getting the payout prize. To compensate for this pool mining was developed.

Pay Per Share (PPS): The Pay-per-Share (PPS) method is to offer an immediate flat payout for each share that is deciphered. The payout is given from the pool’s existing balance and can therefore be taken instantly, without waiting for a block to be deciphered or confirmed. The possibility of cheating the miners by the pool operator and by timing attacks is thus entirely removed.

This approach results in the least possible variance for miners while transmitting all risk to the pool operator. The resulting chance of loss for the server is offset by giving a payout lesser than the full anticipated value.

Pay Per Last N Shares (PPLNS): PPLNS has a higher payout. PPLNS will give miners wide variation in 24 hour payout, but for committed miners, the law of big numbers states he will earn more this way. This is for people trying to mine as quickly as possible.

One thing to remember in selecting the pool by a miner is to keep in mind the global hashrate and if he can select a pool that may not have the most hashrate.

In doing this he strengthens smaller pools and widens the hashrate out to help mining decentralization. Miners also want to select a mining pool with nodes the closest to where his miners are situated. While most pools nodes are okay from all over the world it can assist with lost shares and lower dormancy.

Bitcoin.com has its own mining pool which provides both payout methods mentioned above. Anyone can begin mining today with competitive pricing and cloud mining contracts which is sure to give gains.

All this will help people understand more about Bitcoin Mining and how it is done. This will help in understand why companies these days are investing in bitcoin mining. This also gives an understanding on huge amount of electricity consumed while mining bitcoins.