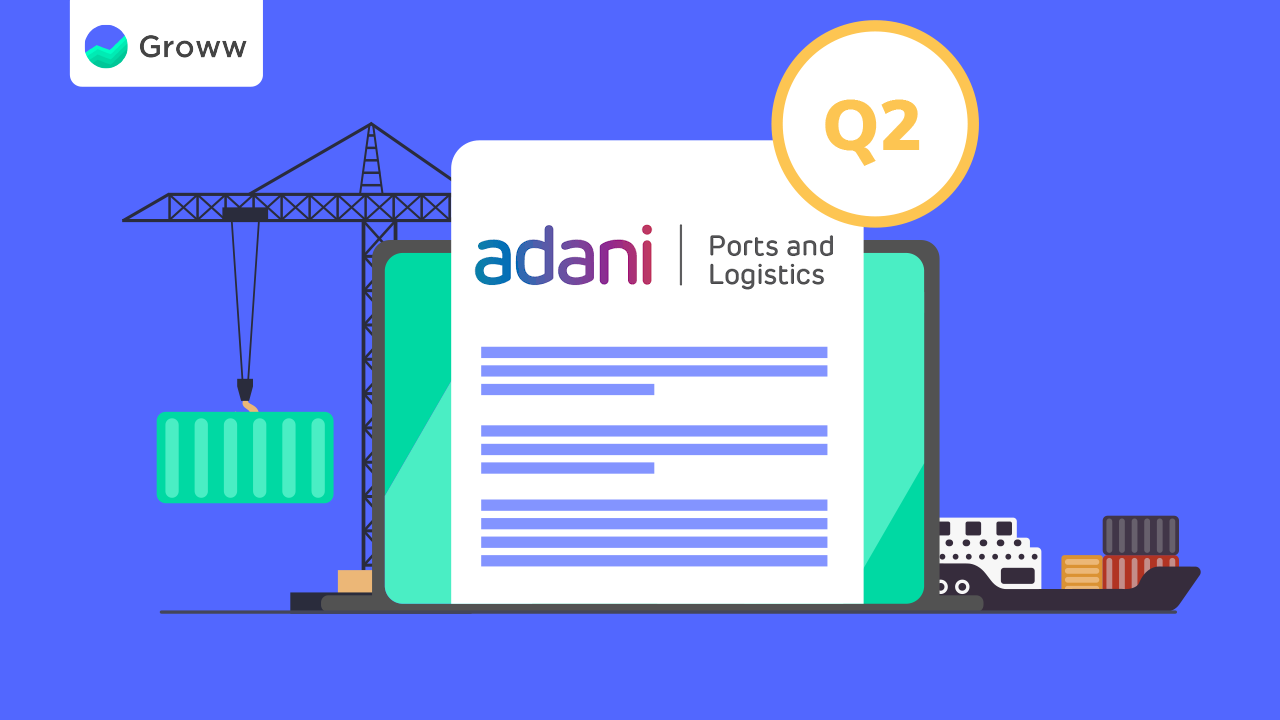 Adani Ports and SEZ Ltd. published their quarterly results for the second quarter of the financial year 2021-22. The results showed a 31.38% fall in the company’s consolidated net profit to Rs. 951.70 crores from the same quarter last year. The total consolidated income, however, increased 18.8% to amount to Rs.4,066.78 crores.

The largest commercial port in India at Mundra helped APSEZ achieve the highest margin among peers, at nearly 70%, while ATL continued its winning streak with maximum availability that pushed its profit margins to 92%. Acquisition of a 10.4% stake in Gangavaram Port (GPL) held by the Government of Andhra Pradesh is now completed for a consideration of Rs.645 crore. With this APSEZ holds a 41.9% stake in GPL.

The earnings per share (EPS) of Adani Ports and SEZ reduced considerably from Rs.6.83 last year to Rs.4.66 this year.

Before the results were announced, the shares of APSEZ closed at Rs.745.85 on the National Stock Exchange, a fall of 0.54%. Adani Ports and SEZ had also declared a dividend of Rs.5 per share on the 4th of May 2021.

The management said that the company’s net debt to EBITDA remained within the range of 3 to 3.5 times as it stood at 3.60 times after the quarter. According to the company, this is a desirable level. The CEO and whole-time director of APSEZ, Karan Adani, said that the company’s strategy of geographic expansion which focuses on higher growth regions, balancing the cargo mix, expanding the logistics business, and foray into the Grade-A warehouse segment shows that the company is moving towards the ‘transport utility’ business model.

This is also contributing to the increased market share of APSEZ. He also stressed on the latest acquisitions of the Sarguja rail, Dighi port, and Gangavaram port along with a greenfield port in Colombo, Sri Lanka are the steps that the company is taking towards expansion and increase in market share. He said that the company is on target to achieve its volume target for this financial year which would make this year a milestone year for the company.