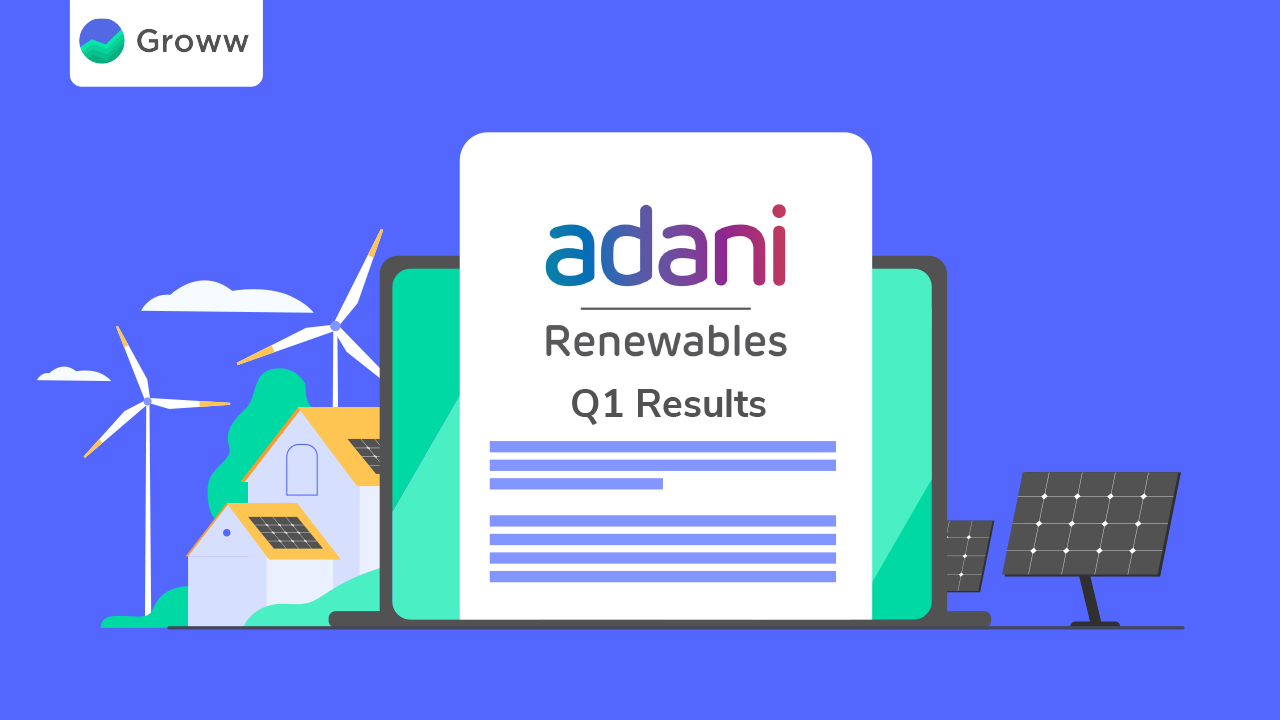 Adani Green Energy Limited reported quarterly figures on August 4. A 22.89% jump in total income to Rs 1,079 crore in Q1 FY2022 over Q1 FY2021 led by robust growth in revenue from the power supply, pushed the company to report its best-ever revenue in a quarter yet.

Revenue from power supply rose by 39% y-o-y to Rs 848 crore. This, along with tailwinds from robust growth in capacities and improved Solar and Wind capacity utilization factor (CUF), resulted in Adani Green reporting a nearly 10-fold increase in profit. Net profit for the energy supplier shot up from Rs 22 crore in the year-ago period to Rs 219 crore in Q1 FY2022.

Cash profit for the company climbed 35% to Rs 460 crore in the quarter under review as compared to Rs 342 crore in Q1 FY2021. This is also one of the highlights of the Adani Green Q1 results today. It is the best-ever quarterly collection reported by the company.

The company reported a remarkable earnings quarter with record-high numbers and minimal setbacks despite a raging pandemic. However, Adani Green Energy’s total income q-o-q dipped from Rs 1,082 crore to Rs 1,079 in the June quarter.

“In just two years, AGEL has marched to the very forefront of the world’s renewable energy brigade, accelerating the transition to green energy faster than any other company in the world. The acquisition of SB Energy’s high-quality renewable energy portfolio has further consolidated our position as the world’s largest solar player thereby keeping us on track to become the world largest renewables player by 2030,” said Adani Group’s Chairperson, Gautam Adani.

The company has commissioned a 150 MW wind plant in Gujarat and a 50 MW solar plant in Uttar Pradesh. Adani Green Energy is also in the process of acquiring SB Energy’s 5 GW India renewable energy portfolio.

What Does This Mean For The Investor?

The SB project along with other new projects can be key growth drivers for the company after it reported a stellar quarterly result. Adani Green Energy forecasts its receivables to improve in the medium term. Market experts are expecting consistent growth in revenue from power supply and growth in wind and solar capacities, and further orders from its customers ranging from Solar Energy Corporation of India (SECI) to National Thermal Power Corporation (NTPC).