Home » Blog » Markets » A Coalition Regime Can Impact the Economy Positively. How?

A Coalition Regime Can Impact the Economy Positively. How?4 min read 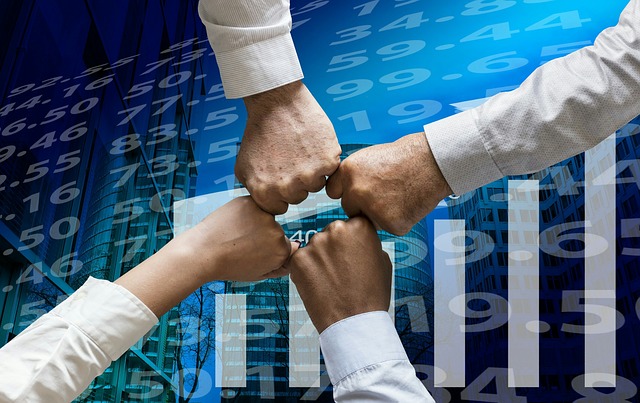 Election results of the largest democracy will be out in a few weeks.

Coming to the financial markets, people are anxious. This anxiousness is due to the fact that many exit polls have predicted  formation of coalition government at the center.

According to financial experts, the thought of a coalition government is not welcome in the financial market and a lot of business houses.

The conclusion being, coalition governments bring instability and obstacles in policy making, thus negatively affecting the markets and bleeding the economy. The data from the past shows otherwise.

Here are 5 myths that we bust about the impact of coalition governments on the economy.

Myth 1: Market Returns are Not Good

The first myth we counter is that when the coalition government is in power, market returns are affected and investors are hesitant to invest further.

We look at the data from the last 15 years, covering three governments.

The UPA 1 coalition government from 2004 to 2009 in which Congress was the largest party had only 145 seats. The ruling government included the support of regional parties such as Left Front, Samajwadi Party, Bahujan Samaj Party among others.

During the second term of UPA government or UPA 2, another coalition occurred, the Nifty doubled from 2009 to 2014. In this government, Congress emerged as the largest party with 200 seats and the market was able to deliver the second-best five-year return.

Coming to the present government, in which NDA has majority, with 336 seats and BJP is the largest party with 282 seats, the market has delivered 50% in four years of operation.

The second myth encountered is that when there is a coalition government, the growth of the economy takes a hit and GDP does not grow at the desired rate.

It also should be kept in mind that while in UPA 2, the number of seats under Congress increased to 200, implying that under the UPA 2 should have free-hand in decision making as it needed less support to form the government.

The tenure of UPA 2 also coincided with the aftermath of the global financial crisis of 2008, during which the overall global economy was recovering and growing at a slow pace.

The Modi government has a GDP growth rate of around 7.3%, with policies such as demonetization and GST, which has impacted the growth rate in a short time period.

However, it should also be taken into account that GDP is also dependent on other world economies and strong global tailwinds which were primarily doing well during the first half of 2000s.

The government’s policy and reforms does affect the GDP growth rate, but these cannot push beyond an above threshold if global conditions are not favorable.

Myth 3: Reforms are Not Passed

The third myth we counter is that under the coalition government due to the presence of a number of parties, the decision-making process is hampered and key reforms are delayed or not passed at all.

While it is understandable to assume that in a coalition government there are multiple stakeholders, the decision making will be slowed down, thus, impacting the timeline of the reform. However, the past governments have shown that this is not true.

The present income tax system in place was passed by a coalition government in 1998.

While the present government has also passed reforms such as GST and Demonetization. The verdict on the success of these is still out there, but from the criticism on the modus operandi of demonetization, it shows that it is a good thing that multiple stakeholders are involved in decision making.

Reforms are of utmost importance for the growth of the Indian economy.

Another myth is that under the coalition government, corporate earning takes a hit.

The Nifty earnings rose by around 18% CAGR from 2004-2009 and by 10% CAGR from 2009-2014. Under both coalition governments, the corporate earning (which is a good benchmark of overall profitability) experienced a double digit growth.

Similar to GDP, corporate earning is not just a reflection of government policies, but a global business environment as well. Almost all corporate houses have dealings with other countries.

Coalition government or not, perhaps, the most important factor for the market to consider is the stability of the government. The market craves for stability at the center and it does not necessarily depend upon the structure of the Lok Sabha.

There is no way to know whether Congress with 125 seats under UPA 1 was more stable than 200 seats under UPA 2 or vice-versa. The stability is dependent on how the regional parties at the helm co-ordinate among various stakeholders.

Similar views were echoed by various well-known names of the financial market. RBI Governor Shaktikanta Das said, “We have all been infected with the virus of progress and growth. Even if a coalition comes, it will tread on the same path and it is advantageous for us,”.

Head of the diversified conglomerate JSW, Sajjan Jindal also seemed positive of the idea of a coalition government, saying that;

There is no problem. I think we are a mature democracy and we have seen even coalition governments providing good governance, so I am not worried,”.

Based on the above evidence, it is difficult to imagine, why the general consensus is that coalition governments are bad for the economy.